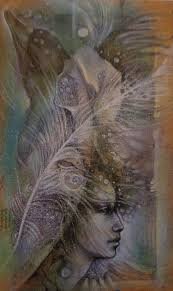 ​
As I will be travelling on the New Moon tomorrow I will wish all Piscean people Happy New Moon now, and also wish all Virgos Happy relationship New Moon.

It's a new beginning energy for Pisceans on all levels and the same in regard to relating and relationships for Virgos.

Bear in mind a New Moon can often effect our energies on physical levels with a slowing down effect, but the mind should be sharper and clearer, also in the days to follow towards the crescent moon so this will be the best time to plan ahead, make decisions if you need to on the important areas in your lives.

A New Moon is always a key time that triggers other transits happening in your birthcharts at this time or long term, which can be over a year so this acts as a catalyst to a lot for many of us and especially for Pisces and Virgos .

This New Moon is at 23 degrees Pisces and this for me is exactly on my home zone (IC) cusp, so as it happens I just heard I will be moving house, so this is spot on for me but it was quite a surprise that the opportunity has come up at this time. So I am a little bit in shock as I write this.

At this time we are in a phase of the Nodal Bind I wrote about months ago where all the planets are in one section of the heavens with the Nodes leading and trailing.
This is a time that dominated some of last year and now this year until 28th April. This doesn’t count the moon which is moving faster than other bodies but right now at this New Moon , the Moon also is enclosed.
This planetary phenomena is often seen in times of separation, isolation, disconnection, and pressure to be self-resourceful.

Luckily this formation does not occur too often but when it does, it’s as though time stops still and traps us in a capsule making it difficult to interact and express ourselves in the usual way.

The aspects of larger planets in this period can be exaggerated with the Nodal Bind energy so the aspect of Uranus and Saturn in square is being activated at this time even though its no longer exact but it will happen again in June.

Its as if we are enclosed in our own little bubble a lot of the time or only able to connect with certain people, and of course its enclosed us in our countries pretty much as well. So hopefully when this ends again we can all have more freedom to move around the planet.

This is all very Piscean and very “12th house” which carries similar energy.

With this New Moon tomorrow we must take into account the Sun squaring Juno in Sag today which is a little challenging for families and relationships and could bring up some past issues to deal with especially in areas of sensitive patterns from the past that we may not have totally dealt with.

Sagis and Piscean types may clash, as Sagittarian type people can be very outspoken at times or appear insensitive, and Piscean types can be overly sensitive and easily hurt when feelings are vulnerable.
All Piscean senses are heightened at this New Moon as it is.

On the New Moon tomorrow Mercury in Aquarius will quintile Uranus in Taurus which will enhance our mental abilities and help us find inventive and original solutions to any issues such as insecurities that have arisen on the approach to the New Moon.
Virgos, Geminis, Aquarians and Taureans will be in tune with this but so will we all.

Use the New Moon energy to tune in to your higher self and other dimensional realities to celebrate your own amazing spirit tomorrow, whether you are Pisces or not, as we all have every sign within us and with Pisces they are much more aware of this than most as they have lived lives in all other signs and are said to be on the last cycle moreso than most signs, which is why they “feel” so much or suffer so much through their empathy with others and their tendency to take on other peoples feelings and ailments.

Pisces more than any other sign has to work hard on keeping strong boundaries on all levels of being.

Globally as mentioned before this means more healing, more compassion, more spiritual connection to other fellow human beings in the times ahead especially from May, although throughout the year there will also be the more objective influence of Aquarius with its teamwork and striving for equality and peoples rights for freedom of speech.

The day after the New Moon the Sun will quintile Mars in Gemini which is a positive and active aspect of motivating us to make the brave and bold moves if we can as our courage will be enhanced with this aspect in the best possible way that helps us to express other dimensional levels of being.

Chiron will conjunct Ceres in Aries , 7/8 degrees (my Neptune degree opposite), a powerful aspect of love and wisdom in action. In fact this will be quite magical in its effect on many of us especially Arians and Librans, but also on those of us with planets or points in that degree.

And best of all Venus will conjunct Neptune the sane day as the Chiron aspect in Pisces 20 degrees. This is a most beautiful aspect of spirit and love combined as it is said that any connection of these planets brings the most special gifts from spirit even oppositions or squares, although for some it could indeed bring escapism with the latter two if they were not in tune with their own higher self.

This conjunction is one of healing , strong intuition and also equally strong creativity. Its one of blending together with others who are in tune with nature and the unseen areas of the heavenly and earthly spheres.

Lovely Piscean days ahead so lets take a deep dive into Neptune's oceans and discover as many colourful gifts as we can , from spirit or Earthside at this very special time of the year for we fish and others who are in tune with Piscean energies.
Last edited: Mar 12, 2021
"We are endless galaxies but we have seen just one star."
My Astrology focused Facebook Page: Neptune's Magic
Reactions: Lila and Linda