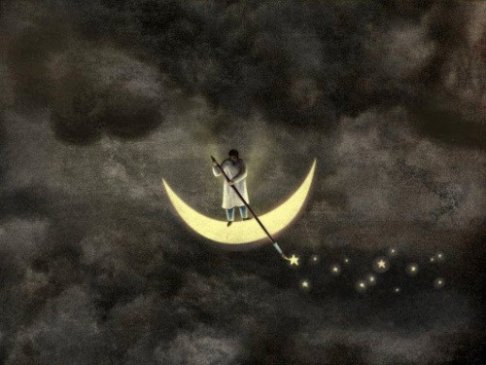 ​
The moon is currently Perigee, closest to the earth and as we are still under the influence of the New Moon in Virgo , the energies of that are still very strong today as are the aspects that surround it.

Perigee moon near a New Moon tends to bring that dual New Moon/Full Moon effect so events have a stronger influence on us, emotions are close to the surface and reactions to things a little more sensitive.
And this New Moon has brought unusual events for many of us due to the Venus/Uranus aspect so close.

The moon in Libra in the last 2 days has helped us regain balance so it's easier to make decisions and work through any difficulties that have been caused by the not so positive aspects.

The Suns trine to Saturn feels helpful too.

Mercury in Libra has been quincunx Neptune in Pisces which is an aspect I rather like, having a mutual reception between the signs, so I’m finding it easier to be more selective of whom I choose to interact with if it involves different opinions so instead of engaging at all I am tending to let it go, ignore it. I have done that several times today and maybe its Venus and Pallas in aspect, or Mars Rx as well but I am finding it easier to step back and keep my own counsel so this is a plus for peace of mind right now.

The above Mercury/Neptune aspect is one of blending various ideas together to get a positive outcome or agreement and also very good for creative pursuits, or meditating, finding common ground as it’s a highly intuitive aspect as well, so its telling us to call on our intuition if all else fails.

Virgos, Geminis, Librans and Pisces will feel this the most or that “type” of person.

The Sun in Virgo is novile to Vesta in Leo, a novile being an aspect of completion and being aware of the multidimensions involved in a situation or event. This is helpful for all of us as it adds a different kind of depth than usual to the happenings of this Perigee moon day.

There is more access than usual to our Higher Self for inspiration.

The Moon is now in Scorpio wit the Sun in Virgo quincunx Mars Rx in Aries so this means asserting ourselves more than usual if we are questioning certain concepts, so this could bring a little angst for some of us if we have to confront those who have been holding back a bit.

This is not about outright arguments or wars but mainly challenging the status quo which is often a good thing but sometimes not.

Be aware of the intensity of Moon in Scorpio and how many people have been bottling thoughts and feelings for a long time, and if they are secretly over being restricted for so long they may be more inclined to want to front up a lot more than normal, but at least this is a quincunx and not a square or opposition.

Arians and Leos, Virgos too and probably Scorpios may be feeling more feisty than usual in the coming day or more.

Juno moves into Scorpio speaking of challenges and in depth matters. Juno is right at home in this sign as there is a lot to do, a lot to probe, as she can do so well, as Scorpios are her biggest challenge and she is well up to it.

Scorpios hold back – they are well known for this so its time to bring out the family skeletons and speak out about their own personal history whatever its about.
Time to let loose with the deep dark secrets and address the issues that no one usually talks about and likes to keep well hidden, past, present or future and especially in this case if there has been an abuse of power or oppression that no one has dared speak of before.

Juno in Scorpio in fact brings up certain Global concerns in areas of sexual abuse of the very young that has come to our attention, not fully, but hints of the same and of people being arrested and more to come.

Juno is going to be in Scorpio for the rest of the year so we may be hearing more about this subject, a subject that is so terrible to be almost taboo to air.

Many secrets are about to come to light globally and personally

On the positive side Juno will make us all more open to discussions on matters that stir our souls in positive ways and to air our deepest fears and passions too.