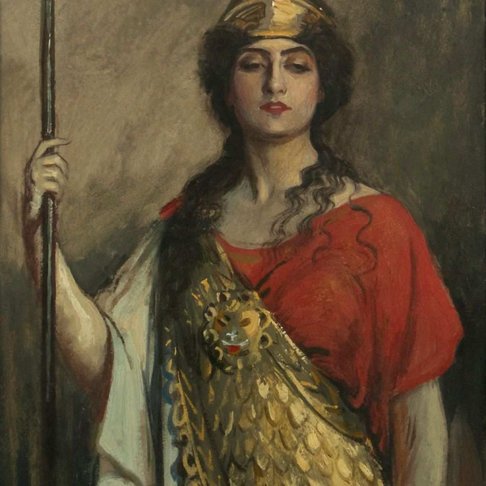 ​
Pallas moves into Aquarius today to join Saturn and Mars, adding to the team that will lead us into a better world after a year of birthing pains when much of our trust and integrity will be tested to the extreme, but like Saturn she will Rx back into Capricorn by July, and then join the Saturn and Jupiter team at the end of the year.

In the meantime she will add to the effect of changing rules in our society for the better, as she will argue the case for good, and help to change the old attitudes and laws that force, blame and control, help us maintain a healthier world and environment even after this virus scare is gone, as the one thing this has done is to clean up a lot of pollution in the world but there is much more to come yet.

Pallas argues the case and is of the nature of how the United Nations ideally should be, making sure everything is solved without violence or unfairness to any party.

Pallas is of the nature of Aries/Libran and Aquarius.

The moon in a few hours will be in Leo to enthuse us with more confidence and vitality, especially Leos.

Tomorrow we have a very strong aspect of Mercury in Taurus conjunct Uranus at 6 53 degrees or basically 7 degrees.

This is a time to make use of our own original and more inventive ideas as this is a real “lightbulb moment” aspect.

Without the Taurean energies these thoughts or ideas may not be practical, or we may not be grounded enough to make them manifest in the physical world.

There is a strong possibility for many of us to gain more than the usual inspiration from other dimensional planes in the two days to come, so take note of any unusual ideas or strong inclinations that come to you during this time.

Some people may feel anxious moreso than usual. I have felt this a little on and off in the last 12 hours myself.
I have Uranus very strong in my birth chart squaring my Mercury.

So the best thing to do to stay grounded is to put your energies towards something that is calming, that you love doing, art, the garden, handcrafts etc, walking your dog, cooking etc …

We can expect to hear some surprise announcements on the media with this aspect around but then that’s been the norm lately, so it would have to be extra surprising to get our attention.

Tomorrow Pholus, one of the centaur asteroids, stations before retrograding, at 4 degrees Capricorn, marking a point of sudden or unexpected change, very in tune with the Mercury /Uranus aspect.

There is often a sudden revelation likely with any influence of Pholus and a great release also of pent up tension.
This release can provide the impetus for a huge healing energy to permeate throughout our being.

Anyone with planets or points on this degree could experience something of the same but for everyone this is a turning point of changes in thinking, realisations, especially in areas of what we, in our innocence. formally believed to be a truth.

Tomorrow begins the 1st quarter moon phase which is when issues emerge that require taking action or making adjustments. This can be considered a stage of conflict, but also of building. Things are beginning to take off and to gain momentum.
Last edited by a moderator: Apr 29, 2020
"We are endless galaxies but we have seen just one star."
My Astrology focused Facebook Page: Neptune's Magic
You must log in or register to reply here.
Share:
Facebook Reddit Pinterest Tumblr WhatsApp Email Link