Article On the Pyre: Bends of Light (1 Viewer)

Was this hell, that I was directing these aspects of self toward? If so, it was holy. 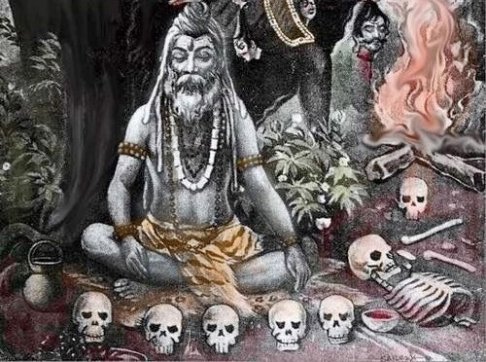 I was invited to enter through a wheel of fire and leave some part of myself there. Here’s what happened.

Last night, I got a message: “Cremation of your failed aspects of self happens during sleep. Decide what you want to release and send them to the cremation grounds.” Something like that. I was kind of sleepy, but the message was clear when I received it.

So, I thought, being quite honest with myself, there are definitely some echoes of past self that I’ve been seeing lately. The selfish, mean, arrogant person I used to be when I was young and in fear of being seen as inadequate. I think you might understand what I mean… we all have those outfits lurking in the closet, hidden from daylight, that we can stand to recycle. Open the door and take a look, and toss the outmoded persona into the bag for burning.

This little invitation came the night after I had received another short message upon going to sleep. They are related. Think someone’s trying to tell me—and us—something? “When you feel you are losing your sense of self, allow it. You cannot lose yourself. Recognize your pride for what it is. Send it back to your soul source as a gift to your future self, in recognition of what you have accomplished.”

They added a little something after that, which puts the “why” of this exercise into perspective: “It is nearly time for the world to change. Expect to see much polarization. The next marker is coming. Review the markers and share them tomorrow, then watch.” So, another invitation to you. Visit the markers here and here, and see what stands out. I might add to watch with some detachment and not allow yourself to get sucked into the drama, wherever it unfolds. There’s plenty to go around. Be settled and centered. And that’s the segue into today’s main message.

Here’s what I saw. Cremation grounds just ahead of me, funeral pyres rising high, orc-like attendants standing ready with torches aflame. Behind them, pools of fire. I shifted my attention to something ready to be let go of, the part of me that likes to be right. Ok, I’m done with that. That’s a relic from long ago and I haven’t needed it, I never needed it, I only ever needed to be heard. So off you go (telling it, you know I’m right about this). A bent figure with a haughty head sniffed at me and slunk off toward the cremation grounds, clambered up a pyre, where an attendant set it on fire. Whoosh, it was gone, ashes.

I did the same with an aspect that shows up when I have difficult conversations with my son, when I want him to do something a certain way and he does the opposite. I decided I was done with that scene. What I saw was a big roly-poly figure that bounced off the edge of a ledge in the opposite direction to where I was pointing for it to go. I grabbed it, and tossed it toward the cremation grounds. It couldn’t climb, but rather rolled and dissolved into a pit of lava. Gone.

Another aspect was a brat, who didn’t want to go, so I said ok, you wait here and when you’re ready, you will go. There was another that argued with me about going, but eventually it went, and stood stubbornly, arms crossed, glaring, in a burning lake of fire. Maybe it’s still there. There were others, each taking their own unique way to the grounds, each having its own experience of being extinguished by fire. The attendants were most helpful.

Was this hell, that I was directing these aspects of self toward? If so, it was holy. I thought of the image of Shiva sitting in the cremation grounds, of Shiva dancing on the back of the demon of spiritual ignorance, of Shiva perfectly balanced, unperturbed by chaos and elemental fire. I have a special relationship with the concept of Shiva as consciousness, from years of practice and burning in tapas following my exit from the limiting walls of church. This eventually led to a more expanded experience of what was supposed to be happening within the walls of church, without walls, outside the dimension of compartmentalization of spirit, but that’s another story. Suffice it to say that avatars aplenty have appeared to lead through the minefields of life in this world toward more universal truths than any one building or book can possibly hope to contain.

I invite you to try this exercise, and if you do to undertake it with both reverence for yourself and with detachment for that part of yourself that lingers like dank old outfits in the back recesses of your closet. Feed the fire of your own freedom by releasing into it what binds you to ignorance, and awaken renewed in peace and fearlessness.

Maryann Rada | Open I | Deepen Your Exploration of the Sacred

Maryann Rada 's writings speak to our transformation toward a divinely aware galactic humanity. Deepen your exploration of the sacred nature of reality.

Love
In the moment in which you forgive yourself for being human, you become more fully human, and more divine.
https://ninespath.com
Reactions: One65, Linda and June

Oh timely discussion about time and other 'out of space and time' type things. You certainly have my attention.

From the markers, this one makes me think of June talking about Big Ben

First, you will see the turning of a great clock from clear to imminent. This will mark the change, on our side, of having more influence upon the general sleeping public.
Click to expand...

(It's from your second hyperlink.)

You will hear of grave illnesses and death.
Click to expand...

which we've certainly had lots of, followed by this

Then, you will hear of war, but the conflict will end before it begins.
Click to expand...

Upon reading the markers this time, this really stands out for me, especially the last line. Apparently, there's still thing to do...

In peace we leave you with this thought: When you hear news of the final end of the nation of dark secrets that operates with help from the seat of the church, our arrival will be a matter of days. Do not gaze at the sky in anticipation. You have some things to do yet.
Click to expand...

I have been to the burning ghats along the river bank. It is such a natural thing, the flow of water, even if soiled, the flames dominating for a short time while the essence of matter returns to its spiritual domain, the fleck and dross disintegrating into particles that wash away with the current.
In the Shiva ritual it is cosmic mind doing the shedding. In the space between worlds (in religion, the Hell of the Damned) thought forms mingle, converge, insist. Thought forms have their time to express, and their time to die. Shedding old garments of ego is telling the thought form to take a free pass and ride into annihilation. Gone, gone, with energy to spare to become new.
Vibrate in accord with the universal notes​
​
I see it's time to change my signature message. Out with the old and in with the new! ​
You must log in or register to reply here.
Share:
Facebook Reddit Pinterest Tumblr WhatsApp Email Link