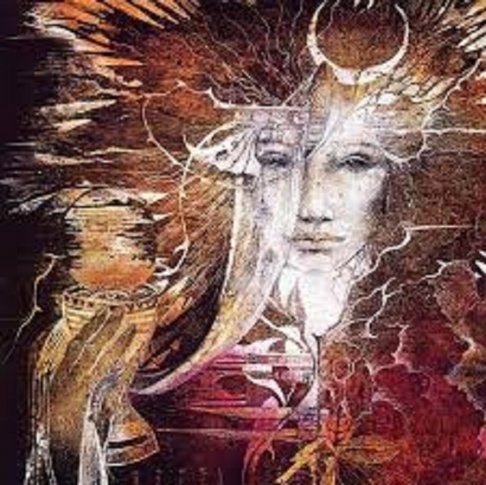 ​
Happy New Moon Leos! Its your new beginning of the year, when you can most sucessfully plan and begin new projects now or towards the Crescent moon phase in a few days.

Also Happy relationship New Moon to Aquarians as Leo is your place of “others” which means important people who have a big influence on your life such as partner, spouse, but can refer to anyone you interact a lot with who influences your life strongly.

This is a special New Moon as Jupiter is at station in Aries 8 43 degrees Aries ready to go retrograde until 23rd Nov. This is a day of reviewing all that Jupiter has meant in our lives this year especially if he has by transit formed strong aspects with important planets or points in our birth charts from Pisces or Aries, especially Sun or Moon.
As an example Jupiter is exactly opposite to my birth Neptune so this is an important turning point for me for my future goals and dreams , also having a strong influence on matters relating to another country and my home life as Aries covers a lot of my home sector and Jupiter is ruler of my Moon sign on 12th. This increases my need for solitude and space to both go on new physical journey into the wilds or remote areas but also my need to reach for the stars and learn more in the cerebral or spiritual realms. I love Jupiter and Neptune aspects as they bring more contact from other dimensions as well as people in far off places or kindred souls.

Whatever the transits you are experiencing of the Jupiter type, today is a very important turning point for you . Especially so for Sagittarian type people, or Aries, Pisces too as Jupiter will return to this sign end of Oct until 21st Dec.

It's a day when we can make adjustments with anything we are not happy with that relates to Jupiters effect on our lives so far this year before we carry on with our lives and get another chance to make the best of his energies to expand on what we have.
(Law, education, travel, sport and the outdoors are some areas he covers)

The main aspect today is Mercury at 18 degrees Leo square to Uranus in Taurus which is a sign of unexpected news for many of us especially if we are Gemini, Virgo, Leo or Taurean types of people or have planets in the above degrees.
It’s a very good aspect for thinking outside the box and being inventive, original in expression to find different and unusual solutions to existing issues we may be going through .

It could for some cause anxiety so if you are that way inclined, have your calming teas and practice deep slow breathing techniques to calm yourself, take Magnesium but also try to ease any tensions with something brand new and creative that may surprise you as well as others but in a good way.

The New Moon chart has a bucket shape with the South Node as the handle of the bucket so this is a highly karmic chart with a promise of that sort of month ahead especially for Leos but also other fixed signs as the nodes are in Scorpio and Taurus.

The South node is telling us completion of something is near in a karmic sense whether individually or globally. This could be so in particular with regards to a world leader as Leo is always about our leaders, those in the limelight, or who have a big part to play in our collective future. Scorpio features strongly in this matter.

This Node is also about release, letting go of all we no longer need and being present and positive about whats to come as our collective karma plays now and a new era begins. This Node is of the nature of Saturn, so the New Moon is a promise that darkness is leaving and more light coming in, even though some darkness is clinging on still.

Mars is getting very close to the North node speaking of completion, the conjunction happening in 4 days time along with the conjunction of Uranus on the same day AND Kaali.
This brings to mind a probable major event for our world of the highly unexpected and karmic kind. Its most certainly a global effect when the properties of both Mars and Uranus but also the North Node will be activated strongly by Kaali.

This could be an Earth event, or a media /technology effect as could happen through solar activity or other fiery forces but it cant be all bad. To me it looks like a sudden event that will help our consciousness rise long term so that has to be a good thing.

Staying grounded as much as you can in the coming days is important as new beginnings of this type in this highly important year in our history which involves freedom from oppression, could bring a major life event personally as well as global event.

This New Moon being opposite to Aquarius which rules the New Age is a major turning point in this journey into light.
"We are endless galaxies but we have seen just one star."
My Astrology focused Facebook Page: Neptune's Magic
Reactions: Lila and Hailstones Melt
You must log in or register to reply here.
Share:
Facebook Reddit Pinterest Tumblr WhatsApp Email Link