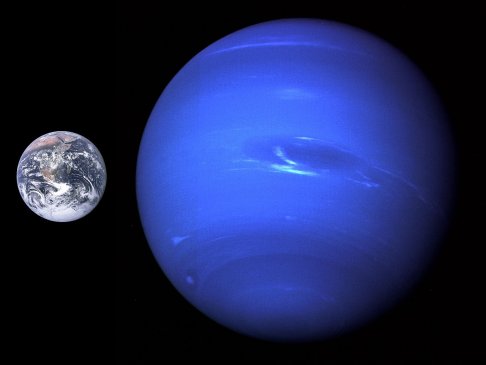 ​
Just as Neptune stations, 2 days from a penumbal eclipse,(This one visible in NZ or some of it, but not Australia), Venus from Scorpio opposes Uranus.

This aspect is designed to stir our senses a lot and could take us by surprise or storm for that matter as there is some wild weather around.

I had been thinking of Neptune stationing and then going direct near a Full Moon eclipse and this led me to think about the tides turning as Neptune rules the ocean, so this is symbolic of the tides of peoples beliefs or feelings turning as well, as this brings in higher levels of consciousness and with it some lightbulb moments especially with the aspect of Venus and Uranus.

It's as if things suddenly light up sending a ripple of energy around the planet, a tidal wave of understanding powered by Neptune’s powerful inspiring energies.

But whatever happens its time to batten our hatches for emotional storms or extreme weather or both of the above.

Taureans and Scorpios will feel this aspect of Venus/Uranus, a lot, in the form of unexpected events that could affect their security levels- Librans too and of course Aquarians. It doesn’t have to be a bad thing, just a little shake up to make you feel alive or to get your attention that change is coming.

It could bring financial surprises or relationship surprises as people can separate under this one, or others can meet someone they are strangely attracted to, maybe for a brief encounter.

Others may decide to come out of the closet under the rays of these planets. It will certainly provide many with something different and revolutionary in their lives.

It's rather good for the creative types to produce some unusual forms of art and become popular for the same but also could be controversial for many.

This aspect will bring out the activist in Aquarians as there is a lot of rebellion in this one especially near a full moon eclipse.
And some of those that have been popular in the sign group above could suddenly lose popularity or vice versa. Its that sort of aspect.

Pisceans are going to feel these new energies very strongly due to Neptunes station, but it’s familiar to them so if they have extra strong dreams and visions and feel a bit otherworldly, they can handle it and will enjoy seeing the signs around them in nature or from spirit so they can readjust their spiritual paths accordingly.
But this wont be confined to Pisceans as this is a Global effect and all will notice it.

Virgos will experience this station point as a turning point in their relationships of a positive sort.

It will be very good for those who have been having difficulty balancing their right/left brains, the critical, practical thinking with the intuitive/creative.

And speaking of change, after the opposition of Venus/Uranus there will be a quincunx between the Sun in Sagittarius and Uranus in Taurus at 7 degrees tomorrow which is the 29th in NZ and 28th on the other side of the world.

This is the day Neptune will be preparing to go direct although he does take his time to get moving again. A quincunx is an aspect of adjustment, modifying, and improving so this isn’t all bad but it does suggest there is something to adjust to that could be surprising to say the least.

I like that Mercury in Scorpio has a pleasant sextile to Jupiter in Capricorn as this could be good news coming, for some at least and especially so for Gemini and Virgo type people and Scorpios, Sagis and Capricorns. It kind of stabilises things, bringing hope and optimism.

With Neptune the centre of attention, at the least we can use our own form of magic and imagination to visualize what we want for the world in the weeks ahead as there will be plenty of magic around this lunar eclipse in Gemini in two days time and it starts now.

Neptune direct is a time to use all the creative energy we can muster to join with all other visionaries, to project our dreams and visions of a better world out to the collective and the universe beyond.
"We are endless galaxies but we have seen just one star."
My Astrology focused Facebook Page: Neptune's Magic
Reactions: Alain, Tania, DebM and 2 others

The skies have been dramatic recently and how they impact things seems clearer than usual.
Good for envisioning a better world out there as well as inside.
Reactions: Tania and Janne
You must log in or register to reply here.
Share:
Facebook Reddit Pinterest Tumblr WhatsApp Email Link