The Government in Nepal just sent an expedition up Mount Everest — the world’s highest mountain — to recover trash. They returned with 11,000kgs (12 ton) of garbage, but also four dead bodies. It’s said it took them weeks to collect empty oxygen cylinders, cans, food wrappings and bottles. 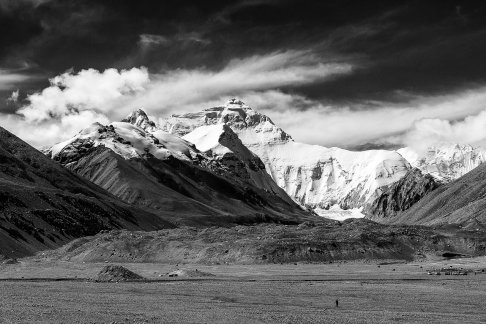 ​
While officials reported it was a successful trip, there’s a lot more left up there to remove. Some of it is covered up by snowfall, so is only observable when temperatures are high. Most of the trash is said to be at camps two and three.

Over three hundred climbers have died on the mountain since New Zealander Sir Edmund Hillary, along with Nepalese Sherpa mountaineer Tenzing Norgay, reached the summit in 1953, known as the first two to do so in modern times.

Every spring hundreds of climbers, along with their porters and guides, spend weeks on the mountain trying to find the best window to reach the summit.

For those wanting to get a feel of what the climbing experience is like, there’s a movie I rather enjoyed called Everest, made in 2015, staring Jason Clarke, Emily Watson, Sam Worthington, Keira Knightley, Josh Brolin and Jake Gyllenhaal. It’s based on a true story around New Zealand’s Robert Edwin Hall’s expedition up the mountain, which took place back in May, 1996. Jason Clarke, who I actually thought was American, was born in Australia; he mastered the kiwi accent in this movie.

I recall posting a meme about trash on Mount Everest this year, so it was good to come across this recent event in the news which covered the situation up there.
My OBE Course: consciousness.life | My Services: laron.nz
Social Media: Facebook | Telegram Channel | MeWe
Reactions: Lila

There have been a few other expeditions, I hear, that took down some trash; 11000kg is a huge amount!
I hope some was able to be recycled (like oxygen cylinders).
Who knows how much more garbage and how many more bodies of climbers are in the surrounding glaciers.
Reactions: Laron