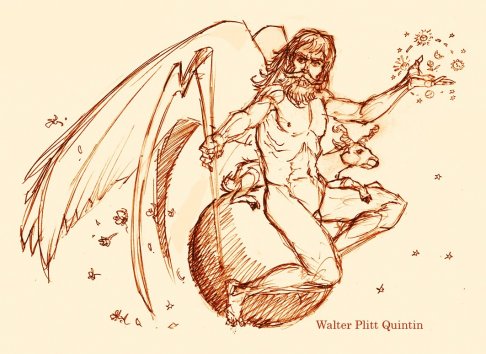 ​
Today is when Mars squares Jupiter which is action time for many.

This is happening 8 degrees Taurus and Aquarius and in fact this aspect does rule the Military so there could still be a challenge to the status quo in Gov situation this week in USA, especially as Lilith has joined with Mars and Uranus as well, triggering the Mars-Uranus conjunction on inauguration day.

Lilith is very good at revealing anything that has been hidden in dark or unknown places.

There is a hint of war in the air and also the unknown as if there is a lot still to be revealed and with the square of the Sun and Uranus in Taurus coming up just before the Leo full moon on the 28th/29th, we can definitely expect the unexpected from here on .

This conjunction will occur on the 27th on my side of the world and 26th elsewhere.

Being at a time when the Full Moon is at her most powerful before being exact and with Lilith conjunct the very confrontational Eris on the 27th/28th we can definitely expect a showdown coming between the dark forces and the light whichever level of life it manifests on.

Eris always strives for unity and will reveal all that is hidden, and will stop at nothing to gain unity of people even if it means war.

The Moon in Leo when full will aid with this as Leo is the sign of world leaders.
On the Full Moon the Sun will conjunct Jupiter which is an extremely positive aspect and is similar to the energy of "The World" in Tarot. This is a very GOOD thing so there will be a LOT of celebration around that time world wide.

Feelings will go very deep as Venus will conjunct Pluto in Capricorn. People will be very passionate about what's happening.

The Full Moon date is also when the new 260 day Mayan calendar Tzolkin Cycle begins which is the 29th January where I am.

Lilith again conjuncts Eris on the 30th January as she is Rx by then so I am expecting a week ahead of major happenings.

The 30th/1st is when Mercury will Rx in Aquarius to go over some old ground and check on a few details that will need tidying up.

But in the meantime our focus is the challenging aspects today and then the extremely strong conjunction of Sun and Saturn tomorrow which is a strong force of law wielding power to gain structure in a very Aquarian manner, so I see this as a very structured force taking control, and we know that Saturn is strong and very structured hard core rules and laws that have history, and we know that the Sun is a world power plus Aquarius is a body or group of people that is doing the right thing for everyone concerned.

It is a little concerning as there is little room to move with this but the fact it happens in Aquarius is encouraging.

But with more surprises to come it's still an uncertain element so it will be extremely interesting to see how things unfold.

Saturn will control any activists or at the least keep it all extremely orderly.
Martial law has been known to happen under this influence and basically this influence is around already in a certain place.

As mentioned yesterday the signs that could feel the current aspects most strongly are Arians, Taureans, Aquarians, and Sagittarians.

And tomorrow the Sun/Saturn aspect happens at 4 degrees Aquarius so anyone born around now will be having some Capricorn moments with a few chickens coming home to roost in the coming days.

The same for actual Capricorns only for them it is more of a new beginning of the Aquarian kind.

This is an aspect of commitment for some and highly stabilizing in some sense at least but it does bear the energy of “reality bites” too so be careful what you have wished for.

At this stage however there is more to come especially for Aquarians and Taureans, Leos too and with the Sun involved this also includes world leaders.
"We are endless galaxies but we have seen just one star."
My Astrology focused Facebook Page: Neptune's Magic
Reactions: Lila, Tania and azlynn

Thank you.
Laughter is the sound of my soul.
Reactions: Janne

More - yep. For me the overall feeling is that of strong undercurrents moving and popping up to the surface here and there. The "fat lady" has not sung, yet.
Everybody all around the world - Gotta tell you what I just heard
There's gonna be a party all over the world
I got a message on the radio - But where it came from, I don't really know
And I heard these voices calling all over the world
Electric Light Orchestra
Reactions: Janne
You must log in or register to reply here.
Share:
Facebook Reddit Pinterest Tumblr WhatsApp Email Link