Article More about the aspects around tomorrow Full Moon (1 Viewer) 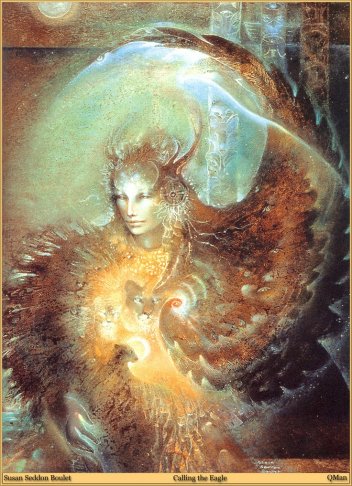 With the Full Moon looming tomorrow life is taking on a surreal energy and tensions appear high as many new lockdowns begin around the world and rumours of a “new Wave” of the virus circulate.
There have also been a spate of terrorist attacks and more than the usual earthquakes, the latter being a normal Apogee full moon effect.

A full moon such as this will always bring waves of extreme emotions even to world leaders and especially so when the Sun is involved, so my only comment on all that to everyone is “don’t panic", stay healthy, be responsible for your own health and eat well, also take extra Vit C (up to 3000 mg is fine each day, and Zinc if you are worried.
Take anything you believe in to stay healthy especially if you are in the older age group, or your immunity is compromised for whatever reason. And if you are ill with anything at all try to stay isolated of your own accord when possible.
This virus and others die with soap which breaks up the outer coating so they are not indestructable by any means.

Take comfort in the fact that with this particular virus our own immune systems can handle it well as has been proven. Remember when we hear the reports of multiple deaths that they are people who are dying with the virus and not “of” it.
We do not hear of deaths from the usual flus any more or cancer or anything else that people die from every day including suicides, which have increased in the world due to the pressure put on us in these times, only this virus which is nothing like the worst of the worst such as Ebola or others we have had circulate in recent years.

Fear is the mindkiller and now people are afraid to admit they have any illness, virus or otherwise, in case of having to be "tested" for this virus and shut away in quarantine where there is no contact with loved ones and no sunshine or healthy air.
Illness is something we all used to accept as part of “life” and something that happens to strengthen our immune systems.
We all need to have healthy immune systems and we all have viruses passing through our systems a lot of the time which is why sometimes we feel a little off colour or low in energy.

Deaths due to illness or old age when people are ready to die most often happens near full moons so this will add to the panic world wide no doubt with numbers rising.

This spate of mass panic is caused by this particular extreme Apogee full moon and the accompanying Sun opposing Uranus aspect, plus the fact Mercury is about to station in Scorpio where many secrets and underhanded motives are being dug out by those who dare to “go there”.

This aspect coming up and in effect as I write this has the influence of the “Tower” in Tarot with all its chaos and tendency to bring events that shock us out of our stuck places, physically or mentally/emotionally.

This is of the nature of an eclipse and in fact we are pretty much in the shadow of those as well as when there is a total solar, Perigee eclipse as there will be in Dec then the effect is felt world wide for up to a month or more beforehand especially at lunations such as this one now.

I do believe the world is in for a shock and that media will also be affected in some way by this. I had predicted a possible shut down of social media for instance soon after Mercury began to go backwards mid Oct and instead there were rumblings of discontent against FB and Twitter and since then they have been subpoenaed.

I did wonder if the internet would go down also world wide or something would happen to our global media system or usual means of communication that was most unusual.
I still feel that this could happen as we live in very unusual times when there is an air of desperation as if there is a war happening between the light and the dark forces.

This full moon happening now has an air of bringing everything to a head globally as if there is a force that is trying to stop progress in a very desperate, last attempt kind of way.

This is more than the usual full moon, and today Mercury Rx conjuncts Haumea on this day of Beltane on my side of the world and Samhain elsewhere.
This aspect happened back in Sept at the time of the Spring/Autumn equinoxes on the same degree it is today , 26 Libra.

Again Haumea’s message , just in case we all missed it in Sept is about the importance of proceeding from a point of balance and Earth centered stillness when instigating any dynamic action, and carries the energy to make an outward leap of evolutionary consciousness relating to a new birth.

So as we can expect a new birth influence around the time of this full moon, this Mercury/Haumea aspect return is very appropriate as with the celebrations happening around the world , Halloween and Beltane, the veil between the physical and spiritual worlds is thinner than usual. There is a wealth of knowledge and comfort too to be gained if we seek it with an open heart from spirit.

This will happen at 26 degrees Libra so anyone born around that degree or with planets nearby will be in for a treat, but any of us can tune into this one and especially Taureans and Scorpio type people. However I can add all the signs to this as the Sun has such a strong aspect at this time.
(Aquarians are very much in this mix as well).
8 degrees is another place of importance especially for Taureans and Scorpios as this is where the full moon falls.

I do like the quintile of Sun to Pallas today from Scorpio to Capricorn as this helps us to keep our senses at high alert, empowers us in ways that enhance our mental abilities, especially Capricorns and Scorpios of course.

Tomorrow on the day of the Full Moon itself which in NZ is at 3 45 am exact, the Sun opposition to Uranus dominates the day so we can all expect the unexpected then or the following days globally and personally it could be any time now.

Tomorrow the Sun will quintile Jupiter which is suggesting what is coming will be a celebration for some, validating too and empowering and basically a good thing! Jupiter will spread this joy around .

Uranus aspects do not have to be a negative but are a very big shake up for peoples egos so we can at least expect that in the days ahead.

The day after the Full Moon does show what could be taken as disappointment with Mercury Rx squaring Saturn and with the Sun/Uranus aspect it looks like something sudden is going to mean quick decisions to be made and a bit of worry for some.

As Mercury is the communications planet and Saturn has a blocking effect, it looks like things could be held in a state of limbo for some days and this is moreso due to Mercury's station point.

I always think of Mercury at station as time standing still. I had a dream about this a few weeks back being told that “it will be as if time stands still”. But I don’t know exactly what this means.

But I do expect some major communication/media issues in at least one country of the world with the aspects happening, as Uranus also is about I T and media on a large scale.

Venus will oppose Chiron the day after the Full moon also which is showing some people may be having to call on their inner strength to cope. This is Libra to Aries and could be termed a political aspect with Libra involved. (6 degrees each sign).

In 3 days Mercury will station, so if time is going to stand still it could be any time now… And I do think there will be a global event that many of us will experience even in our homes whether with electronics or our communication systems.

Patience will be needed and calm minds in the few days ahead .

When Mercury goes direct we are in for a lot of information coming our way and in fact the big release of news and energies at that time will be quite an experience for all of us.

The main thing over this period ahead is to stay grounded and breathe, centre yourself and remember to celebrate this time of renewal, and as the image suggests, call on your own inner eagle spirit that represents in this case the rise of the Phoenix within and without at this time of this very special rebirth full moon we are experiencing at this time on levels much deeper than we realise.
Last edited: Oct 31, 2020
"We are endless galaxies but we have seen just one star."
My Astrology focused Facebook Page: Neptune's Magic
Reactions: Pucksterguy, Lila, Alain and 2 others

Just woken up and my first stop on my computer (after a cup of organic tea) is not The Times, not The Post, not Tucker (yet) it's Janne on Transients.

Bizarre I know, but I honestly feel that Janne and her wisdom are the light on the path forward in the next days.

Thank you Janne ! See you on the other side folks.
Laughter is the sound of my soul.
Reactions: Pucksterguy, Lila, Hailstones Melt and 3 others

I'm reading this a few days later, wearing a phoenix shirt.
I, too, am a Janne fan who missed this due to some... you guess it... IT issues accompanied by big emotions. So good to see this out there. So well said