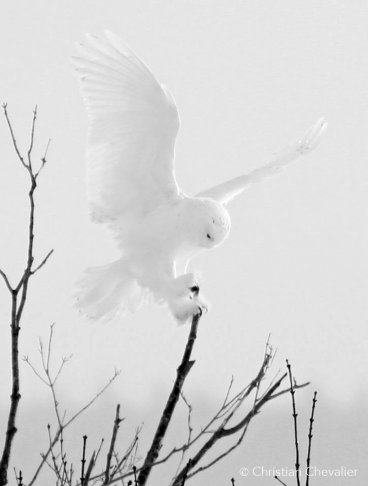 ​
A very interesting day today as Mercury enters Aquarius to join with Saturn and Jupiter for the coming 2 months as there is a retrograde coming up on the 30th January, so we get some time out to review for a while after that.

During this time ahead Mercury will conjunct with Jupiter twice which is pretty good news for many, especially for those who want a world free from oppression, and some enlightenment.

Geminis, Virgos and Sagittarian types will relish this but its for everyone.

Those dates of conjunction will be 11th/12th January and then again the 4th/5th March.

During this transit we all get a chance to let go of old and outdated mindsets that we developed during 2020 with the very heavy rules and laws that came down so hard on us , and to think for ourselves without those old concepts influencing us so much.

This is especially so with the Rx period to rethink a LOT of things that we took to be truth.

If anything can enlighten us and bring out the truth it will be Mercury in this transit of Aquarius.

Of course the Virgos and the Geminis and that “type” of person, meaning Ascendants, MCs, Moon or Mercury prominent, will thrive and have many lightbulb moments in this period ahead as this will enable them to shake off any shackles that have held them captive for far too long.

And Aquarians will be outdoing themselves in highly original and inventive thoughts and be able to enjoy the new energies being infused in them by the focus on their own sign for the year ahead.

To balance the scales a little or lot, so we don’t get too far out into far corners of the universe and lose ourselves, Venus moves into Capricorn today for a settling down and grounding period after being in Sagittarius for the last 3 weeks or so.

Venus has been something of the wild woman in Sag and is ready to conduct herself with more dignity and self discipline at this stage in the coming 3 weeks period.

Venus in Cap will bestow gifts on the resilient and ambitious Capricorn folk in this time and enable them to regain their equilibrium and enjoy the attention and good times that are coming for the two weeks ahead, as their new beginning New Moon is coming on the 12th/13th Jan depending which country you are in.

Taurean and Libran type people may find life a little more serious but also more stable in these times ahead, more grounding.

The dual influence of Mercury into Aquarius and Venus into Capricorn again emphasises the move from the past to the future and we will all be living it vividly in the weeks ahead, accepting changes that had been difficult before and planning ways to make the best possibly use of our own special talents and abilities for the year to come.

The best time for this will be around the New Moon period which I will remind you of at the time.

Tomorrow however Mercury will conjunct Saturn speaking of being more serious, so tomorrow could be a day of reckoning for many when they realise a lot of what they thought was truth may not be so, and may have to make adjustments accordingly as we all know that this sort of scenario can be difficult.

Saturn with Mercury is the time to make decisions if needed and not stay stuck in a certain mindset. It IS very good for focusing on the issues at hand and dealing with it once and for all.

And again its the mercurial signs that will feel this most and Capricorns too.

Tomorrow will be a Perigee Moon in Sagittarius so this sign and the powerful Moon energy will more than likely create some extreme events in the world that help us see the bigger picture a little more.
This Moon is already making her presence felt.

The Sun today in Capricorn is in a supportive sextile to Neptune so the day favours Piscean people and especially those with Cap and Piscean energies with some Leo thrown in.

This is a bit like a truce day globally for some and a good chance to commune with our inner self or with spirit to gain some clarity for times ahead and also the global situation. This is a day for remembering we are all co-creators on this Earth.

The other aspect that will make our lives a little more interesting is Mercury in Aquarius squaring Mars in Taurus to bring some hearty discussions among some people, and some questioning of self and others.

The main thing with this one is to count to ten and keep discussions fair so as not to incite enmity as that is the last thing we need right now. We need to accept that everyone sees the world through their own eyes and everyone has it within self to find out in their own way and time, where their own brand of truth lies.

Taurus can be bull headed and refuse to accept change but Aquarius will insist on change, so its best that this change comes from within when the time is right

Tomorrow the Balsamic Moon phase begins which is an unfavorable time for beginning something new, but favorable for closing something, putting it behind us, and for endings in general. It's a time for personal reflection, tying up loose ends before the New Moon to come.
"We are endless galaxies but we have seen just one star."
My Astrology focused Facebook Page: Neptune's Magic
Reactions: Alain, Lila and Lilia
You must log in or register to reply here.
Share:
Facebook Reddit Pinterest Tumblr WhatsApp Email Link