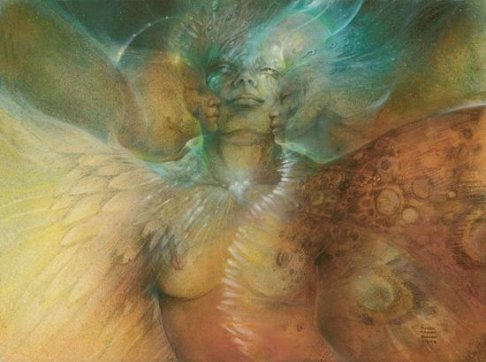 ​
"THE SIMPLE TRUTH WILL CUT THROUGH HATE LIKE A RAZOR BLADE"

Just to bring us up to scratch as to where we are at astrologically at this point in time, Mars is in Scorpio helping those working for the light side of the force to dig out what is really happening in the world and expose corruption, while the dark force are trying to dig deeper and hide but it’s becoming increasingly difficult for them as powerful as they may be financially and otherwise, They are masters of mind control and deception, generators of fear and punishment tactics, manipulation, with enough understanding of human psychology.
Obviously all this is totally Scorpio in nature but we all know good wins out in the end, which is why the corrupt have always had to stay hidden in this world for the most part.

This Scorpio energy was triggered around the time of the New Moon which was a new beginning for all things Scorpio , people too, on the 5th Nov.

Venus is Out of bounds by declination which means she is a bit out of control of the Suns guidance, and for us that means our feelings, reactions and social situation, with rebellion against the status quo at an all time high as Venus is now in Capricorn and will be for a long time, all about rules and laws and our feelings about it- our security too and comforts.
Everyone will be aware of this in one form or another. Capricorns especially , Librans and Taurean type people as well.
This position of Venus relates also to the eclipses about to begin.

We are now in eclipse season with a new series (not Saros for those who only know about that) but by signs , Taurus and Scorpio which will happen every 6 months until Oct 2023 so it’s a long series and very important indeed in this time as the effect began at the time of the New Moon in Scorpio and the first in Taurus on the 19th Nov depending where you are on the world, is going to begin a new era for the planet just before the last one happens in the last series of Sag/Gemini which has been about striving for freedom, travel laws, law in general, communication, education, sport, foreign countries to your own and all things Sag and Gemini in fact,

Eclipses change things especially total and solar, as will happen 4th Dec which is going to bring some major court decisions as happened last year, major changes in law and will release what has been held back in the last months.

It will certainly end an era in the misuse of law in areas that involve peoples rights and independence where there has been total control.

From the 19th of Nov the eclipses are going to be more about Taurean and Scorpio subjects which do indeed include death , unnecessary human death in particular or suffering, unnecessary medical traumas and tyranny and holdups in medical treatment for the most important of conditions that has been imposed on people in many countries due to focus on something that does not warrant the attention given and the laws surrounding it.

The new eclipses will be about banking, finances, housing, security levels, how we share on intimate levels with others, the hidden sources of power needed for fueling our transport systems , the balance of power financially in the world and in fact power in general is a huge theme in the times to come and a revealing of those in power that we never really knew or thought about.

The distribution of power in our world is about to be revised big time.

Scorpio, the other reactive force in this partial first eclipse in the series on the 19th which we are feeling now in fact, will bring implosions and explosions of different kinds, knowledge but also man made and also earth changes.

Taurus is about Mother Earth and so we will learn more about the great cycles that are not manmade as well as learn how to clean up our pollution that is.

These eclipses break down stuck places in unexpected ways.

At this time we are in the shadow of the eclipses and many of us are feeling it and a lot blaming it on other things such as Solar storms, which can have a huge effect on our planet in regard to our moods and health but also to communication glitches, but for real glitches in times to come from mid Dec there could be quite a few as we see social media platforms brought down and new ones begin. I know of two major new platforms that will soon be underway with no censoring in the sense we know it now.

That will be thanks to the last Sag eclipse 4th Dec amd Mercury RX mid Dec.

Of course Scorpios and Taureans are in for some massive changes in their lives as they are being influenced by Saturn as well in square to their signs after these eclipses begin.

Now to the planets, today we have Mercury in Scorpio conjunct Mars which is one of those situations where the truth is told like a razerblade. There is a saying “The simple truth will cut through hate like a razor blade", so it’s a bit like that today although some will be impatient and wanting to argue a point when if they choose their words carefully they wont have to say much at all.

This is a day of very quick thinking and strong communication especially for Scorpios and Arians, Geminis and Virgos. So count to ten if you are feeling a bit too much that way and choose your words carefully if you do speak out and you will have the courage to do so quite definitely.
This happens at 9 degrees Scorpio or thereabouts.

Mercury is also square to Saturn at 7 degrees Scorpio and Aquarius . This one is strong on rules and laws and how things “should “ be done and a bit controlling, so there will be that to contend with too.

Most of us will have a push /pull influence today in fact wondering whether to speak out against the rules or bite our tongue. I think most will have something to say for sure but some of us will have a good think about it first depending on our own nature.

Its better to speak out than allow a situation to causes depression as anger can definitely be a good medium to get us through depression and worry if we direct it in a positive way.(Hard but possible).

Mars square to Saturn today brings the passive aggressive approach and can make us feel like we are stuck between a rock and a hard place so it is better to use that Mercury/Mars energy as best we can at this time.

It IS a powerful day indeed for our thinking and how we express our thoughts to others.

Aries, Capricorns, Scorpios, Virgos and Geminis, Aquarians too are all under strong focus. All these signs however represents something within us and the circumstances outside ourselves also in the world.

Its all about our past and our future and choosing wisely our actions and what comes next, what to believe for that matter, but then the eclipses are going to blow everything wide open anyway and expose a lot.

There are more positive aspects coming with the 1st quarter Moon phase tomorrow and the days following so hang in there.

Next in three days we can expect some surprise announcements as Mercury opposes Uranus at 12 degrees Taurus and Scorpio .

I will also mention before I close, the Mars opposition Uranus before the first eclipse in a weeks time promising some strong clashes around the planet as the freedom protests step up another notch.

In the meantime tomorrow the 1st quarter moon phase will be a time when issues emerge that require taking action or making adjustments. This can be considered a stage of conflict, but also of building. Things are beginning to take off and to gain momentum as most of us are now feeling.
The First Quarter Moon is not a time forcontemplation or reflection.