Article Mathematical games with the 33 and the 42, timelines and the origin of the line numbering (1 Viewer)

​
A few days ago I shared through telegram news that a good friend sent me about a mathematical problem that involved the numbers 33 and 42 and that had just been solved, something that had been tried for some time and whose variables, 33 and 42, were the only two unknowns pending to "solve" an equation that, the article said, possibly dated back to the times of the ancient Greeks although, more modernly, it was a problem that had kept mathematicians busy for several decades.

Why the 33 and 42 are among the parameters and numbers that appear everywhere in different algorithms, measurements and "common" elements that we use in our day to day, beyond these complex mathematical problems?

If you notice, many of the drinks we consume come in bottles or cans of 33 cl, many of the most “negative” events and events happen related to the number 33 (number of people involved, duration of situations, etc.) and, in general, 33 appears wherever there is some "low vibration" involved, while 42 appears when it is the opposite, without being extremely negative in one case, nor extremely positive in another, since you can simply see the number 33 on your watch and realize that you just missed the bus when you arrived at the stop for a few seconds, or you just saw an announcement of something worth 42 euros when you just turned your eyes you see a friend cross another sidewalk. They are indicators of this type of “mundane” situations on a small scale in the reality of each one, and then, extrapolated at the macro level, they are indicators of energies with a certain vibration that end up “compacting” in two macro energy lanes that correspond to timelines 33 and 42. 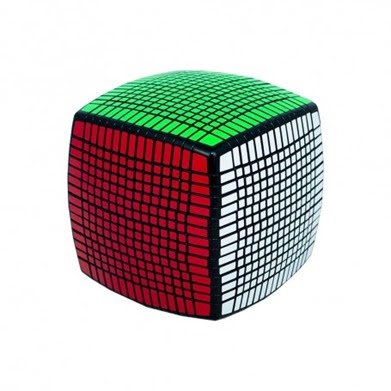 ​
The mental plane of our planet is a defined structure of “energy grids,” as if it were a huge “5D matrix” that contains the etheric structure inside and that, in turn, contains our physical structure inside. Although we diagram them as spheres contained within each other, and it is correct to do so, the structure of the “sphere or mental level” of the planet is subdivided into penta-dimensional spaces (blocks of 5 dimensions each, four spatial and one temporal, which allows the displacement of the different spheres of consciousness of all beings that inhabit our planet to generate the perception of time, as we had explained in the answer to question #157).

Each block of the mental plane, therefore, has a "number" according to its position in the mental structure as a whole, and this numbering is given by the frequency of vibration of the particles that make up that particular part of the total framework.

Although this explanation is getting complicated, just imagine that the mental plane of the Earth was like a huge 5D Rubik cube, and in each sub-cube of the structure there are different mental energies and components. In some of these “sub-cubes” are the collective unconscious of the different species of flora and fauna, in other sub-cubes are the collective unconscious 33 and 42, in other sub-cubes there are national, regional, local collective unconscious, etc. Sometimes, these energy fields cover more than one "sub-cube" or block, so also imagine that the "mental Rubik's cube" is compartmentalized into seven sub-levels of "bottom up," one octave, where in the sub-level 3.1 (the mental plane is the third plane) are the fields and energies that mainly form human reality with all its egregores, scenarios, collective unconscious, etc., in sub-level 3.2 there are different archetypes, mental systems of coordination of the 3.1 fields and other mechanisms of reality management on the planet, and in the 3.3 plane there are other types of mental energies and the “habitats” for beings that inhabit this level as their “home” and that we many times we have called “planetary forces and hierarchies” in a generic way (and that also use many other levels higher than 3.3 and the rest of the planes of greater vibration of the Earth).

Then, returning to the question, why do the timelines we already know start in "cube 33" or "cube 42"?

We had also explained that, initially, there were many other timelines on the planet at the macro level and that they had collapsed and grouped together, bringing together by resonance frequency all the mental events of a more or less similar vibration in one of the blocks of the mental plane, and all the events of another type of vibration in another. It is as if we were saying: “all the “static” scenarios and frames that have the vibration similar to A we are going to put them together in block 33 of the mental plane, so that they then fall to the etheric plane and hence manifest as physical and solid scenarios in the world of the senses. All the static frames and scenarios that have the vibration similar to B we are going to join them in block 42 of the mental plane and from there they will fall to the etheric plane and materialize in the physical plane."

When there were more "blocks" that agglutinated and distributed these scenarios and mental forms that begin the creation of reality, there were different possibilities for a human being to travel his timeline through other lines that are no longer available, because with the changes in the structure of the planet to create the new Earth 15.6Hz, the space destined for the Earth 7.8Hz had to be "reduced" and many "mental blocks" were released in order to be used as a base substrate for the mental plane 15.6Hz.

So, imagine then that of our huge “5D mental Rubik's cube,” half or more of the “cube” now becomes assigned to processes and substrate for the construction of the new 15.6Hz mental plane, leaving only a small number of "mental blocks" for sustaining reality 7.8Hz. With less "mental space" for the current reality that makes the "home" for humanity, all mental scenarios and energies began to "compress" and move into the free mental spaces not used for the creation of the new Earth and, finally, only two "sub-cubes," the one that had position 33 and the one that occupies position 42, were "designated" by the planetary consciousness, Kumar, to host the events, energies and fields for the two macro realities and temporal lines that remained active on the planet: the 33 as the temporal line that sustains the “current,” cyclical and recurring reality of most of humanity, and the 42 as the temporal line that supports the passageway to the new Earth 15.6Hz.

This number assignment was not entirely random because “only” those “gaps” remain when using the rest for the construction of the new mental plane, but the particles that form the cube 33 5D of the mental plane have a vibration that is between the 7 and 11Hz on average, while the particles that form the 42 5D cube of the same mental plane have a vibration that goes from 11Hz to almost 15.6Hz, therefore, the only evolutionary lane that allowed a “path output” from the current reality 7.8Hz to reality 15.6Hz was a lane that was connected and used the vibration of the cube 42, and it was where the temporary lane of greater vibration was “anchored” (centuries ago) that it was going to give rise, a long time later, to the passage line towards the next evolutionary level.

The future of the timeline 33

I am aware that this topic is complex, but I hope that if you read all this calmly several times and you are digesting it little by little, the meaning and appearance of the numbers 33 and 42 will be better understood in everyday life, in mathematical problems as mentioned at the beginning and in the future of our society. Right now, since timeline 42 is already on track, it will be very protected with the membranes that are being installed and in less than a year the bridge will be opened from one to another, the concern is what to do with the timeline 33, its future, towards which scenarios it takes us, who will be able to have total control of collective unconscious 33 as we had explained in the other answer to question # 156), because everything that is “formed” in cube 33 of the mental plane at the energy level, is what we will then see manifested in the physical plane for collective unconscious 33, and it is there where we will play the fate of most of humanity that will hardly achieve, due to lack of awareness, knowledge and interest, making the leap to 42 and then continue on their way towards the new Earth.

Perhaps, we will see, focus more on articles and requests to try to correct the course of this timeline 33 in the future, I do not know yet, our Higher Selves will have to decide and I will be publishing what mine and those that assist me explain to me about it, and what I get to understand and comprehend about all this as we go through the different octaves that are underway, both to continue fighting the control system at all levels and to continue helping those that are in the 42 to move as quickly as possible to sub-level 21, anteroom to the new reality and evolutionary level.

So, if I understand the math correctly:

If anybody is wondering, this article is about the 33 and 42 equations :-

Life, the Universe, and Math: 42 Proven to be the Sum of 3 Cubes - ExtremeTech

After years of work, there was only one number left below 100 that hadn't been proven to be the sum of three cubes. A million+ hours of worldwide supercomputer time later, even mighty 42 has fallen.

math not my greatest strengh in this life