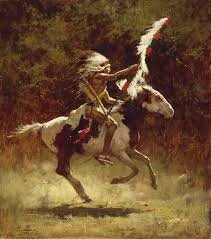 ​
Tomorrow is when Mars stations in his sign of Aries before going backwards until the 13th Nov.

Mars in his own sign of Aries has been extremely powerful as it brings a highly assertive and independent fast moving energy where impatience for action is a factor and where snap decisions can be made by all and sundry. where knee jerk reactions are the norm by world leaders of anyone at all.

Steam has risen out of many ears during this phase that began at the end of June, exacerbated by eclipses in the signs that are at the heart of our security needs and of Government powers, Cancer and Capricorn, which on the 5th July ended an era in our lives and heralded in a brand new one of which we are still waiting to learn more about as there is a big question mark around our future.
.
We do know there are many new rules already but that some badly need some reviewing and adjusting as there is a clear division among people on the same.
These cover subjects such as health and security zones, finances and social lives. All are currently under review.

Mars in Aries has brought a need to be in charge of self, also strong opinions by each individual on right and wrong and everyone thinking they know better than the next person what is best for self and others too.

But the need for more understanding and cooperation with each other is also strong at this time with Mercury now in Libra and soon the Sun will also be in this sign from the 24th of this month, so in that month ahead while Mars is Rx and going through his more subdued, reviewing phase it may be possible for the world to enter a phase of negotiation so a lot could turn right around in this time frame, especially as Saturn will turn direct at the end of Sept lifting bans and restrictions.

When Mars goes direct mid Nov people will have a clearer picture of what to fight for and what to accept, when to stand up and when to step back.
We will become more aware of our own power to make our own decisions through a renewed sense of self, and how to stay strong and centred for our future path, while also being aware of the need of other being's rights to do the same.

Mars is a planet of natural courage and in his sign he brings out that archetype in all of us.

This Rx period is a GOOD thing as it helps us to reassess and look at how we can use our own inner Mars archetype , the spiritual male warrior within, in ways that are not all about ego and winning at any cost.
We need the opposite energy of Libra right now to set things on track again.

Mars represents the Virus that has caused mayhem in the world, having gone OOB in Sagittarius at the time the Virus began to spread so rampantly in January, Sagittarius being the sign that describes this .

And now going backwards in the highly aggressive and therefore infectious sign of Aries means this prickly little star of 2020 will become less of a threat in the sense of the fear and panic it has generated on the world scene as it has outdone any other in that sense.
This lessening of fear and panic depends more on Saturn than anything else as Saturn is about Gov rules and leaders.

Saturn's return to Capricorn this year is about the aged and the vulnerable in our society and that’s where the focus will be centred for our future via Aquarius, with communities being more mindful of the overall health of people in general and focusing on less rules and control, and more trust and equality which equals less stress and happier people. No one likes overly strict authorities as it reminds us far too much of strict parents and old school ways. This is way past structure and into a prison, mentally at least.

I have never seen so much blame, punish and control in communities as I have this year, and as an astrologer was on about it even before it began in real life due to the eclipses and Saturns energies so strong. This has to end before we can move on and as Saturn begins to move forward again we will see many changes to come…
Mars going backwards is part of this.

For many of us especially Arians, this is a time of stepping back from the mainstream a little and working on projects that we may not want to tell everyone about. It’s a time of operating more behind the scenes so that much of what we are putting energy towards in this period wont be known about until later in Nov.

This also applies to political areas where there may be a lot going on behind the scenes, even hidden agendas that will be revealed later .

During this period of Rx my own countries very important elections will be held as will USA’s so I can see how there could be some many unknowns around the voting procedures this time along with Mercury Rx in the secretive and mysterious sign of Scorpio until and then just before s/he goes direct on the 3rd Nov, the political sign of Libra, by which times it will all be over in NZ, so in fact I am thinking there are going to be some very surprising results in my country and probably due to the eclipse at the end of Now , the same with USA.

Tomorrow when Mars stations the Sun in Virgo will trine Jupiter in Capricorn which is a positive sign that this is a good thing that Mars is doing. And while on this subject of Jupiter , 2 days later he was station before going direct in Capricorn another of the political signs that adds structure to our lives.

With Mars more subdued than usual this could be helpful and increase the number of voters to an all time high for the countries involved which are interestingly the worlds biggest players and the worlds smallest.

I have said with Mars Rx and Jupiter direct so close this is like someone switching positions on the world scene but I have no idea what this means as I do not do mundane astrology as a rule.

Before I finish this rather long post, I will remind you all that if you have had recent strong oppositions of conjunctions of Mars to any of your planets or Asc/Desc or MC/IC, then these will repeat before the end of the year, highlighting the effect of the same.
This station point tomorrow will be a key date for the same. This would happen in Libra or Aries 15 to 28 degrees.

For myself it is Mar opposing Jupiter and when this aspect began I was on a very rushed fast road trip where I was driving pretty much for the 4 days with one day off but one of those days was a 10 hour journey and the other 7 hours.

In between I managed to sprain my wrist rather badly. I think the reason this was fairly extreme was that it was just before this station point as the station point itself gives power to any transiting aspect and Mars in his own sign is more extreme than usual.

This Mars station point happens with good timing at the beginning of the Last quarter moon phase which is a time for readjustment or review arising from any recent crisis in consciousness of which we are all experiencing over and over in this time of transitional energies, where there is so much to assimilate and adjust to that is ongoing.

This moon phase is known as a time to reap the rewards of our recent actions or close a project or plan. It is not typically a favorable time for launching something new, as our "audience" may be critical or uninterested.
Last edited: Sep 9, 2020
"We are endless galaxies but we have seen just one star."
My Astrology focused Facebook Page: Neptune's Magic
Reactions: lizzywow and Lila
You must log in or register to reply here.
Share:
Facebook Reddit Pinterest Tumblr WhatsApp Email Link