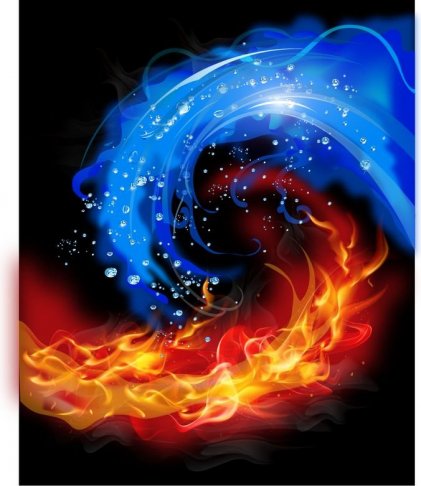 ​
Two days ago Mars moved into Leo. How could I not have noticed, as Mars in Leo is quite “kingly” and gets all regal and proud of his status. So in other words he is quite at home in this sign, lording it over everyone for the coming 6 weeks or so.

Leos will be feeling the power right now and ready to take on the world if they have to as they have Mars on their side bringing extra courage and drive, and for the women more than the usual feistiness.

Leos should be receiving even more attention than usual at this time and will certainly be listened to if they speak out. They wont go unnoticed but then they rarely do.

Arians will be feeling similar in fact as Leo brings out their leadership qualities more than ever, so for Aries its time to go for gold and like Leos they will be getting plenty of attention.

For the rest of us we can tap into the Mars in Leo power and use the energy to get what we want at this point in time, as this is a position for getting things done. There could be some ego clashes of course for some.

Mars in Leo often likes to have fun and be more playful so no doubt we will see a bit of action in those directions as well in a general sense.

Other news is Venus is still out of bounds in Cancer and causing a few hiccups in family relationships and domestic situations, rebelling against the public status quo as well and strutting her stuff a bit more than usual. This will be the way for a few days yet.

I have noticed a certain paranoia in some quarters with OOB Venus and some people feeling out of their comfort zones socially, and certainly some over the top feelings happening for many.

Today we have Lilith on the scene making the most of all this planetary action, and lets face it, some of us are still recovering from the last eclipse. I know I am so as Lilith conjuncts Neptune in Pisces at 23 degrees there is a more dramatically creative feel to the energies. It could be a little confusing for some as we are getting mixed messages as to whether to be more “out there “ with our actions and to show our true colours or whether to be more undercover and secretive as Lilith stirs up the deeper feelings and needs especially in regard to the feminine, and a hint of mystery as well so some of us will want to keep our intentions hidden and not show everything to everyone.

The dual influence is to be expected with the Sun still in Gemini. The shadow self is lurking with a lot going on behind the scenes of our outer façade.

Today this is also emphasised by the Sun squaring Neptune at 23 degrees so there is likely to be a lot that secretive energy around , but there is also a strong intuitive/creative aspect of this , not to mention escapism and a need to hide away from prying eyes for a while , so you see what I mean by the dual influence that could be plaguing some of us .

This is all very “fire and water” which is a dynamic mix and can take some juggling for those of us who are either dominantly Fire or Water. For myself I am a mix of both and so far I am handling it to my advantage as I am used to it for the most part.

Another very strong aspect tomorrow is Saturn squaring Uranus for the 2nd time since February. If you have this contact at birth you will notice it more and it could hit you in the money department or bring some conflicts of interest in regard to groups or company matters. This could be an aspect of banking issues too possibly. If you have investments in something like Bitcoin or similar you may find it has dropped to an all time low, and as this aspect will reoccur again in Dec this may be a good time to buy in fact if you want to use it to your advantage.

This aspect happens at 13 degrees Aquarius and Taurus and is strong for Aquarians, Capricorns and Taureans but it could cause some hiccups for a few of us either through authorities or with glitches with internet banking or other areas ruled by the planets and signs involved.

Public transport could be affected my this aspect as well as in fact.

Mars will be quincunx to Jupiter tomorrow, Leo to Pisces so again the Fire and Water scenario, but these planets have an influence of being on a real “mission” with a lot of drive and energy, determined to make things work even under difficult circumstances. This is a very competitive aspect so you may see this aspect of Mars in Leo coming out more tomorrow.

And its a travel aspect, having an effect for a day or so, which gives me an impression of people wanting to be in more than one place at the same time .

Arians and Sagittarians will feel this one, also Leos and Pisceans. This also has an aspect of risk taking especially with Saturn trying to put blocks up against the wilder energies of Uranus.

So there is a mixed bag at present .

Two of the Goddesses are out tomorrow as well, Juno making mischief with OOB Venus, and Ceres trying to keep the love flowing in an inconjunct with Juno also.

The Suns quintile to Chiron in Aries is very helpful to soothe the soul and help us call on that inner wisdom when we need it.

The Crescent moon phase begins today while in Leo which begins a time to collect information, make contacts and learn more about our plan or project that has been born from the last New Moon eclipse.