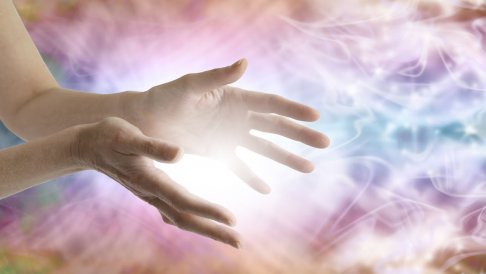 ​
Bear with me as I try to write about one of the most powerful periods of major daily transits I have seen in my life as an astrologer, so near to an eclipse and Perigee moon.

I realise a lot has already taken place but there may well be more only fate of a benevolent kind will step in to prevent the worst from happening.

My heart is heavy with the stories of loss I have heard of in the last day for some of my Capricorn and Cancerians friends. It seems like an era is really ending for many although these eclipses will be around until June/July which will really end an era for many of us with those signs strong in our Birth charts.

So first of all I will send my condolences for all who have suffered loss of any kind.

The changes happening in a sense do free us however from past karma and what our past has imprinted on us from our parents and old systems, so theoretically we should soon be able to contact more of our true inner selves and access our paths or missions on this earth more readily.

There are infinite possibilities ahead of us now with a few more Saturnian obstacles to navigate as Saturn changes signs back and forth in the year ahead.

We speak of the age of Aquarius a lot and with Saturn and Jupiter both coming to that sign in Dec accompanied by a Total Solar eclipse in the progressive sign of Sagittarius at the same time, we may finally be entering the more progressive and positive part of this new age beginning.

Today we have Mercury conjunct Ceres, Pluto, and Saturn in Capricorn helping us to communicate our love and caring in the face of all that there is to be faced of the more pressing or serious nature coming to us through media and our very thoughts at present.

Mercury comes out of bounds today and resumes a more structured path as should our thoughts. This is getting back to basics.
Mercury prepares us for what comes next which is shaping up to be a major event so bear with me as I try to decipher it.

The moon will be in Leo as Saturn conjuncts Pluto tomorrow beginning a new 30 year or so cycle, this time associated with the breaking down of all the old ways that have held us captive in the past which I have mentioned as the blame, punish and control system of Gov and the way many people think as we see every day through popular media.

Pluto will destroy all that stands in the path for a total transformation of beliefs and world rule to a better system which I believe will come with the focus on Aquarius from Dec this year.

But of course these things take time. However there is bound to be one major event relating to a world situation, also a world ruler, or more than one, and/or a Gov system that comes to light in the coming days as the moon is also Perigee two days from now when several major conjunctions occur.

Some has already happened as we have not heard all the facts but I do feel there is more to come yet.

Ceres will step into this conjunction of planets tomorrow and the day after, so there is in fact a triple conjunction colouring this whole 30 year period ahead.

Ceres represents Mother Earth, how we nurture each other and the planet and all areas pertaining to our security and safety.
She is STRONGLY stating her case to the old systems, and we have seen this through events affecting large areas in certain countries lately.

She is pretty much telling us to focus on peace and nurturing each other and the whole of this planet rather than destroying and pulling down what is precious to us.

So this period right now is huge for us all and has been for a while in fact. Its just coming to a head so we can see the light, or so world rulers can especially, as they have the power, but it begins with the individual so we must stop this blame and try to solve the issues with more love and care , and inner strength to encourage those with true integrity to come to power, those with right motive, whether they are older, or more quiet spoken and not powered by money, but who really care about all of the planet and people, not just about their own countries.

This is a big week ahead people, as in two days after the Saturn/Pluto/Ceres conjunction, the Sun will conjunct Pluto, Saturn and Ceres also, which is pretty much the same as the previous day, only with more power and hope as the power of good takes over with three major world players, one has to be a woman or a male with a lot of love in his heart…

We know the Perigee moon acts like a full moon so there is the possibility of world events such as the usual weather extremes, EQs and more and it will exacerbate any effect of the triple conjunctions over the two day period.

On this day of the Perigee moon with the Sun triple conjunction, Venus will move into Pisces which I am hoping will help restore world peace and harmony after what I feel has to be a confrontation of world leaders at the least, hopefully with no actual act of war or devastation that is obviously being threatened.

The soothing but very firm hand of Ceres will help a lot in these coming days as the world and the rest of us goes through its own form of rebirth.

On personal levels those born around this period now will also experience their own form of rebirth and revelations about their future attitudes and relationship with others and self as well as the planet and universe beyond.

This is especially so for those with the Sun or planets/ points on or near 22 degrees Capricorn… And remember you are well protected by Ceres during this period.

And Pisceans via Venus and her move on the 13th/14th. As well as the Venus ruled signs.

But I do believe we are all involved in what is to come.

A total transformation is coming up for many of us during these few days ahead, connected to the Eclipse just gone, and I do believe this will be a highly positive long term effect.

"We are endless galaxies but we have seen just one star."
My Astrology focused Facebook Page: Neptune's Magic
Reactions: Henda, Alain, Lila and 2 others

Janne said:
only with more power and hope as the power of good takes over with three major world players, one has to be a woman or a male with a lot of love in his heart…
Click to expand...

Hmm, who will it be? Will it be a politician? A commentator or media figure? Someone who is not very famous?

I've been getting a lot of chaotic energy here and there for the past 10 days, and it's been affecting me more, and it's coming back today. I'll try not to express that here though.

Love and light for all.
Reactions: Alain and Lila
OP

therium said:
Hmm, who will it be? Will it be a politician? A commentator or media figure? Someone who is not very famous?

I've been getting a lot of chaotic energy here and there for the past 10 days, and it's been affecting me more, and it's coming back today. I'll try not to express that here though.

At least I didnt write in riddles like Nostradamis Therium! And if we knew everything we would have nothing to learn here on this planet ! I wonder too but all are powerful figures I do know that.

Media figures are merely pawns in this play of life and some are on the very low levels when it comes to the major powers on this planet as shown in these types of aspects I wrote about.

Anyone ruled by eclipses or the Sun are major players but the element of mystery comes with Plutos rays and he also means that there will be some unveiling happening.

For yourself and the energy, I have felt the same and most sensitives have. Chaos is the word for sure but for me its on levels of people having forgotten the plan they made before they were born and have forgotten how to love each other and are falling back on the old ways of needing something to blame or someone.

Chaos comes from wandering away from our centre and in a collective sense its hard not to be affected by that but its possible not to be by digging a little deeper than what we are being bombarded with from media.
Reactions: Alain and Lila