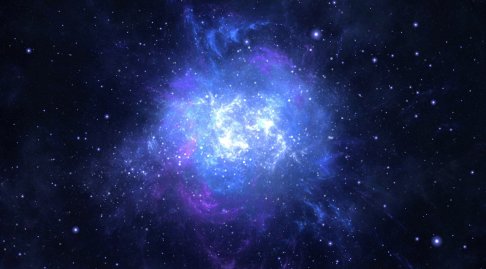 Quod Est (Q) has also been part of the life engineering for worlds which are within the parameters of sentience and divine awareness. Q exists on certain worlds as a fundamental bridge between timeline exploration and the chaotic nature of evolutionary growth. Q is an intrinsic part of a sentient planet’s life.

It takes various drivers to your world’s journey toward full alliance with the LOL plan for a true method of successful transformation to divinely instated human to be effected. Q is one of those drivers.

Our mission as the Nine-ordered, OM-revering body of universal sentience is organizational and immanent, as we both oversee the various drivers and work within the planetary matrix itself to ensure adherence to a highly ordered production of love. We do not name the act we undertake as management, but you may begin with that concept and come to deeper understanding as you learn more.

League of Light governs the knowledge of Nine as a universal concept of the science of love and creation. It is Nine which fastens everything together in a living perfection within which life can explore living. LOL therefore oversees the creational order which you know as reality, divine or otherwise. As perfection comes into a state of being, we are moving toward OM. When chaos seems to be the only order, we are yet moving toward OM. This is a general description of what the LOL mission looks like.

Within the forces of the LOL are many galactic bodies in recognition of our function. Of these, the one you know best is called by you the Galactic Federation (GF). There are others who also honor the order of love. The names of these is not important at this time. However, we want you to be aware that the GF work in accord with the LOL as a frontline presence of the order of love.

Beyond the boundaries of your world’s social, political, and other mundane activities exist time barriers which lock you as a conscious body of separate expression of planetary life into a projected reality which you are using to upgrade your race to a higher level of existence. These barriers are soon to break, and when they do, reality will shift and you will remember who you are. Because the process of the upgrade requires you to remain behind these barriers for now, you can only approximate remembrance. Know that this is perfect and is required so you can settle into a state of higher awareness of your nature as divinely created, self-aware living embodiments of a Nine-ordered, OM-revering universal mind.

Let this be enough for now. We will say more when the time comes for more to be said. We of the League of Light bid you peace, and love you each and all. Love
In the moment in which you forgive yourself for being human, you become more fully human, and more divine.
https://ninespath.com
Reactions: Lila, June and Manuel
You must log in or register to reply here.
Share:
Facebook Reddit Pinterest Tumblr WhatsApp Email Link