Article KAALI, MARS AND LILITH ADD SOME CONFRONTATIONAL INTENSITY TO THE COMING DAYS TEMPERED BY VENUS IN HER LOVING PLACE. (1 Viewer) 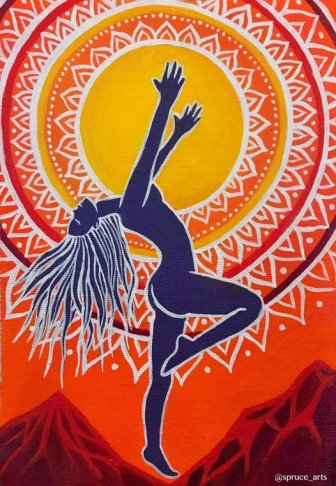 ​
KAALI, MARS AND LILITH ADD SOME CONFRONTATIONAL INTENSITY TO THE COMING DAYS TEMPERED BY VENUS IN HER LOVING PLACE.

Yesterday was the Apogee Moon which can also be quite a powerful force for some of us, a little bit like a Full Moon, and it happened while the Moon was in Cancer bringing out the best of that sign and perhaps the worst too.

Here in New Zealand we are having torrential rain and flooding as well as snow blizzards in the deep south which happened just as I had decided to leave to go south to be among mountains and snow, but first I would visit one of the wildest coastlines on earth on our West Coast of NZ. But not to be just yet.

The sign of Cancer of course is all about rain and snow , rivers rising etc.

Apogee can bring large EQS but usually near a Full Moon.

Today Mercury at 15/16 Leo squares Mars in Taurus which is great for starting arguments if you are that way inclined, Its good for being totally stubborn about something too, and difficult, so watch your mouth people and try not to argue for the sake of it , just to be right as everyone is right at their own level of understanding.

But this aspect is good for quick thinking and will make our minds very fast and speech very direct so we can tell the truth as we see it like a razor blade.

The Gemini and Arian type people will be in their element and Taureans too, not to mention Leos who know they are always right anyway, no matter what.

Tomorrow we have Kaali back, this time with Mars at 14/15 degrees Taurus….To recap on Kaali, this is the darker side of the divine feminine consciousness. It is the kundalini energy which when it rises emphasises whatever it is touching. Its very powerful and very primal. We can think of our own energy within us so very close to us giving us power spiritually or otherwise, keeping us strong and active, so when our energy touches someone elses through our close proximity we have a big effect on them or vice versa.

The same when Kaali the asteroid is close to another planet, because kundalini power is a powerful force that cant go unnoticed as in this case it will set off the specific qualities of any other planet for positive or negative very strongly, making it a more than usually strong force, so imagine Mars at his magnificent and fearsome best ready to go to war for what he believes in, although the earth sign he is in, IS quite grounding,. But still, earth and fire combined with kundalini power can manifest anything it wants to with shocking force.

Theres a bit of a switch of power in fact during the day tomorrow as the Moon moves from the water sign Cancer to the fire sign Leo so I would take this as a sign that some of us will have the urge to rise up strongly and make our selves known in ways that draw attention, not to mention want to fight for what we are passionate about , hopefully without doing any harm as this is a blend of male/ feminine energy of the most powerful sort . It could be a blending or it might be a clash depending on the situation.
All I can say is use the power wisely if you have planets or points around that degree or if you simply tune into it.

If you have something you are feeling strongly about and need to confront it seems to be the time to do so
Taureans and Aries will feel this a lot .

As this is a primal force I think if and when something reacts to this aspect it will be more instinctual than anything especially if someone is is wanting to protect what is theirs, be it a person or a thing.

I can imagine this as a strong female energy rising up to overcome male oppression, to compete on their level but this could manifest in anyway at all.
It is mostly however about achieving great things to conquer evil.

The matter of male/female is further emphasised by an almost equally powerful Lilith/Venus conjunction tomorrow at 12/13 Cancer.
Venus in Cancer overrides a lot of the more negative influences of Lilith who can be quite jealous and vindictive even dangerous if aroused, as she will fight for the feminine and rebel against the masculine, with all the darker energies strong if aroused by certain planets, but in this case her presence in Cancer with Venus does focus on that protective aspect, so with kaali around as well matters relating to feminine issues- families and security could cause some strong clashes and hidden feelings to erupt in the coming days for some of us.

Cancerians too, possibly Librans as well could feel this bite.
Im noting the latter aspect is on my Mars so I would say most of the above could bring out my own fighting spirit one way or another , and my protective side too.

Mercury will trine Chiron Leo to Aries , a positive aspect for sharpening the wits and bringing out the deeper wisdom, for Virgo and Gemini, Leos and Arian “types”.

Sun quincunz Vesta in Pisces 5/6 degrees is really good for keeping the inner spiritual core burning bright and enhancing our own spiritual boundaries for any protection we may need.
Cancerians, Leos and Pisceans take note.

We are in the Balsamic phase of the Moon, the last before the New Moon so right now is not a favorable time for beginning something new, but favorable for closing something off and putting it behind us, and for endings in general. A time for personal reflection, tying up loose ends.