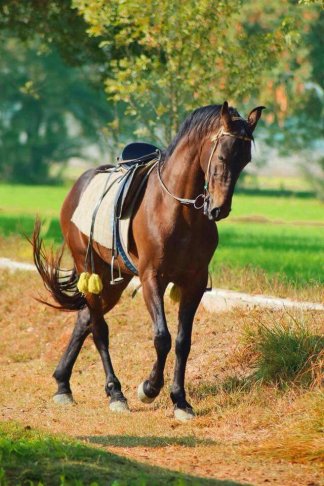 ​
My image is of a riderless horse representing Jupiter without Saturn on his back.

The sign of Aquarius rules equality in its purist form but also communism. A form of communism has ruled the world for most of 2020 and loomed very close to being extreme at times, still is in fact to a degree, as Jupiter although now in Aquarius as from today, is like a riderless horse ready to run without shackles but not quite.

Saturn had dominion over Jupiter in his own sign where Jupiter was weak and restrained, highly subdued and where he was put to work by Saturn to focus on other areas to usual where he did some good for many, but for others not so much.

Jupiter actually stopped the worst from happening but in Capricorn he had both Pluto and Saturn influencing his scope for keeping us all free and independent and he was forced to toe the line most of the year.

Those who had positive aspects of the planet did better than those who didn’t although even hard angles did encourage a certain rebellion which helped to keep people sane at least and encouraged freedom of speech.

As for other freedoms they simply didn’t exist.

Jupiter is about law and the law was harsh. He's also about travel and education where freedom was highly curbed, sports too.

Saturn is about Govs and they turned our Western world into police states, not even caring about real health and diet, with nothing mentioning about healthy living, diet or lifestyles, vitamins or sunshine as ways to keep us healthy.

Instead they locked people in hotels and camps where there was little scope for fresh air and sunshine which is needed both to recover from illness and prevent it. Vit D went out the window.

Not once did we hear advice on popular media about how to maintain good health. Instead they stopped swimming, dancing and outings, walks on the beach for many of us where salty air is wonderfully healthy.
Instead we got advice from sources that only knew of the basics of medications and not a lot about the virus itself.

And now at one of the most sacred time of the year many countries have been locked down again. I understand most of you agree with those methods and I have to respect that but this is not the long term solution to keeping us safe from any virus that passes through our world as viruses are a part of nature even those that have been tampered with to make them more infectious. It is lucky that this one is relatively mild for those of us who are mostly healthy.

Today Jupiter will lift our mood and our voice although he may not speak out for a few days yet until after he has passed the Great awakener himself, Saturn, as together these two planets as they pass the conjunction point will force a situation where people will choose their own future and the future of the planet by their own beliefs and attitudes and be empowered to do so, and the worst scenario will be a world divided where those who want to live in a world of true equality and freedom will be on one side and those who want to bow down to those who are rich and corrupt with their rules on medicines and media, the economy, education and more, who want to maintain the old system that has prevailed for far too long now, will maintain control of the masses.

So the world could be truly divided and countries remain separate from each other if that system carries through.

This will not depend on a certain world leader but will depend on our collective and individual choices, and if the majority is not ready for this new age being born then the mayhem and division will stretch out even longer.

This is the crucial point of what is to come next, a form of communism of the highly negative sort, OR true equality at its best and a much better system will then grow naturally.

Today the Sun conjuncts Mercury in Sagittarius. This is an aspect of the use of the higher mind and is very timely with Jupiter restoring independent thinking and being ready for action when he realises he is free after all this time.

Sun/Mercury can give us lightbulb moments and definitely allow us to see the bigger picture in all its glory so I have high hopes for this.
As always we look at the signs and Geminis and Virgos as well as Sagittarian “types” and Leo types, including world leaders will be in their element.

There has been a real lift of mood today on many levels.

This is actually a day for some GOOD NEWS for a change although some people are definitely NOT feeling happy today as there are new lock downs coming for Christmas in many places.

Venus in Sagittarius is trine to Chiron in Aries which is very much about healing in action and good vitality, so I hope those who have been fearful and depressed, disheartened, will get a real lift from this. Taureans, Librans, Arians too will appreciate this aspect.

The cardinal signs are now free from oppression, that is Arians, Librans, Cancerians and Capricorns so this is something to celebrate.

Scorpios, Taureans, Aquarians, and Leos could be going through their own form of changes but you have Jupiter to uplift you as even when he forms hard angles to sign and planets he manages to create some lighthearted fun and excitement and definitely motivation.

Tomorrow as the Sun moves into Capricorn to shine his light on Capricorn people, who will be feeling happier than they have for a while, we will experience the Summer solstice at my end of the world and Winter solstice elsewhere.

The world will be celebrating the great conjunction of planets which will be the 21st in some countries and early hours of the 22nd elsewhere.

You will have to check locally to find out what time its exact or draw up a chart to find the exact time.

Tomorrow there is the element of surprise to happen with Venus in Sag quincunx Uranus in Taurus. This has the influence of having to adjust to sudden changes in routine or social life, travel routines too or other areas of our security zones, but it is something we can all work with even even if it takes us a little out of our comfort zones.
Expect people to change their plans for Christmas suddenly or you may have to change your own.

AND Mars will conjunct the planet Eris, named after the Goddess who strives for world unity and will go to any means to get it and will wreak havoc until it happens. She is waging war on the patriarchal system and will be very keen indeed to see this New Age go the way she wants it to for all concerned.

We can expect some upheavals in the coming days therefore and some extreme mass action and reaction to the new energies coming in.

What is upon us is like a massive rebirth and kickstart for the planet with some major surprises thrown in so be ready is all I can say and have faith in the process.
"We are endless galaxies but we have seen just one star."
My Astrology focused Facebook Page: Neptune's Magic
Reactions: Pucksterguy

Thank you lovely lady!
Laughter is the sound of my soul.
Reactions: Janne
OP

Pod said:
I had just thought to myself "It is about time Janne popped in with wisdom" and there you were"

I didnt post my last Eris post on here Pod (and thanks for your words). Ive been working hard to finish my quota of readings for the year and now will retire from them after 45 years! I finished finally yesterday. Pushed myself hard this year.

My post before this one was written with a fighting spirit as I was fired up. Eris and Mars meeting are VERY important for we warrior Goddesses and I felt the energy so strongly, still do! I mentioned it in this post.
Reactions: Pod, Carl and Pucksterguy
You must log in or register to reply here.
Share:
Facebook Reddit Pinterest Tumblr WhatsApp Email Link