Article JUPITER BACK TO PISCES, MARS ABOUT TO Rx AND OOB BETWEEN ECLIPSES (1 Viewer) 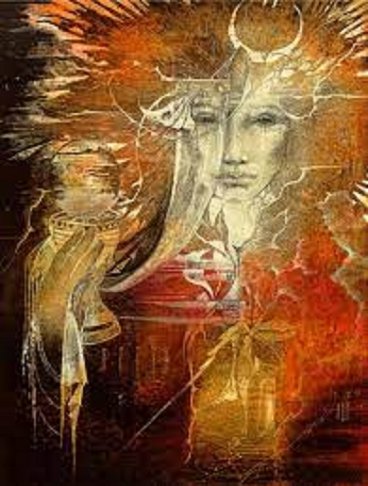 ​
JUPITER BACK TO PISCES, MARS ABOUT TO Rx AND OOB BETWEEN ECLIPSES

We are starting to see the effects of the Scorpio partial eclipse on all levels, individually and globally with many changes of Gov leadership already happening or pending.
Everything at this time is highly significant and for a purpose as we enter a new system, with the competition increasing between the light and dark energies and tensions still building but with a few changed rules.
One of these areas will be communication as we approach the Rx period of Mars in Gemini, when all communication is going to change and what has been left behind will be retrieved and made better for all forms of media including TV, social media and more…

The way we communicate will change. I have written this all year of old rules of censorship disappearing. I had no idea how this would happen when I first realised this but now it is becoming clearer. I do believe there will be much revision of mainstream media and while some world leaders are crying out for more punishment for those who “indulge” in freedom of speech, others are fighting for our rights in that regard. Those who fear truth coming out of course will want stricter laws when people do not “obey“ Gov bodies who may not have right motive.

Mars is also out of bounds from the time of the solar eclipse just gone so this gives him extra power, makes him more radical and determined so he is a bit of a wild card, sod we must be wary in our own reactions to his energies at this time, but we will get a chance to rectify mistakes or words spoken in haste when he goes Rx on the 30th GMT.
Mars would have begun making aspects that will repeat , possibly until March in our charts and they are not to be disregarded at this time as Mars is extra powerful. This power can also account for small accidents or burns to the fingers, hands, arms and toes too, feet even or anywhere for that matter, but he will give you all extra power to do what you have previously avoided as there is a hint of throwing all to the wind, also to standing up for what you believe in and getting into more than the usual strong discussions, taking strong stances.. This is all normal from here on in.

With the aspects already formed as far back as Sept when he hit the 8 degree mark of Gemini , these will repeat and the 29th, 30th Oct or 1st Nov is time to really think about these aspects and what it might mean for you , where it’s happening in your chart and make adjustments , change your mind if you need to before you take a journey in a sense back into the past as ahead of us we are going to meet people we haven’t seen for a while, make plans we never had time for til this point, maybe move back behind the scenes, travel to places we haven’t been for some time, as Mars is in the travel zone activating Sagittarian energies.

I do expect many people to be commuting, communicating differently, learning something new they have put off, catching up with siblings , clashing with them too perhaps or changing the interaction somehow. also rethinking your educational choices… Lots of possibilities there.
But globally it is the most important with many changes coming.

For Geminis and Sagittarians, Arians too, it could be a whole new ball game…

The eclipses add a whole other energy to this as we know what is hidden will come out now and the Rx of Mars happens between the eclipses with the total lunar eclipse coming 9th Nov in some countries, most countries on the 8th, and it’s a biggie for sure with the Sun opposing Uranus . This is the totally unexpected and soon we will be in this energy. Exciting time ahead for sure. This is a life changed for Scorpios and Taureans and for that matter world leaders, Leos and Aquarians.
We already know some of this is financial, about the world economy.
I could add Virgos and Geminis to the list of those having life changes as there is a tight conjunction of Sun/Mercury on the day pf the lunar eclipse, and Mercury will therefore oppose Uranus too.

In the meantime , tomorrow Jupiter (thank the Gods and Goddesses) moves back into the less frantic sign of Pisces until just before Christmas so this will take away a lot of angst and a lot of warlike notions (we hope).

Common or natural law becomes a thing again and more powerful , and people will want to blend together and remember their spiritual roots again, become more natural in their lifestyles and tend to what they didn’t have time for with the wildly enthusiastic, urgent, impatient energy of Aries. But we did get a lot done and will again at the end of the year and thereafter until mid May.

Mercury conjuncts Haumea tomorrow around 29 Libra enhancing our creativity (which in my case is true as I finally made an art space in my life again,) a strong aspect, with her pure energy which is natural and flowing, helping the ease of passage from one state to another whether physical, emotional or mental, spiritual too for that matter as she existed at a time when spirit was manifesting into all forms of matter.

This aspect is helpful to keep us aware that we are co-creators of our world and future at this crucial stage of our earths evolutions and we must do our utmost to keep this earth and ourselves as natural and earth centred as we possibly can,.

Tomorrow the Crescent Moon phase begins which is a time for collecting information, making contacts and learning more about our plan or project.