"This bloke Joe Biden belongs in a home and that home is not the White house," Alan Jones says. An interesting talk by Australian commentator and former radio broadcaster, Alan Jones.

This was posted on Sky News Australia, with 1.83M subscribers. 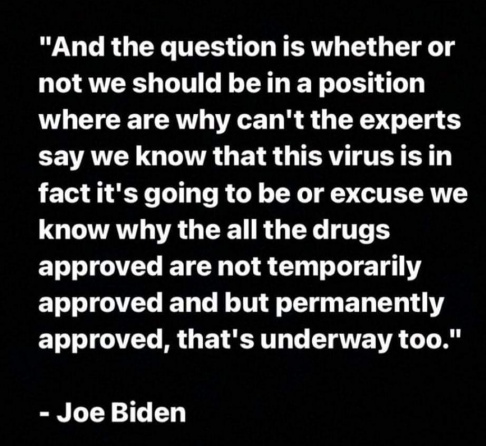 Another example of satire becoming real in 2021.

Old satire actually. Well, sorry, I tried but still I need to find a translation with English subtitles that hasn't been taken down by YT or others due to copyright. For those who know German: It is about Member of Parliament Mr. Stiegler's speech on ... well, ... nobody knows ... in the Bundestag. Reminds me eerily of Biden's speeches today.

Not formed into anything as regards characteristics or colour, naturally void, is the very Reality, the All-Good.
- The Tibetan Book Of The Dead
The Void (Article, Out-Of-Body-Boards)
Reactions: Hailstones Melt and Lilia 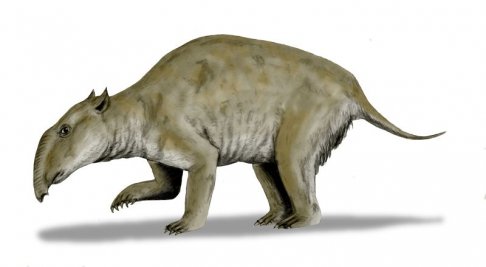 When Palorchestes went extinct, Biden was its friend.
Vibrate in accord with the universal notes​
​
I see it's time to change my signature message. Out with the old and in with the new! ​
Reactions: Laron and Lila

So we're supposed to believe that this clown got 80 million votes, and if you don't believe that, you're probably a 'domestic terrorist' sucked into The Big Lie. In which case you might be thrown into solitary confinement for months on end with no access to legal representation.

We need a Nuremberg type response to the Democratic party's scurrilous chicanery and outright treason, including their fellow travelers in the media pushing this CCP approved garbage while giving aid and comfort to genocidal elites like Bill Gates, the Davos Crowd, and Klaus Schwab. But sad to say, they've got the justice system wrapped up, too, so you're on your own, fellow conspiracy theorists. Like Clif says, "Live long and prosper, don't win stupid prizes."
Reactions: Mike and Laron

I have actually been to Davos. We had a hire car (Merc) and drove over the Alps, as opposed to just rushing through the tunnels going through them, from northern Italy to Switzerland, and ended up in Davos, which was very icy, snowy, wet, cold. Didn't stay long - about as long as it takes a snow plough to make the roads usable again.
Reactions: Laron

well how many of the vip walking on earth are natural and not clones or hologramms
Reactions: June

Alain said:
well how many of the vip walking on earth are natural and not clones or hologramms
Click to expand...

There are quite a few. Biden seems to be some other person who became a double and ended up taking over after biden died. I see too many inconsistencies in his face as if he's not biden at all but some damn clown they had to use. They used him knowing his mind isn't all there because they planned on having an easy way to get rid of him and replace him with harris as potus and with skeletor as the VP, I mean pelosi oops. So many see it but I think more and more are realizing. It's like we're having a joke played on us or something, you can't make this crap up.
If you want the world to change BE THE CHANGE and treat ALL others how YOU want to be treated!!
Reactions: GregH3000

Gotta see this new Clif High interview... one of his best (showing off his interdisciplinary self-tutelage in amazing fashion); I had to watch it twice right out of the gate. What would I do without this man keeping me sane during this woo-splosion?
Reactions: Rebekah and Lilia

GregH3000 said:
What would I do without this man keeping me sane during this woo-splosion?
Click to expand...

i got you, i sometimes feel like i need a straw of sanity to hold on to too after i had dealings with civilization... though, there are other people who weave threads of sanity out there too, without Clif you'd just find another one in times when staying sane needs a team effort
Reactions: Rebekah, Bert and GregH3000

2021-0912. Biden is a Uniter: Yankees and Mets Fans Join Together to Chant "F*ck Joe Biden!" as They Leave Saturday's Game. https://www.thegatewaypundit.com/2021/09/uniter-yankees-mets-fans-join-together-chant-fk-joe-biden-leave-saturdays-game-video/

2021-0913. Happening Now: New Yorkers Chant "F*ck Joe Biden" as They March on Brooklyn Bridge Against Mandatory Vaccines (VIDEO). https://www.thegatewaypundit.com/2021/09/happening-now-new-yorkers-chant-fk-joe-biden-march-brooklyn-bridge-mandatory-vaccines-video/
"When you censor a person you do not prove him a liar, you prove you fear what he has to say."
Reactions: Laron
You must log in or register to reply here.
Share:
Facebook Reddit Pinterest Tumblr WhatsApp Email Link