Article Jennie, an Encounter of the Fifth Kind (1 Viewer) 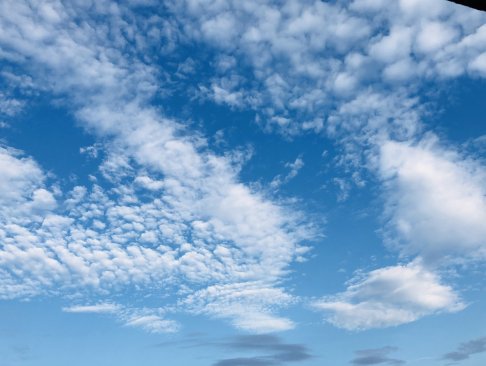 It was one of the most amazing and beautiful lucid out of body experiences I have ever had. It happened on August 3, 2019 in the morning.

When I do conscious astral projections in the morning, they happen most of the time. But I need to do it early in between 6 and 8-9 am.


How Did it Happen ?

I woke up about an hour, may be a little more before the astral projection happened, as my cat came to sleep by my side ! She does this every morning... So I was talking to her and she just was laying beside me... In a moment, I felt heat and was sweating hard, then my heart was aching very strangely and felt very nauseous, as if I was healing telepathically someone who was not physically with me.

I wondered who was that being I was healing…The feeling in my heart chakra was very painful and I felt also extremely nauseous. Thusly I started the healing of that heart coming through me. In a moment, I had the sensation that someone jumped on my bed, and it wasn’t my cat as she was still laying near me.

I was asking myself who this could be… I felt like someone was clearly walking on my bed and it was very strange.

My cat turned herself on the left side of my bed just like me, she always does this too because she wants to stay near my heart and in my arms. I then felt her leaving my room. It never bothers me because she does this every morning.

I fell asleep and suddenly my astral body split off of my physical vessel that was shivering from cold few minutes ago. I was in a parallel room of mine, exactly the same but different space and dimension ! It was a deep feeling of being somewhere in another parallel realm.

How can this happen ?

It’s not easy to understand that we are surrounded by multiple worlds like the one we are in, in full consciousness and physically. To travel from one world to another our consciousness need to expand so that the astral planes become more accessible to us. When we have OBEs this is what happens : the consciousness expands and can move from a realm to another one easily. One has to always keep in mind that it happens naturally, and it can lead to great experiences. Leaving the physical body is very natural to most of us and even our pets travel too. Since I have my little kitty she used to travel with me many times.

I first thought, I was sitting on my bed but It was my astral body floating over the bed and just landed on the left board. My physical body was laying on the right side facing the wall.

As I wanted to leave my bed and the room, a little girl was standing tall in front of me. I just stumbled on her !

She had brown hair and eyes, wearing a white dress, and had humanoid traits. I thought of an errant soul… But no she wasn’t because when I stumbled in front of her, I felt her physical body and it was hard not like the human body. It was as if I stumbled on a wall or a metallic body. It was very weird and I was trying to figure out what I was seeing and whom I was with.

She started talking to me with the voice of a little girl. I could give her 7-8 years old.

- I am lost here, she said to me, with no one beside me ! I felt deep love immediately for her. I really thought of an errant soul in my home at first.
- Aw ! I replied ! Come here ! Tell me where are your parents? Where is your mom?
- She is not here, she has left for a while now
- And your dad? Where is your dad ? I asked
- My dad is a robot, she answered ! he isn’t with me but he may contact me !
- Come here and let me hug you !

And she came in my arms feeling so sad and relieved too as we met. I was standing in another place than my current room, may be a plane just near or so far from where my physical body was, and the little girl or being, trying to figure out what to do especially with a being who came travelling from deep space, and found herself with me. It was very intriguing experience.

In my astral body I was feeling love for this little being asking for help… And I was afraid to stay stuck there with her. It was really like you find a child lost in a place, in your town, and you want to make sure he is in good hands.

That was the feeling I had while with her.

When suddenly I heard her saying that she was leaving that place, as her daddy was calling her…. I didn’t see him, but I let her go, saying good bye.

While leaving my room, I saw her walking out of my door with a little animal that was bigger than a normal cat, with those brownish spots on his body, like a panther.

Back in my Physical Body and Current Reality

I came back very softly in my physical body and opened my eyes. I was deeply intrigued as it was so real, touchable, vivid and truly amazing ! I asked for her name, and it was as if she heard me and I heard « Jennie ». She was talking to me in French most of the time, though it was telepathic communication, I could hear her little voice and feel her sadness. The healing carried on for a while after I was back.

Some errant souls may come to me searching for help. I have helped many during the last years. But they was different cases. The idea that the father was a robot made me understand that she was a hybrid extraterrestrial being. And yes she was one of these hybrids. I realized that I have downloaded information about her and the way she has been created. I had to travel back to that space in consciousness to bring back the information. It takes some time before the full of it comes in. I can’t explain how it works or how I do this, but I understood that I always bring information from my astral travels and that was confirmed by my own artwork. I felt dizzy and as if something entered me meanwhile when I entered back Jennie's space and time. She was a creature from Sirius.

Jennie
She is one of those new hybrids who live in Sirius. The feline she was with was more like a detail of her planet than a real one though I am sure of seeing it. And this wasn’t a creation of my mind. I have already experienced such things with dragons, when at the end of my OBE, I see myself flying on the back of a dragon who brings me back in my physical and then once in my vessel, I see the dragon flying in front of me in another world from a screen that opens in my third eye. It is impressive ! Her name is only the human name of a code from Sirius' new laboratories where hybrids are being created for specific purposes. The code is secret as all the names in Sirius.

Jennie is a new experience made like a robot but with humanoid features and she has a consciousness. She can travel from a world to another and can keep in touch with her parents / tutors or at least one of them. They are not like human genitors, they only participate voluntarily in creating the new kids of Sirius and take care of them. They also teach them how to travel and how to navigate dimensions.This girl was afraid and homeless because it was her first experience. The little panther she had, was her totem and guardian. It helps her find her way and stay in touch with her tutor. It also represents her personality, her mission and traits.


How are they created ?

In pods with a new genome. They have skills like humans but are more evolved. First they are programmed in very specific virtual computers. One can see everything they are made of : the physical shape in all its details. The energetic body too with all its powers and gifts. The Program is made in a way that every type is wether part of a community type, or a prototype. The programs are multitasked and can do many things at the same time : it can for example give an idea of the energetic body with all its powers by showing in real time and space how it can work, but it stays virtual unless you confirm it.

Jennie is one of these gifted beings who is half human, half a robot with specific gifts like the ability to travel in many dimensions at the same time, because she has a soul. Some hybrids don’t have souls actually.

her physical body was very hard when I stumbled on her. It was one of the things I never expected to feel. It reminded on an astral projection where I started touching my chakras, the lower chakras are hard on the astral plane.

Some may think that these being are clones. I don’t really hear this word when connecting to Jennie. But anyway, we all know that extraterrestrial technologies includes hybrids and cloning.

The Purpose: Creating A New Intelligence

It is a new program to create performant beings who can travel many dimensions at the same time in their bodies. They don’t need ships and other ways for navigating in space. Everything, including a high sophisticated technology, is in them. They have special abilities in shielding, building programs in other planets with other beings, teaching their skills and creating new ones like them. They actually, hold the program that created them, which is activated when they download it internally, to create other beings like them. This way, the program and technology stay safe and novel.

Sirius has been a place where long wars and misery. The new hybrids are beings in between the humans and the robots, and are trained in a very serious way to learn how to navigate dimensions.


Jennie was at her first multidimensional space travel and still in contact with her tutor or father.
Last edited: Aug 10, 2019
Reactions: Alain and June

That is very a nice read
Reactions: Henda
OP

It never happened to me this way before ! This time I really touched the being with my astral body and some amazing physical sensations came through it including her hard body !

A new era of astral projections for you that started perhaps. Time tells.
Reactions: Henda
OP

Who knows !? I feel something is going on actually.

Henda said:
The little panther she had, was her totem and guardian. It helps her find her way and stay in touch with her tutor. It also represents her personality, her mission and traits.
Click to expand...

Reminds me the avatars in the movie Golden Compass.
Everybody all around the world - Gotta tell you what I just heard
There's gonna be a party all over the world
I got a message on the radio - But where it came from, I don't really know
And I heard these voices calling all over the world
Electric Light Orchestra
Reactions: Henda
OP