Article Is There a God? A new response on the Pleiadian Renegade FAQ (Frequency Adjustment Questions) (1 Viewer)

Nine’s Path’s FAQ page is unique among FAQs in general. It doesn’t seek to answer technical questions about the site, its function or origins. While you’ll find links to such information readily enough there (we are nothing if not thorough), in typical Pleiadian Renegade style, you’ll find questions designed to raise your awareness and deepen your understanding. Simultaneously. This link goes to a new article about the FAQs as well as the new answer to the question "Is there a God?", which you'll find in its entirety just below. "New on FAQ: Is There a God?" https://ninespath.com/blog/news/new-on-faq-is-there-a-god/

However, I invite and encourage you to explore the other questions that are answered there, as they are quite interesting!
You can find the main FAQ: Frequency Adjustment Questions page here: https://ninespath.com/about/faq/

Without further ado, here's the latest:
"Is there a God?" from the Nine's Path FAQ: Frequency Adjustment Questions

Before the time when the world was formed and reformed in great cataclysmic eruptions of change, there was understanding of the nature of the cosmos that transcended the need for questioning the existence of such an all-powerful being as what generally is considered to be “God”. Now, understanding of the cosmic order has been shaped to a large degree by what has happened on the planet. Catastrophe in itself has effected change in the way understanding had been transmitted from generation to generation and among peoples in disparate geographical areas. Add to that the disruptive effect of some influences—in the form of regressively coded powers—upon the tribes and scattered people in a post-catastrophic world, and it becomes easy to see how completely a fundamental tenet of civilizational awareness can be subverted. While core truths survive, their understanding remains incomplete as long as those influences persist. You are entering a time in which the impact of these outside influences can be understood for what they are. As they are, you can reclaim the knowledge that has been kept hidden from full apprehension. Soon, you will know the true nature of reality, both as it relates to your world and to how you understand yourself to be within an expanded concept of life.

The ideas that have arisen in your civilization surrounding the questions about the nature of sacredness and the existence of some kind of intelligence aware and responsive to the entreaties of human beings seeking grace within chaos have become twisted into a tangled knot of confusion. Questions such as this inevitably lead to dissatisfaction, mainly because they arise from a state of fear. Concern over the ability of life to thrive within the aftermath of catastrophic change instilled the seed of disunity. Limitation, ending of what had been, loss, trauma, and grief laid the foundation for doubt in the trustworthiness of nature. Once that took root, little could be done to forestall further change, and further loss of what had been known was enforced by the need to stay alive and make sense of the mortification of trust. Thus began the splintering of the human psyche.

To this day, there have been heroic steps made by man to heal this. However, it is within that the mending takes place, affecting the whole of humanity. Only when the individual comes into direct confrontation with the separation that exists as part of the forgetting, the trauma, the loss that wholeness can be found. It is there, but the way has proved to be one of the greatest tests of courage and faith a person can face. For this reason, you look to heroes, and you find the mightiest in the most unlikely places. In finding within yourself a reflection of the heroic, you feed the will to reach wholeness.

You are able to do great things, to become more than you ever thought you could, to inspire others to reach beyond the limitations that brokenness and ignorance impose. Yet alone, you cannot reach completion if you have limited yourself to being merely human. Apotheosis is something that eventually presents itself in the search for wholeness. This is not to say that you become God, but that at some point, even the most broken, the most skeptical, you will confront divinity. How you approach it determines much of what follows, but no matter which way you choose to explore, you will reach the door which leads to the unknowable. At this point, you will have reached a point of utter dissolution of what you have constructed as self and be faced with the Absolute from which selfhood derives. It is beyond all concept of soul and being. Thus, we say it is unknowable. When it has been approached, all knowing likewise dissolves. What remains, far from being nothing, is what you might call God.

As an entity, there is no Absolute. As a force, it is without limit and thus without a counterpart from which to measure it. As a field, a quality, or anything definable, it is impossible to confine. Understanding brings you closer than knowledge to encountering any meaning to the answer to the question, “Is there a God?” In truth, there is only God. Everything is the one which you enumerate with the name “God” in whatever form you choose to cast it, yet it is beyond the concept of enumeration, naming, or building from the elements of time and space.

Now we come to the point of this rather long exploration of a straightforward question. There is only one and zero, all and nothing, within the matrix of man. When you feel pulled into the drama, you lose the plot. Step back and appreciate the simple elegance of the way we answer the question. That is all.

Love
In the moment in which you forgive yourself for being human, you become more fully human, and more divine.
https://ninespath.com
Reactions: Tristan, Alain, Bert and 4 others

This makes so much sense...
Reactions: Alain and Maryann

Maryann said:
Soon, you will know the true nature of reality, both as it relates to your world and to how you understand yourself to be within an expanded concept of life.
Click to expand...

This supports the general concept of a light wave/pulse containing information (light is information) which will be integrated into the fabric of human collective consciousness. Much as arthropods existing in the sea of some moon in our solar system will receive and integrate information pertaining to them.

I wonder if we will imbibe the light, be drenched in it, or have it smatter across the fields of our consciousness like a light rain bringing dew to the planet. 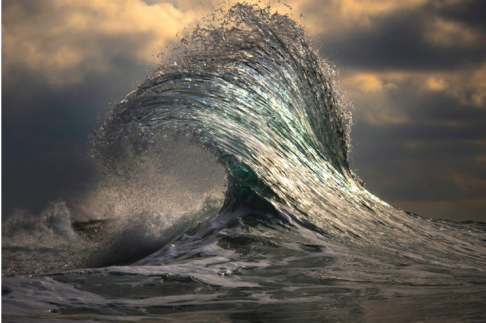 Last edited: Oct 22, 2019
Vibrate in accord with the universal notes​
​
As long as bribery, intimidation, threats and blackmail are used to enforce public health, there is no real public health (Lisa Renee, creative commons 3.0 BY-SA, www.energeticsynthesis.com) July 2020​
Reactions: therium, Lila, Alain and 3 others

Hailstones Melt said:
This supports the general concept of a light wave/pulse containing information (light is information) which will be integrated into the fabric of human collective consciousness. Much as arthropods existing in the sea of some solar moon in our system will receive and integrate information pertaining to them.

I wonder if we will imbibe the light, be drenched in it, or have it smatter across the fields of our consciousness like a light rain bringing dew to the planet.