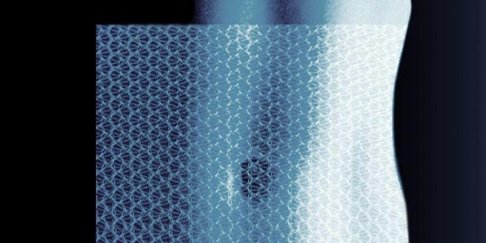 Likewise, in previous articles we had also commented that it is expected that the lines, or the passage between them, will reopen in the middle of next year, because, as you know, they had to be closed and block in January of this 2019 because there were so much attack and harassment of those on the timeline 42 to get them out of it and back down to the timeline 33 that it was necessary to literally "close" the "bridge" so that no one could go down if they had managed to raise their vibration and transfer, though, on the other hand, no one could "climb" if he had not achieved that. Thus, we have almost 9 months of total separation between those who are vibrating at the frequencies of the timeline 42 that leads us to the already known and called the “new Earth 15.6Hz” and those who follow their routines, lives and realities in the timeline 33 itself that has dominated the evolutionary path of humanity since its inception, and that remains in a loop within that same reality without allowing the level crossing for those connected to it.

The situation, then, remains the same, the passage has not yet been opened, but other processes and octaves have begun today to prepare for the opening of it in a few months. What processes? Basically, the creation of sub-barriers between all levels of the timeline 42 has begun to stop the “bleeding” of falls that are anticipated towards timeline 33 as soon as the protective barrier that separates them is removed. Why? Basically because the Asimoss, Amoss and company that are not confined in their sealed operational bases and that escaped that “confinement” still have the technology to access the timeline 42, and “attacking” from the physical plane shared by both lines, they continue “stretching” down everyone directly or indirectly, without being able to take them to timeline 33, but in many cases lowering them below the sub-level 5.

I, who have tried to maintain level 15 in all subtle bodies from the physical to the causal in recent months have seen time and again through energy attacks, manipulations of my reality, "harassment and demolition" here and there, lowering the molecular vibration of each of my particles again and again, having to continually heal blockages, increase frequency, and always be aware of the next “attack” to continue reducing the vibration of each body. In general, it has been the tone for most people in the 42 with greater or lesser impact, virulence or subtlety, being aware of what was happening to them or not.

Since in addition, even if Asimoss or Amoss are seeing their power reduced, the “human” control system still maintains most of its capabilities to generate all kinds of situations in which our day to day keep us in the worst possible energy state and, therefore, if this continues like this for a season, which will possibly, and the bridges between the lines are opened, most of us will go back down to the timeline 33 as soon as they manage to alter our physical, mood or mental state towards densities and frequencies that are more negative, chaotic and dense due to the alteration of the planetary, national, regional or local common reality in which we live.

With this in mind, all those who assist the planet in its process of evolutionary change, have decided to install barriers to "slowdown" and protect, as I said, between each sub-level of the timeline 42, so that there will be an energy membrane between the level 1 and 2, between 2 and 3, etc., up to the barrier from 20 to 21. This may not prevent from lowering the resonance frequency of each subtle body somewhat, but it will make it much harder to fall back to levels of the timeline 33 if we are in the 42, above 11 Hz, and if one is in the last octave of timeline 33, between levels 21 and 28, between the 10 and 11 Hz approximately; when each particle manages to rise above those 11Hz at the molecular and vibration level, it will have a “handle” and a “footrest” to stabilize and won’t “go down” towards the timeline 33, when one is “shaken” by the situations lived in his reality.

Therefore, it is planned that the construction of all these barriers be completed before the summer of 2020, and when the passage between the lines is opened, everyone can use them and dispose of them automatically, since what they simply do is prevent each atom that forms you decrease its vibration below the maximum level that you have been able to access, just as the separation barrier between 33 and 42 now does.

A cyclical and recurring timeline

I have pending for future articles to explain why line 33 became a “closed” and looped timeline that prevents the evolutionary level crossing, since it has a lot to do with experiments with space-time that our “elites” made some decades ago and that condemned this timeline to be repeated cyclically without the possibility of evolutionary leap. For now, you know that you still have all the material on these concepts of line crossing, evolutionary change to the new Earth 15.6 Hz and how to raise the vibration of each subtle body in the archives of the blog, starting with the January articles of 2017 or so.

Check periodically the status of each of your subtle bodies and above all remember that the physical body, which is the most complicated to "climb" due to its density, is subdivided into seven sub-bodies, from 1.1 to 1.7 and that the frequency difference can be huge between them. While the body 1.1, which is what we normally classify as the "material" and "solid" body may be at level 3 of the timeline 42, body 1.2 may be already at the 11, since the 1.2 body to the 1.7 the material and molecular density is much lower and, therefore, their vibration rises much faster. For the rest, it is okay to ask without making subdivisions for the state of the etheric, emotional, mental and causal and regularly check in which sub-level of the timeline you are in, that will help you see if the events of your lives in recent months have reduced and lowered your frequency or if the exercises and requests that you have been able to do have maintained or kept you up.

Although we are not publishing anything about it, since all the information that was necessary was already given years ago, it does not mean that the process is over. We must continue climbing the ladder, although the explanations on how to climb it have already been given to us years ago and we are not repeating them again to avoid publishing the same thing over and over again. We hope that with these new membranes between sub-levels we have much more resistance capacity when it comes to maintaining the levels of vibration that we have been able to access and, hence, serve as support points to continue climbing to higher stages as we have been doing in recent years.