Yesterday my sixty year old New Zealand QHHT client had no past lives come up today as she was busy visiting multiple planes in higher dimensions to establish communications between a higher aspect of herself and other sources, including higher self and the absolute.

She received downloads and had a variety of noticeable physical energetic sensations back in the room as her energy system and chakras were activated and healed. At one point she felt her bed moving. But one important experience was when she was brought back to when she lost her wings, as an angel, a very long time ago.

This brought on a strong emotional response as she revisited the memory of feeling the nubs and immediate loss—very similar to losing a loved one to her, if not worse, she described afterwards. 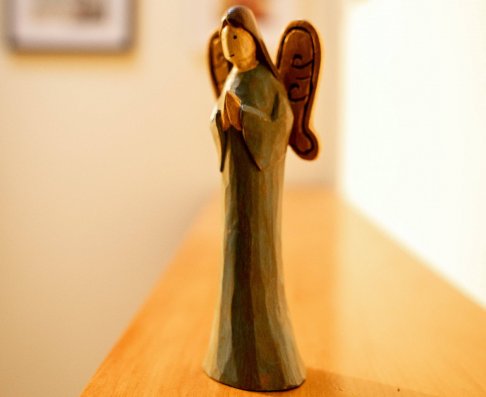 ​
On the positive side, also during this moment the higher aspect of herself was in communication with a higher angelic being where a negotiation was taking place. She had her wings restored. This took place in the session and included a healing of her sacral chakra, and further expansion of her spirit. Later on in another plane she experienced flying with her wings once again, causing her to become ecstatic.

Near the end of the regression it was revealed that because of her light work, not just in her current life but multiple past lives, she had made up for the mistake she made which lead to the loss of her wings.

Before the session I was aware of this process with angels and archangels, but also how they obtained their wings through service (light work/helping others, etc.)—something I’ve achieved, which I found out last year. So it was of no surprise, but it was a surprise to the client which she shared after our post talk.

While being fully awake and following her path, this was still a powerful session for her, not only because of the impact of her other self as an angel on her current incarnation in terms of spiritual development and access to certain intuitive and healing abilities, but also because of the different locations she visited today where she gained assistance from light beings with her ongoing journey to progress along the spiritual path.

I’m available for past life regression online and in person here in Nelson, New Zealand. For more information, head here and contact me for bookings. You can find client sessions on YouTube here.
Social Media: Facebook | Telegram | YouTube | Rumble
Lighthouse at the Oasis: Facebook | Telegram
My Services: laron.nz
Reactions: Lila and Hailstones Melt

I am thinking loss of wings is also part of devolution (of beings falling/fallen through dimensional layers) but we are now back on the evolving path again.
Vibrate in accord with the universal notes​
​
I see it's time to change my signature message. Out with the old and in with the new! ​
Reactions: Laron

I've had the sensation of wings unfurling in a tense situation. I could feel them for days, and I liked it - very reassuring.
Everybody all around the world - Gotta tell you what I just heard
There's gonna be a party all over the world
I got a message on the radio - But where it came from, I don't really know
And I heard these voices calling all over the world
Electric Light Orchestra
Reactions: Laron and Hailstones Melt
You must log in or register to reply here.
Share:
Facebook Reddit Pinterest Tumblr WhatsApp Email Link