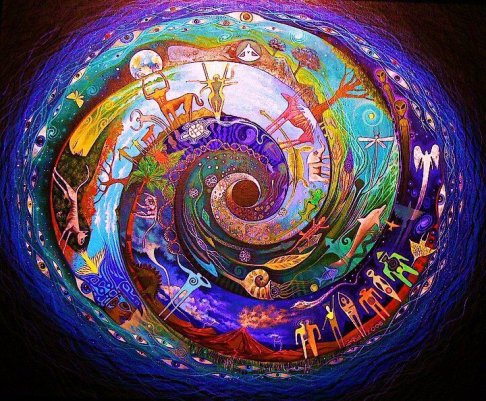 ​
New beginnings for Pisces for the year ahead in a very personal sense with your goals and spiritual path .
For Virgos its more about a new start in how you interact or gain support from others and relationships in general.

This New Moon carries a lot of very strong assertive energy for any of us to go after goals using more push and shove than usual , pushing against resistance of the strongest type with courage, as today Mars is exactly conjunct Pluto in Capricorn around 27 degrees.

So Pisces in particular get the full force of this very strong aspect coupled with the Mars/Venus conjunction yesterday around 26 degrees, which also means Venus will be conjunct Pluto tomorrow at 27 degrees Capricorn which is a very intense or passionate aspect , bringing much depth of emotion.

So if we have been affected strongly by events in the last few days we now have the power to process this more easily and deeply.

The mix of aspects today will as it is, take a lot of processing for anyone let alone the sensitive and intuitive Pisceans who respond more quickly than most to the planetary rays, being a blend of all the signs.

This New Moon is important for all of us as a new beginning in areas of our spiritual goals , creativity, and along with these very strong aspects at present will help us assimilate all the changes happening world wide having a massive effect on our collective consciousness and unconscious.
It is infusing us all with new resolve and more inner strength than we have felt for some time as well as ability to assimilate new energies coming into our world , plus access to deeper wisdom and other dimensional realities and therefore ability to understand more of what is behind the apparent mess the world is in and why this is all necessary to move more fully into the New Age that the planets promised us, just before everything turned rather chaotic in our worlds both globally and personally in 2020.
Cognative dissonance is still around but there is more resilience and understanding for those of us who have the ability to move more quickly into the higher dimensional vibration that is now flowing in more rapidly.

I believe this New Moon is a major turning point for all of the above as near it there were several major world events happening simultaneously and I can only name the ones I personally know about, which are invasion of Ukraine by Putin, which incidentally has much more to it than meets the eye, the massive floods in NSW and Queensland of Australia , and in NZ there has been the most horrific clash of Police/Gov with thousands of peaceful protesters that I personally saw through a live video yesterday which has left me in a state of shock and disbelief and even though there were towards the end some antifa types come in with face coverings to throw things and fuel a fire accidently started by police, it was indeed peaceful right through the last weeks, but this terrible clash was caught on camera so there is a lot to follow yet with much evidence being gathered.
This is AFTER the fight in court was won for the mandates to be dropped for both police and army in a court case funded largely by these same freedom fighters.
The push

There is also a conjunction of Mercury with Saturn at 19 degrees Aquarius today which is generally a time of strong decisions for many as it brings the ability to research all the facts and figures of a given situation, work out strategies and I am sure there is a lot of that going on in the world, and will be in the days ahead, as a New Moon has an effect for a few days until the coming crescent moon at least and all aspects on a New Moon set the trend for the coming month, with other strong planetary events setting them off throughout the weeks ahead.

As the Sun is going to be conjunct to Nessus in 2 days and then conjunct Jupiter as Mars and Venus move into Aquarius. I am expecting some major moves being made on the world scene as the Sun conjunct Jupiter aspect at 15 degrees Pisces is a “freedom” aspect and should see many world leaders finally dropping more mandates and laws, bylaws . With Jupiter being involved this should also affect our freedom to travel without the strict and inhibiting laws of the last two years.

And with Mars and Venus moving into Aquarius on the crescent Moon how can we not expect more freedom of movement and equality to return to our lives, as where I am the country is totally divided so we can not use our libraries or restaurants without a v a x passport and yet even those with them can pass on the virus. Nothing has made sense for a very long time now .

This New Moon chart has a clear view of the Nodal bind still in effect which it will be until early next month, so many of us are still held captive by this but soon it will be gone so I have high hopes for many breakthroughs and still much to be revleared in the month ahead.
With the aspect today of Mars/Pluto at 27 Capricorns, any of us with Sun or other planets or points near this degree could find ourselves in a clash with someone who is of strong opinions, so they would feel they are between a rock and a hard place for want of a better description . This could apply to Scorpios and Arians as well as Caps, or anyone at all.

It is an aspect of very strong resolve however to push through something with drive and courage.
Geminis and Virgos, Capricorns too and Aquarians will feel the Mercury/Saturn aspect strongly, very good for putting on your thinking caps and decision making, company matters,
There is one more aspect today , that if of Uranus and Juno, Taurus to Aquarius 11 degrees, that is a highly disruptive and confronting concerning our security levels and relating skills, also about fairness and equality, as Juno will pull out all the old skeletons from cupboards from long ago to throw in our faces and make enough mischief with any fuel she can get, if there is an abuse of power in any sort of relationship, even those that can affect our communities, so that we front up and deal with it.

We will see the effect of this on mainstream media I am sure.
Its quite probable that any of you who have Aquarian or Taurus Sun or planets near that 11 degrees that this New Moon could indeed bring a new beginning as you clear a lot from the past.

New Moons bring a fresh start with many new ideas coming in to make use of, a new resolve to do better and this one can help us connect back to our spiritual sources and indeed dig deeper into our psyches, call on aspects of self we may have forgotten or never really explored.

We may all be very surprised at how much more we are capable of than we ever dreamed possible after today.

The world is changing and we along with it on deeper levels that we ever could imagine.