I used to be quite passionate about this topic. Some of you may remember the articles I wrote on transients about Cloud G2 and the energies relating to the shift in consciousness in connection with the Galactic Center. I used to write a lot about Paul LaViolette’s theories on this, also. 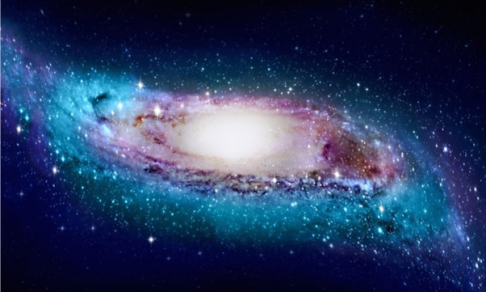 In the QHHT session I transcribed from my client Lai (I did about 9 sessions with him) there was a lot of information around Cloud G2 and it’s influence on the shift. Here is one example, part four.

If I recall right, Cloud G2 being consumed by the black hole (galactic center) was an important part of the shift and an indicator that things were really advancing in terms of consciousness changes as part of this astrological age in connection to the precession of the equinoxes.

Five days ago The Guardian reported on the galactic center being the brightest it’s ever been in known history, which is only 24 years since that’s the time period it’s been monitored. The energies coming out of it are directly related to what is going on in the world, including climate extremes people waking up, their vibrations/frequency increasing (spirituality increase) and a number of other things such as changes in DNA and so on.

At the end of the article it mentions Cloud G2.

“Another possibility involves a bizarre object known as G2, which is most likely a pair of binary stars, which made its closest approach to the black hole in 2014. It is possible the black hole could have stripped off the outer layer of G2, Ghez said, which could help explain the increased brightness just outside the black hole."

I spoke about that back in 2013, and it came up in Lai’s QHHT sessions them, six years ago.

So for me, I love seeing this coming up in the mainstream as it provides validation for the metaphysical side of things. While the scientists tend to think the cause of the light is the black hole consuming stuff, it’s also possible stuff is coming out, impacting us and the rest of the galaxy.
Social Media: Facebook | Telegram | YouTube | Rumble
Lighthouse at the Oasis: Facebook | Telegram
My Services: laron.nz
Reactions: Alain and Lila

Is this the same, I saw this back in mid-August :-

It's usually very dim, but astronomers recently saw Sagittarius A* flare up -- in fact, it just got brighter than we've ever seen it.