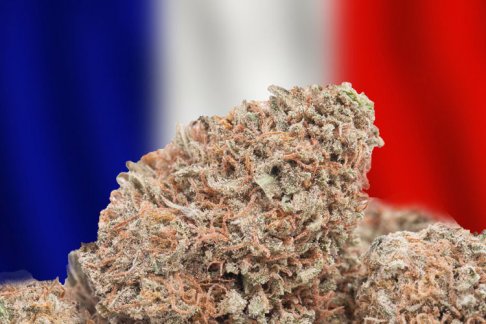 ​
The French government is about to make some drastic changes to the enforcement of cannabis use laws. A government spokesperson revealed that by the end of 2017, France will end all prison terms for cannabis users.

One can expect that these changes the government will modify existing law in some way or another. Many expect further cannabis law reform by French President Emmanuel Macron considering his election campaign platform.

Although decriminalization of cannabis use is unlikely in France, an initiative exists to reform the judicial procedure when prosecuting cannabis users. Government spokesperson Christophe Casaner stated:

“Last year, 180,000 people were found to be in violation of drug laws. On average these cases take up six hours of police time and the same amount for the presiding magistrate.”

“What is important today is to be effective, and above all to free up time for our police so they can focus more on essential matters.”

Is Policing Cannabis Use Essential?

Consequently, what the French government is saying is that policing cannabis users is not essential. What is happening more frequently are scenarios where police officers are turning a blind eye when it comes to recreational cannabis use. Patrice Ribeiro of the French police officers’ union, stated:

“Most policemen who arrest a user tell him to throw the joint away and then let them move on”.

Although these changes in the enforcement of cannabis use laws in France may seem small, they are likely to free up some of the country’s judicial resources. The French Observatory for Drug Use and Addiction reported that in 2014, 17 million French citizens said they had taken cannabis at some point in their lives. There are estimated 700,000 daily cannabis users in France.


About the Author
Anna Hunt is the founder of Awareness Junkie, a community paving the way to better health, a balanced life, and personal transformation. In addition, she is the proprietor of OffgridOutpost.com, an online store offering GMO-free healthy storable food and emergency kits. Anna is a certified Hatha yoga instructor and founder of Atenas Yoga Center. She enjoys raising her children and being a voice for optimal human health and wellness. Visit her essential oils store here.
​
Social Media: Facebook | Telegram | YouTube | Rumble
Lighthouse at the Oasis: Facebook | Telegram
My Services: laron.nz
Reactions: Stargazer
You must log in or register to reply here.
Share:
Facebook Reddit Pinterest Tumblr WhatsApp Email Link