The sun erupted yesterday leaving us in the wake of a G2 geomagnetic solar storm (6 on the kp index scale). People are feeling quite destabilised and emotional. There’s a lot going on globally and in our personal lives. Alongside that the planetary positioning and consciousness energies are ramping up during the early stages of the Age of Aquarius within this astrological age.

This month is key with many secrets being revealed and court cases worldwide finding their place in history. We’re a couple of weeks away from a major event that will also bring more emotional ramifications.

There’s been alternative timelines which would have brought different futures, some not so bright with war, and others with a cleansing that would have left Gaia in a healthier state.

This week some of you are finding it a bit too much. Others are feeling that they are in their power ready to face the coming storm. Many of us were born into this life for this exact time, whatever timeline was going to come to pass as there was never a single destined one which was sure to play out.

The division continues with friends and family being separated as sides are chosen. It doesn’t matter what side you’re on, or if you are on a ‘side’, but what’s important is that we stand together. ‘They’ want us all separated — this creates a global space for the dark to have more success with their agendas.

More and more people are going to change because of what’s been put into the human vehicle. But hope is not lost. There’s ways to reverse the damage and when the division is there, the answers for people in need are not easily realised, especially when traditional medical choices are made.

We need to come together right now, even with such strong differences of opinion, as the future is not going to be easy to navigate with restructuring taking place within society.

Big pharma is on its way out which will also impact the education system. People will be turning to holistic and natural solutions — a return to the old. Many in the media, Governments, and large corporations will be held accountable for their betrayals, lies, and corruption.

Life will dramatically change as airlines and businesses continue to crumble as a result of staff being fired, or quitting, from mandates. Those left may become ill with some making another kind of transition. Our world will be left with new opportunities to grasp. This will also lead to healthier ways with the help of technologies that have been suppressed.

Hang in there. Reach out when you need to. Seek local groups who’re on a similar wavelength to you and look for communities online.

And remember to stick together. If the differences are too much, that’s okay, as you will find your tribe and a group consciousness — even if it’s just a small number — which will support you in the times ahead.

Everything you want is on the other side of fear. 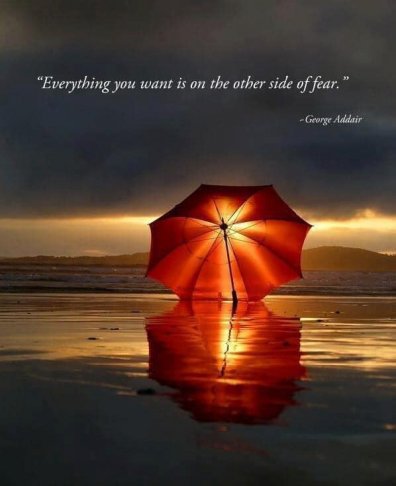 You, Brad, and I have shared very similar messages. (Mine is in the Lindometer Readings - Monday October 11.) Interesting that all three of us got the same sense of everything will be Ok from three different perspectives.
Everybody all around the world - Gotta tell you what I just heard
There's gonna be a party all over the world
I got a message on the radio - But where it came from, I don't really know
And I heard these voices calling all over the world
Electric Light Orchestra
Reactions: Margie, One65, Tania and 2 others 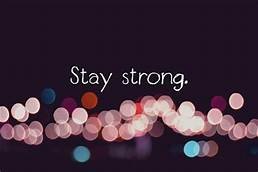 Vibrate in accord with the universal notes​
​
I see it's time to change my signature message. Out with the old and in with the new! ​
Reactions: Laron

Well said! I agree Laron, I do believe the plandemic is allowed by the Light because it is a catalyst that is required to wake people up. The Light has a very long history with humanity and they know what works and what doesn't. My own intuition has said the plandemic is a greatly needed catalyst, and if you will, an uncovering of dark forces. "Apocalyse" simply means "unveiling" or "revealing".

I try to be amicable to the vax zealots because they are giving their lives to wake up the rest of us. They chose that path, perhaps out of ignorance, but still, it was their choice.

The most surprising part is in 2018 I dreamt about the vaccines being forced on everyone, and that has come true. In 2019 I also dreamt that everything will be ok. Things will be changed, but there will be much more peace and harmony after the dust settles, and the darkness will be lifted. And my main (spiritual) job starts after this change.
"When you censor a person you do not prove him a liar, you prove you fear what he has to say."
Reactions: Laron and June
You must log in or register to reply here.
Share:
Facebook Reddit Pinterest Tumblr WhatsApp Email Link