Ethereum Vs. Bitcoin: What You Need To Know (1 Viewer) 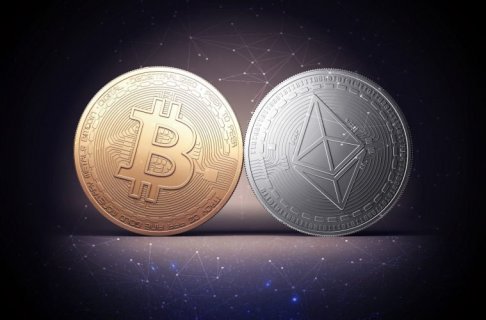 ​
Cryptocurrency: It’s become a trending word in recent years, specifically in relation to Bitcoin. Many people already know about Bitcoin and perhaps some have even invested in it or use it as currency, but what about other cryptocurrencies that are emerging on the scene? Do they have the same potential as Bitcoin? Can they exceed Bitcoin in value? One cryptocurrency in particular, Ethereum, is gaining in both popularity and value.


In June, Ethereum’s currency reached its highest value so far, at more than $420 USD. This is approximately one tenth of Bicoin’s value, according to Cryptocompare, but there are some unique qualities of Ethereum that have many investors excited.

What Exactly Is Ethereum?
Ethereum was launched in 2015 and its name refers to the technology that the cryptocurrency known as Ether runs on. Similar to Bitcoin, it allows payments to be made anonymously on the internet and displays these transactions in a decentralized ledger known as the blockchain, a digital ledger which records transactions made in various cryptocurrencies chronologically and publicly. This happens without the involvement of any third party or banks, and is completely independent of the federal reserve banking system. This allows users to avoid fees, especially when paying large sums.

“Ethereum is a decentralized platform for applications that run exactly as programmed without any chance of fraud, censorship or third party interference.”

Much like Bitcoin, Ether is known for its security and protection against fraud and theft created by the ledger, which anyone using the this network can view.

How Does Ether Differ From Bitcoin?
Bitcoin is a crypto-currency, but Ethereum is actually a platform, which means it has tremendous potential. Ethereum relates “blocks,” or records of transactions, more quickly than Bitcoin and some of its users believe that this efficiency makes it easier to use.

Ethereum has the capacity to run apps on its network. As Ethereum creator Vitalik Buterin explains, “The idea is that there exists this magic computer in the cloud and anyone can send programmes to it, anyone can run programmes on it and those programs can talk to each other.”

The platform will run these programs and eliminate the possibility of downtime, any malicious attempts to disrupt or attack them, fraud and any other form of interference. For example, a program that is set up to pay another user 10 Ether in five years will happen without any further input from the user.

Ethereum also allows for smart contracts –digital contracts that are written in code, these can be automatically verified and enforced. This further assists the creation of decentralized apps and decentralized companies, which involve no other parties outside of the Ethereum network.

Ether –the currency that operates on the Ethereum network is currently the second biggest crypto-currency behind Bitcoin and the combined value of all Ether in circulation is currently 28.1 billion compared to $57.2 billion of Bitcoin.

How Much Ether Is Left?
An analytics platform known as Etherscan, suggests that there are nearly 5.5 million Ethereum accounts holding more than 93 million Ether. When used as a currency, Ether is accepted as payment by many web hosting companies and independent online businesses and can even be used with crypotcurrency wallets and credit cards.

Ether users are hoping that this currency they have stored in their account of wallet will grow in value, in the same way Bitcoin has. However, some experts say that to invest in Ethereum is more about investing in the platform and the innovative programming it supports rather than the curyptocurrency itself.

Want To Know More?
Check out this video that explains Ethereum simply.


The implications of what cryptocurrencies can offer us are huge, they provide a direct way to opt out of the corrupt federal reserve banking system that is keeping so many people slaves to their debt, by creating money out of thin air and expecting it to be paid back with interest.