Has anyone ever read this book, Encounters with Star People: Untold Stories of American Indians, by Ardy Sixkiller Clarke?

Here's a description of it from Amazon:

"A noted American Indian researcher offers up a collection of intimate narratives of encounters between contemporary American Indians and the Star People. The first person accounts, described as conscious experiences and recalled without the aid of hypnosis, reveal a worldview that unquestionably accepts the reality of the Star People. The stories also reveal cultures that almost universally regard Star People as ancestors, which allows for interactions that take place without fear and helps explain the uniqueness of the encounters and experiences. The stories are told by people from all walks of life. Some had graduate degrees; others had never attended school. Some were adept at technology; others had never used a cell phone, owned a computer or a television set. A few of the stories are about events that occurred before the 1947 Roswell incident, however, the majority of the events took place between 1990 and 2010. This book significantly contributes to the knowledge about UFOs from a group that until now have mostly remained silent. For readers, it is likely they will never look at the UFO phenomenon in the same way again." 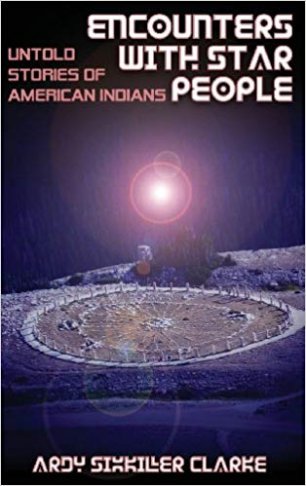 I haven't read it.
Have heard of some stories though I am happy to note that the majority of these events took place so recently: 1990-2010 and that they are from folks from all walks of life.
Very intriguing sounding.
Reactions: Alain and Laron

I remember the interview on Skeptiko blog/podcast a few years ago:

Let your Truth be Authority rather than Authority be your Truth. - Sinera Arenis
Do or Do Not. There is no Try . - Master Yoda
Reactions: Henda, Lila and Laron
You must log in or register to reply here.
Share:
Facebook Reddit Pinterest Tumblr WhatsApp Email Link