I had tickets for the big football game (note in 3D life, I never attend football games), and I was there with 2 other acquaintances. In the dream, I recall it was football, because as I was entering the stadium I could see through a concrete hallway out onto the field a reduced perspective of the players: just their legs. White skinned, masculine, muscular legs (didn’t see the feet or the hips). Note: All my life in 3D, when people have sung praises about any of the types of football, in order to feel like I’m in the swing of it, I have always replied: Oh Yes! When I watch it, it’s to see their legs! (Shows I’m obviously not interested in strategy of ball play, etc).

But the streaming, incoming crowds were being let in by gatekeepers. The one in my case was a blue-green, reptilian, troll female. When she spoke, she had a husky deep voice, definitely feminine though. She also had whitish or purple protuberances on her face, such as we are familiar with in some movies that portray aliens. She wasn’t the type of troll that swings a club, but her job there was to identify and bar access to the grounds for anyone that didn’t fit in to the general sport-enslaved collective mentality.

There was a first filtering that took place when my pre-prepared identification paperwork was questioned. I am quite particular about doing things by the book, but this alien took my paperwork, turned it to its side, and then said that this was not the acceptable presentation, so I couldn’t be allowed in. My two friends, who were football-mad, got in. That was a very definite rejection of my ability to “go to the game”, but I decided to re-do it and try again.

On my second try I thought about trying to blend in to the masses and slipping past the gatekeeper, but then I took hold of my courage and as I walked up to her, I said “Hello”. Then she told me in no uncertain terms, in a quiet, but authoritative voice, that it was no use, I would never be let in, and I was lectured for some minutes before I realised my access to the all-important game was over, for good. Her voice brooked no dissent, and she basically informed me that they were watching me, and I couldn’t win a trick – I would be stopped, no matter what.

I woke up sobbing from this dream (surprised to see it was 5:44 am and I actually existed in a bed, somewhere). Oh, it’s 15.44 as I type this. After analysing this dream in the post-wakeup phase, I realised it is about my true identity and how I am forever blocked from the matrix of domination and control, as being a rebel and a dissenter just isn’t allowed – too disruptive to the sleeping masses who do participate.

Of course I questioned why my being stopped in my tracks, or being rejected, always makes me cry as a first response. But looking at it sensibly, I’m glad I’m not an acceptable energy-slave for them. I do believe what some psychic commentators have said, namely that disclosure would first start off in our dreams (subconscious talking to our conscious minds, usually by pictures, graphically or through symbols). I realised that I may have actually met a real minion, in the sleep state, and had quite a graphic visual of her in her blue-green-purple body armoring which is part of her. She wasn’t wearing clothes that I recall, the skin covering was doing a perfectly good job.

I’m glad I didn’t try to beat the system’s defences (gatekeepers) as then I might have had to face a being much more powerful and soul-destroying.

Interestingly, David Topi’s recent article which discusses the Gray races does mention that sporting events and sporting fixtures tend to be a focus for the energy-collection (loosh – not his word).

I found it interesting that the gatekeeper was female. I’ve read somewhere that the Queens and also their security personnel of some alien reptilian species are the dominant gender. Just as poisonous, just as dangerous, just as hard-striking, even in the virtual world of dreamland. Didn’t see fangs, but the threats were veiled, hooded, insidious, cold, calm, collected. I don’t think compassion would be their by-word. Yep, I would say she is a dangerous adversary, for sure. 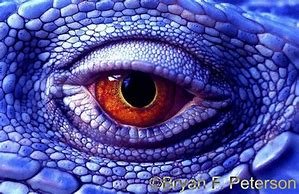 This eye is pretty close, maybe had a blue or purple sclera, not red. 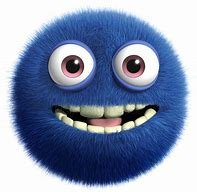 I wish it looked more like this, but it didn't! 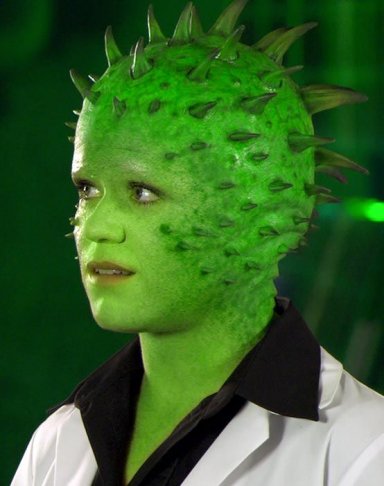 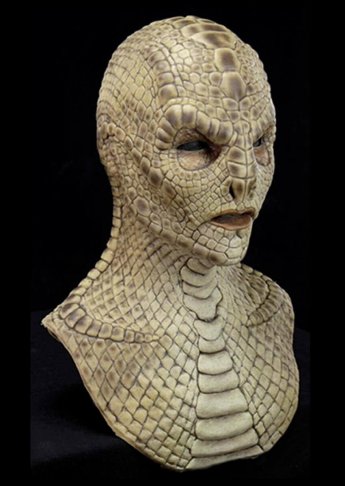 You get the picture, scaly, powerful, body features like a hood, but not exterior clothing. Blue-green.
Vibrate in accord with the universal notes​
​
I see it's time to change my signature message. Out with the old and in with the new! ​
Reactions: Lila, Laron and June

Hailstones Melt said:
I’m glad I’m not an acceptable energy-slave for them.
Click to expand...

That would be my line of thinking too.
Let your Truth be Authority rather than Authority be your Truth. - Sinera Arenis
Do or Do Not. There is no Try . - Master Yoda

Most doctors continue to practice with comfortable indifference. Some see the errors, damage, and limits of their practices but still walk lockstep with the herd and protect the brotherhood. I don’t know what it will take to get these doctors to resist the dictates who rule over them. I’ve had far more success reasoning with parents and intelligent people who are not attached to traditions that are damaging, unscientific, and not even supported by our own medical literature. - Dr. Suzanne Humphries
Reactions: June

As we move along this journey, it seems as though more and more things separate us from the masses. We don't eat, drink, watch, or participate in the same things. So, in this case, being turned down is a good thing.

Everybody all around the world - Gotta tell you what I just heard
There's gonna be a party all over the world
I got a message on the radio - But where it came from, I don't really know
And I heard these voices calling all over the world
Electric Light Orchestra
Reactions: Lila and June

The self-realisation of the hypnotic masses being energy-harvested (looshed) is already the first and big step. The gatekeepers noticing it and reacting is the second step then. HM's dream has both steps perfectly executed - well done, HM!

I also often have/had dreams where I try to 'wake up' some groups or masses of people. And it happens even if I am not lucid myself, just normal dreams it can be.

I once landed in a big multiplex cinema. People around me were memerizedly looking at the screen where an alien invasion war movie (Independence Day, War of Worlds kind) was taking place. Most seemed even scared as though it was really happening.

When I looked at the scenes displayed however I had to laugh because the alien UFO craft shooting their laser beams looked ridiculous and funny. Like little metallic boxes with eyes even who rather seemed harmless. It was cartoonish. I could not understand why they were scared and not rather laughing at this comedy.

Then one attendant of that cinema standing at the side aisle seemed to give me a sinister eye to warn me. I was not to disturb the others in their 'enjoyment' of that silly movie. Or not to 'wake' them up.

He appeared as a human and was very tall which also often symbolises somehow 'powerful' beings, controllers or gatekeepers in this case (in a positive case it can also be a friendly guide though). I think that was a gatekeeper.
Reactions: Lila and June

Hailstones Melt, I love how you took a dream which had you in tears and flipped the perspective; from sobbing about not being included to gratitude about being free of the way of thinking, being and acting portrayed in the dream.

These moments can be very freeing. In fact, it reminds me of sayings about how we are the only ones who can free ourselves