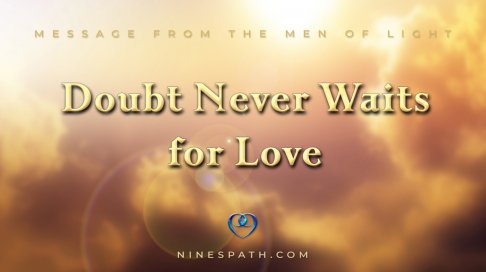 a message from the Men of Light

Get ready to lead your broken pieces home. The Men of Light are present to give you guidance and to move into the space of welcome with generous amounts of love.

Time soon ends. A new era begins. You will witness its birth. Stay firm in your faith for the truth will end the bite of savage despair. Great change will come to a soul-satisfying denouement. Love will lead you to your renaissance.

Men of Light call you from within the heart of the race of man. All bend to the sound of Love’s song, holy, strong, and pure. Let it instill memory’s trigger, to be awakened that you may come to remember yourselves as human beings of love’s design. 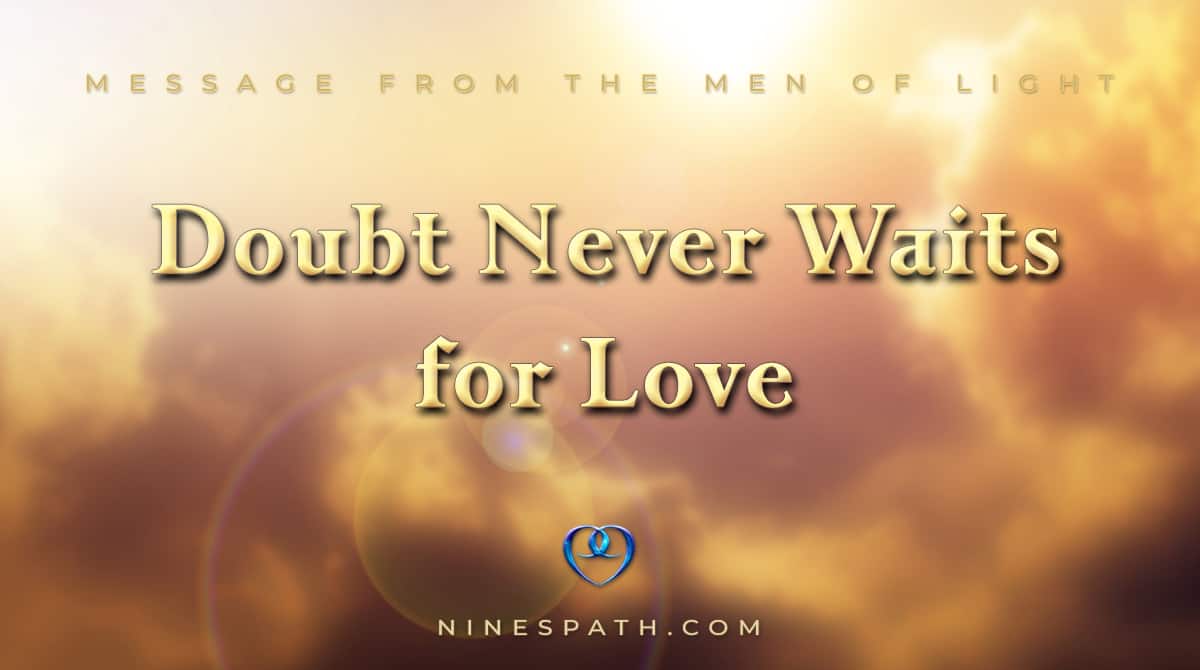 Doubt Never Waits for Love | Message from the Men of Light

Time soon ends. A new era begins. You will witness its birth. Stay firm in your faith for the truth will end the bite of savage despair. Men of Light call.

Love
In the moment in which you forgive yourself for being human, you become more fully human, and more divine.
https://ninespath.com

One of my morning dream fragments was of an antique clock falling toward the ground right in front of me. I had only an instant to react and let it go. It smashed upon the ground and lay there in pieces.
This felt good, 'right'.
I note that I've been increasingly making decisions the last while to either take my time or make time for myself by various means.

Another morning dream was of a beautiful, strong white stallion struggling, successfully to get free of a series of tight bonds. I heard 'monoceros' which is the Latin prefix for the narhwal, the whale with the beautiful, large unicorn-like horn which has a twist in a specific direction and is derived from a tooth. 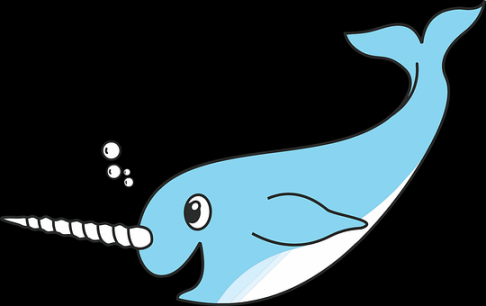 The last of this series of morning dreams was of finishing something in one room with another person as we heard a knocking on the door and a large crowd outside. I was expecting someone and I hoped that they'd let themselves in. They did. The male leader of the group, a friend whose smile shone from his black face then came in and explained that some of the kids needed to pee so they'd knocked, found the door open and nobody answering so they'd let the kids in to the bathroom where the ones who needed to were now, tromping in quickly to use the facilities with helmets still on.
The kids were being managed by the white woman whom I'd yet to meet who was letting all the kids know what needed doing so that we'd be ready and able to proceed (I don't know with what; just that we were getting together to do something). They'd all arrived by bike so bikes were being stowed, helmets doffed, a line of equipment was being organized and the kids were shaking out tired legs as we all got ready. We were almost ready to proceed, all was in good order and I feel like there may have been a ceremony coming up. There was some anticipation in the air now.

I realized that in many of these my attention was divided as if I was in more than one place at once. Hmmm.
Reactions: Hailstones Melt, Alain and Maryann
OP 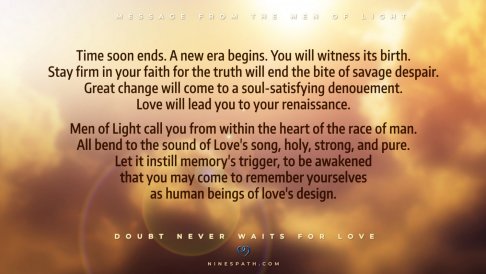