Article Don't Let Yourself Be Too Busy: Pleiadian Tarot (1 Viewer)

(Apparently, I've been a bit too busy, sorry this is late)

Summary: Yes, you’ve figured out something that’s been heavy in the recesses of your heart for a long time. Now, revelations come from the recesses of your awareness. Things are on the move. Before they really shift, get in touch with that part of you that fuels your inner power. Find the balance you sense is needed, retreat, and heal. Soon, you’ll be needing to shift your perspective completely. To do that, prepare to momentarily disengage. What will be will bring you into perfect position. 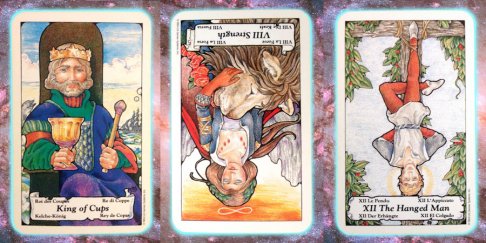 You’re probably feeling pretty sure about yourself right now. Calm, cool, and collected, while at the same time warm and welcoming of all that comes to your threshold. You’ve passed some tests recently, and that’s earned you the right to sit down and relax for a while. Not that activity ceases, but at least you don’t have to be actively engaged in fixing everything. Dramas play out as they may, but you have no need to get involved. You’ve played that game before. So enjoy what you have in front of you now. Allow yourself to feel whatever it is that arises from the back of your mind. With all the debris cleared and battles yielding to a cheery outlook, you might discern some rather playful revelations from behind the scenes. Travel, too, lingers on the horizon, if not for you then for a change in scenery around you to the extent that you might need to refamiliarize yourself with your own home turf. The ground is swiftly shifting. That doesn’t bother you, though. You’re secure in your present situation, at least as it regards self-knowing and power-wielding. Unperturbable, you have the luxury of watching other people learn a lesson for a change. Let love be the message your eyes convey.

Never have you had such a great opportunity to take stock of your energy levels. Not for a long time, anyway. Where you find yourself situated now is a spot that comes along once in a while. After all, it’s not every day that you can look at what you’ve just learned and know in your bones that you mastered something that’s been dogging your heels for what seems like a lifetime. That ought to feel pretty good. Chances are, however, that you’re not feeling like celebrating as much as you’re feeling like retreating for a respite. No one could blame you. If they do happen to throw any bones your way, you’re not biting. You’re done for a while, tending to your inner reserves, healing the ancient wound you’ve just taken the bandage from. Succor begs your attention, so give yourself a little care. You won’t be much good to anyone if you don’t take care of yourself first. Further depletion pushes you to the edge, and no one wants to be at the receiving end of a lashing borne of raw fatigue. Rest and rebalance. You need this time more than you may have realized.

MOST OMWARD DIRECTION: The Hanged Man

Something monumentally, completely, emphatically new is about to burst on the scene. You won’t be able to engage with it from the same-old same-old that’s been the standard for so long. You can’t rely on your habitual perspective this time. You’re going to have to make a dramatic shift. While that may seem upsetting to some degree, you’ll get used to it soon enough. Sometimes the kaleidoscope turns to bring a new picture into view. This time, it’s you that has to turn. Until you get settled in a new framework of operation from top to bottom (or bottom to top), things as they are will suspend enough to accommodate. If you feel like everything you’ve been pushing to completion has come to an unwelcome standstill, don’t fret. Don’t fight. Just give up? Rather, give in. Surrender to the forces at work is the best strategy to end up on your feet, even if that’s in a strange dimension. As you acclimate to a novel point of view, your whole gestalt will tumble into sense-making. Until you sense the tables turning, keep doing what you’re doing, because it’s brilliant.

“Very bold projections are yet to unfold out of love, as you will soon see. As the time quickens toward the Days of Transformation and New Old Earth, Five will be pulling clothes from Nature’s wardrobe the likes of which you cannot imagine without some explanation from a higher perspective. Allow us to describe love’s photonic splendor.” 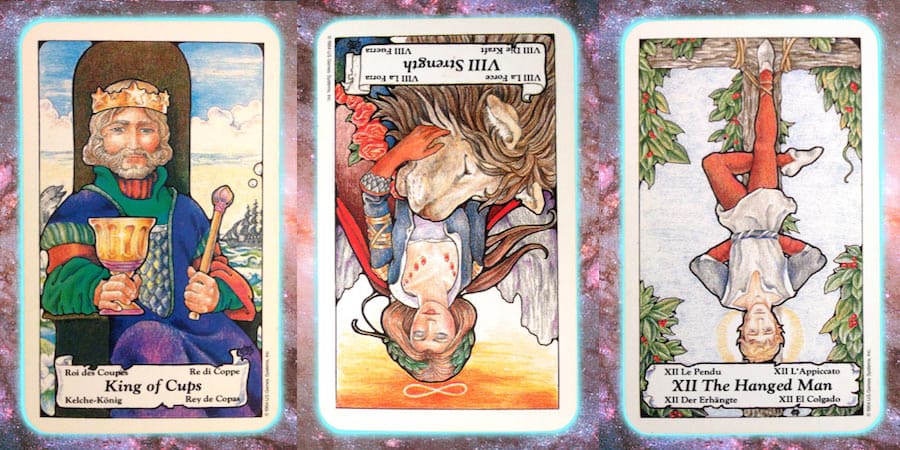 Don't Let Yourself Be Too Busy | Pleiadian Tarot Weekly Message

Things are on the move. Before they really shift, get in touch with what fuels your inner power. You can't rely on habitual perspective this time.

Love
In the moment in which you forgive yourself for being human, you become more fully human, and more divine.
https://ninespath.com
OP 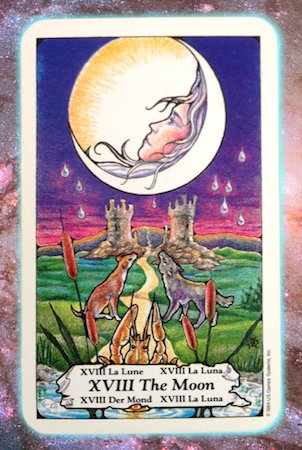 BY THE LIGHT OF HIGHER MIND (Midweek update)

Wring out the anxiety… Sure, you have reasons to worry. You’ve held on to your peace of mind for a while now, in spite of that. Does this not make you wonder if, perhaps, your worries are all in your mind? Well, even if they are real and based on very tangible real-world situations, all that could change. In fact, you can count on that to happen. The old world is slipping away, dropping the reality that goes along with it as if it’s slithering out of a sheath. Perhaps your anxiety could be better utilized as a tool for helping that transition along, on a personal level. You don’t have control over things on the outside as much as you do on things on the inside. What if you released the outer sheath of appearances and recognized truth? What remains will make the effort worthwhile. After all, it is inevitable, at this point.

Whatever’s rising now in the inner sanctum of your awareness is giving you all the instructions you need to get through this current phase shift. In your fullness of being, you are magnifying the light of the mind. It’s all too easy to slip into complacency, but that can be a slippery slope of devolution. You don’t want to go backwards. You might not trust that you’re equipped to move forward, upward, and outward, but at this point, you are absolutely, positively sure that you don’t want to return to what you just managed to free yourself from. That’s it. That’s all you have to maintain in your mind right now. Let everything else fall with the ease that rain falls from the sky. Sometimes the release of accumulated particles of awareness comes with the ripping apart of the fabric of consciousness itself. Let it rip. Don’t fear the lightning. It will guide you in the depths of strange, new territory before the dawn settles.

Ground-level confusion abounds, but this is merely the way appearances have dropped into the scenery. The pattern might escape your ken, but it is speaking nonetheless. In this moment, while vectors are directing your attention to various angles of understanding, rise above that and get a different perspective. Your inner vision is sharper and clearer, and better able to make sense of the patternless appearance of things. Rather than dwell on the reflected light of your mind, consider turning your awareness dimensionally attuned to the source of higher, finer frequencies of light. When at last you turn your face to the light behind the sun, you will feel set free from your mental prison.
Reactions: One65