Article Doctors & Scientists Speak out about the COVID-19 Hoax: The moment for change is now (1 Viewer)

In this video the doctors, scientists and peace activists speak out, explaining that the coronavirus is not as dangerous as it's been made out to be, and as a result, the worldwide restrictions and lockdowns in place have caused far more harm than good.

I've known this since much earlier in the year and I'm in full support of what they are saying.

​
For those wanting more information, we have four threads covering COVID-19 which you can find below:

About Laron
Laron G. S. is an energy healer, past life therapist (QHHT), out of body explorer and teacher, Shaman and consciousness guide from New Zealand. With a background in supporting people in IT, including technical writing, Laron is also an author, poet and editor. With a passion for seeing people grow, he’s currently putting together a series of self-paced online courses on www.consciousness.life focused around spiritual development and astral projection.
Last edited: Nov 6, 2020
Social Media: Facebook | Telegram | YouTube | Rumble
Lighthouse at the Oasis: Facebook | Telegram
My Services: laron.nz
Reactions: Tania, Manuel and Alain

I'm reading the the mortality rate from covid is 0.6% which is higher than the flu (btn 0.9% - 1.7% in the US: https://www.cdc.gov/flu/about/burden/past-seasons.html) though at the very lowest end of the initial estimates and far less scary than the figures used to make the initial lockdown, etc decisions.

This, along with 'make + restriction fatigue' is likely to result in some major reevaluation and perhaps we can truly look forward to a more balanced + nuanced approach. Personally, I vote for one that is kinder too.

As an example of balance perhaps we will see more consideration of the effects that aren't measured into the bare numbers of mortality rates' and other figures being used as decision points. These would include a myriad of mental health effects and quality of life issues. Even amongst the elderly, our (by far!) most at risk group the toll has been high, not only in terms of emotional health but also mental + physical.

I read a well written plea from a neurologist that exemplified this. He reminded us that social isolation also has a very high cost amongst our elderly and gave an example of a man he thought illustrated what he was seeing in so many others. The example was of an elderly man who was a great conversationalist, sudoku puzzler and who enjoyed solving 1000 piece puzzles too. During the time of social isolation he very rapidly, within a couple of months, lost all these faculties. Others are finding their physical symptoms are worsening, eg many Parkinson's patients who are very rapidly losing ground; also far more rapidly than expected. His plea was for taking into account these factors rather than using blanket policies which may not fit everyone's situation. In the case of the puzzle-loving man, for example, he may have thought to himself that he'd had a good long life and would rather take a few risks so as to have the chance at a perhaps briefer but fuller life. Certainly I hear this viewpoint from many elders around me who I observe to be losing emotional, physical and mental ground far more rapidly than expected.

Also, the virus is evolving, as viruses do, with various mutations coming out and the evolutionary pressure is in favor of mutations which allow a host to survive so that the virus can too.
Last edited: Nov 7, 2020
OP

The mortality rate is a lot lower than that, it's less than 0.04%. (It's really not wise to trust information from CDC.) It's very important to factor in all the people that have had it, yet never been tested, which is a huge number, yet they all survived as there are not always symptoms. When there are symptoms they can seem like flu or the common cold.

Some people will have a cough, children may just have an upset stomach — there's just so many situations here where people would not bother getting tested. Many people don't like doctors, and/or prefer to use natural healing methods, especially those who understand this is a true hoax in terms of the morality rate.

Then there are the inflated numbers, including hospitals marking deaths as covid to make money, when they were not covid related. There's just so many reasons why the mortality rate is not accurate and quite a lot lower.

And on top of that, the media is being controlled, there's fake news going about, so much is orchestrated. David Topi has told us there's people in certain positions in Governments around the world that are part of this, controlling the narrative to make it look worse than what it is and to be part of the decision making so that people are forced to wear masks (the energy harvesting and more fear/control), and all the other restrictions that are basically numbing down the populace so they open themselves up to vaccines, which is really the end goal and entire point of the virus being released on purpose (and this is all part of agenda 21). The vaccines are going to kill so many more people in the long term as they permanently lower the immune system, and further suppress people from waking up, and block those who are awake with their spiritual development.

CE recently posted this one.

Update: Nearly 45,000 Doctors & Scientists Sign Declaration Opposing COVID Lockdowns
"The Facts:More than 44,000 scientists and doctors as well as more than 446,000 people have signed the Great Barrington Declaration, opposing a second COVID-19 lockdown because, according to them, it's doing much more harm than good.
Reflect On:Why are opinions and narratives that oppose the WHO being censored, ridiculed, and largely ignored? Why aren't they discussed openly and transparently?"
https://www.collective-evolution.com/2020/11/01/update-nearly-45000-doctors-scientists-sign-declaration-opposing-covid-lockdowns/
Last edited: Nov 7, 2020

Laron said:
The mortality rate is a lot lower than that, it's less than 0.04%
Click to expand...

I don't doubt it. I guess my point is that this is now the official story which is very different from the initial figures being stated.
Such a change really catches my eye.
And, yes, all the factors you mention must be part of the picture, so, as usual, we are left to use our own judgement to decide what's really happening.
OP

Sorry everyone, looks like YouTube is censoring anything that goes against the COVID narrative. The video I posted now shows this message: 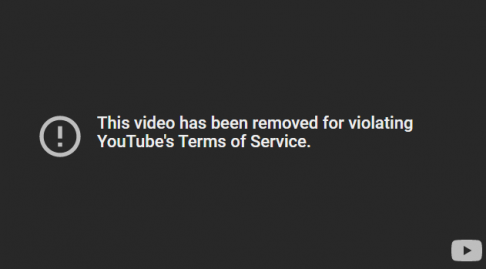