Your son and I seem to be in synch, Angela

It's eclipse time! Let's see if we can tune into some healing from 'up there'. I believe I've been doing this without considering it consciously. For example, as I write this I am wearing earrings that contain 3 types of meteorite. I'm finding the sky more fascinating than usual and this is...

I came across this today. It felt 'random' enough to make me pay attention. It makes me wonder what follows... https://boston.cbslocal.com/2021/06/12/cape-cod-air-force-station-now-renamed-as-space-force-station/?fbclid=IwAR2rrk7yh4NhkfPhZ8a5ptZxatWnJphgiDxkBEJCTXWskKtKbNiM70u2Q4E From the...

www.transients.info
Linda has also written about some expected news (soon) on how we officially view spacefarers... or it could all be coincidence?

I'm pretty sure that's the Millenium Falcon at the bottom? (with some slight changes). Can you ask him if he'd like to do the Enterprise next? ... along with my utmost compliments for his style, color, sense of scale + detail and general artistic ability.

Lila said:
I'm pretty sure that's the Millenium Falcon at the bottom? (with some slight changes). Can you ask him if he'd like to do the Enterprise next? ... along with my utmost compliments for his style, color, sense of scale + detail and general artistic ability.
Click to expand...

Hehe. That one was my interpretation of the same kind of make /style of the millennium Falcon and the Ghost ship from star wars Rebels. (a cartoon series I just went through with my husband. It was good!) My husband said they are made on the same planet or something. (he's a star wars buff.)
I've drawn the Enterprise for my son and he has done drawings modeled after that as well. Haha
Reactions: Lila

Angela, excellent co-drawer-ship, lots of creative fun having your own child explore your own interests. I can see you both have an eye for detail. I love the astronaut sitting at the controls, in the window!
Vibrate in accord with the universal notes​
​
I see it's time to change my signature message. Out with the old and in with the new! ​

Angela I love the idea of a co-story in pictures - starting from a common place and streaming outward.
Everybody all around the world - Gotta tell you what I just heard
There's gonna be a party all over the world
I got a message on the radio - But where it came from, I don't really know
And I heard these voices calling all over the world
Electric Light Orchestra
Reactions: Lila

A close friend of mines son is into drawing and wanted to draw a snake with me (over the internet as they are in a different town.) i wanted to share it because I'm kind of proud of how it turned out.

Here is the snake image he chose. 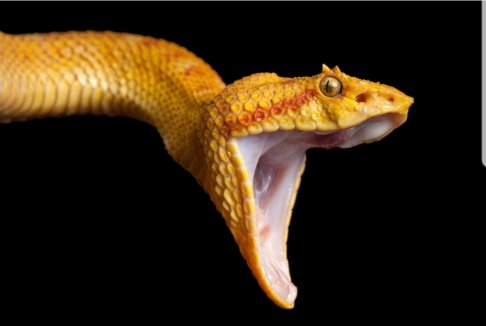 And here is my drawing. 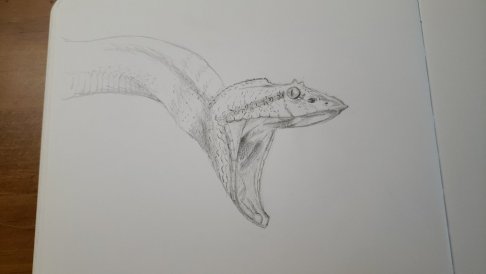 I kind of wanted to put a top hat on him.

Hello my baby, hello my honey...
Reactions: Rebekah, Bert, Lila and 1 other person

Angela said:
I kind of wanted to put a top hat on him.

Hello my baby, hello my honey...
Click to expand...

You got that flowing thing in the pic as well as that scary open-mouth look. Awesome!

Lila said:
You got that flowing thing in the pic as well as that scary open-mouth look. Awesome!
Click to expand...

Having just moved to Texas, i joined a Facebook group to educate myself about snakes. They were all intriguing, but primarily Nope Ropes. I always want to learn about the thing that scares me, so this group has been paramount for me. I've learned to identify several, specifically noticing which are venomous. I really want to hold a snake. (i wanted to before but it's just increased my desire to not be paralyzed when I see when).

My son and I got a book from the library that goes through various snake facts and it got me wanting to try some sketches. I was a initially jarred by the picture my friend's son chose, but as I drew it i came to not be afraid because it was essentially shapes and shading.

Plus, i really can't get over how he looks like he just shared a joke and is waiting for people to laugh. Haha
Reactions: Lila

Angela said:
Having just moved to Texas, i joined a Facebook group to educate myself about snakes.
Click to expand...

I'm in one, too. Those people really know their stuff, and I've learned a lot from them. Yep, we do have quite a few snakes around.
Reactions: Angela

Angela said:
Plus, i really can't get over how he looks like he just shared a joke and is waiting for people to laugh. Haha
Click to expand...

That's excellent. Now I can't NOT see that!
Reactions: Lila and Angela

Great drawing. Intellectually, I know what you mean about looking like he shared a joke. But in my case, I can't forget that their double-hinged jaw drops down so far to make swallowing easier.

Spooked me a lot! Spooked me so much when I scrolled down and saw that. Especially as I have a thing about sand vipers - is that one of them?
Reactions: Lila

I'm sorry it freaked so many out! I'm sorry!

I can't seem to access the article again to tell you if it is a sand viper, sorry.
Reactions: Hailstones Melt

...and I was laughing (at the same time as I noted a piece of myself shrink back from the perfect snake-iness of that unhinging jaw). We can all have such different reactions.
Definitely the one that sticks with me is the twinkle in his eye/head tilt that makes one feel like he is sharing a joke.
Reactions: Hailstones Melt and Angela 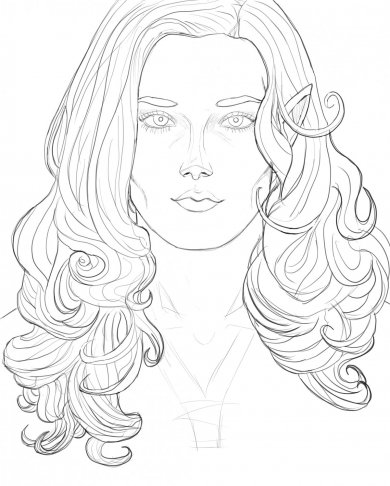 Been interested in elves, the fae, a lottt lately. So, I did a portrait sketch of an elf. Pretty accurate to how they looked in my visualization too! I am very happy with it

I will attempt a painted version some time later
Reactions: Angela, Hailstones Melt and Lila

Oh, I bet they love you! What a gorgeous image.
Reactions: Abby and Lila 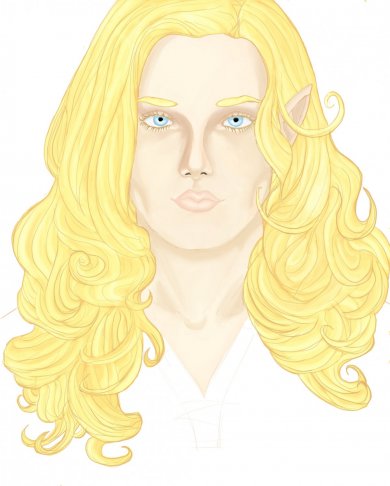 Here is the progress on the painting. I lost a lot of the original features messing around with the tools as this one was done digitally, but I made a lot of progress learning how to blend paint. I think I found figuring out how painting the lighting under the skin of the eyes and then the cheeks particularly fun-- and of course coloring the hair was satisfying. I might do a version on paper and see if I can apply what I learned.

Abby said:
painting the lighting under the skin
Click to expand...

what an interesting idea - the light within
Reactions: Abby

Brooke, I adore your "inner child" art. At least, that's what I saw. What a great thread!
"Let life happen to you. Believe me; life is in the right, always." ~Rainier Maria Rilke

I started playing with watercolors recently. So much fun! I never felt "good" at them before... until I stopped caring.

Reactions: June, Angela, Lila and 3 others

Feels happy and peaceful and fun!
Nice to see you, too.
Reactions: Kiera and Hailstones Melt

Here is something colourful, from tonight: 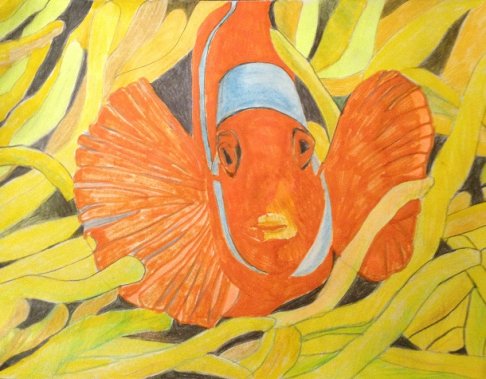 Reactions: Lila, Kiera, Abby and 2 others

Hailstones Melt said:
Here is something colourful, from tonight:

That made me smile as soon as I saw it. Thank you for sharing.

My morning watercolor practice yesterday turned a few random strokes into some phoenix/dove hybrid. Thought it was really cool how it dried looking totally different.

first thing I saw beautiful colors. I like the way watercolors expand beyond the boundary of the brush stroke - a metaphor of life.
Reactions: Hailstones Melt and Kiera

Linda said:
first thing I saw beautiful colors. I like the way watercolors expand beyond the boundary of the brush stroke - a metaphor of life.
Click to expand...

Hailstones Melt said:
Here is something colourful, from tonight:

Brings me right back with those colors!

This looks inspired, like your hand may have drawn it all on its own.
Reactions: Kiera

Lila said:
This looks inspired, like your hand may have drawn it all on its own.
Click to expand...