Laron said:
ARMY DOCTOR REVEALS MORE SOLDIERS HAVE DIED FROM THE VACCINE THAN DIED FROM COVID
Click to expand...

One of Clif's markers - people of note within military speaking out
the clip is cut off just before the interesting part - who does she think we are at war with!!
Everybody all around the world - Gotta tell you what I just heard
There's gonna be a party all over the world
I got a message on the radio - But where it came from, I don't really know
And I heard these voices calling all over the world
Electric Light Orchestra

Linda said:
One of Clif's markers - people of note within military speaking out
the clip is cut off just before the interesting part - who does she think we are at war with!!
Click to expand...

Laron said:
ARMY DOCTOR REVEALS MORE SOLDIERS HAVE DIED FROM THE VACCINE THAN DIED FROM COVID
Click to expand...

Did some more research and found out this is Dr. Lee Merrit. I've seen her speak with Dr. Tenpenny and others but did not realize this was her. She has a distinguished career and has been private practice since 1995. Having listened to her on other programs, I believe she has very important information. However, the headline of the clip says "Army Doctor", which is quite misleading, as she was in the Navy and that was some time ago. We have to be vigilant about information because whoever placed the false title on the clip is either a dumbass jerk or someone with nefarious intentions. I'm glad you posted it because it is good info, and it gave me a reason to track down the larger story. Have not found that particular speech yet, and now I'm even more interested in what was cut off.


Dr. Lee Merritt began her medical career at the age of four, carrying her father’s “black bag” on housecalls, along the back roads of Iowa. In 1980 she graduated from the University of Rochester School of Medicine and Dentistry in New York, where she was elected to life membership in the Alpha Omega Alpha Honor Medical Society. Dr. Merritt completed an Orthopaedic Surgery Residency in the United States Navy and served 9 years as a Navy physician and surgeon before returning to Rochester, where she was the only woman to be appointed as the Louis A. Goldstein Fellow of Spinal Surgery.​
​
Dr. Merritt has been in the private practice of Orthopaedic and Spinal Surgery since 1995, has served on the Board of the Arizona Medical Association, and is past president of the Association of American Physicians and Surgeons. She has had a long interest in wellness and fitness, and has been Fellowship Certified by the American Academy of Anti-Aging Medicine. ​
​
At age 63 she won a female bodybuilding championship in Physique class—with a lot of help from her friends and patience of her family. As a lifelong advocate of free market, patient-centered medicine Dr. Merritt had the opportunity to appear on the John Stossel show to speak against Obamacare. More recently she has appeared on numerous radio programs discussing Covid-19, the futility of mask mandates, and other lies and omissions from the medical “technocrats”. ​
​
Her recent speech at Doctors for Disaster Preparedness on “Sars-CoV2 and the Rise of Medical Technocracy” has been widely viewed on YouTube, and forwarded on by Dr. Mercola—one of her medical heroes. She is married and the proud mother of two sons, one of whom carries on the four generation medical tradition as a General Surgeon, and the other with a real job as an Electrical Engineer. In her spare time, Dr. Merritt raises chickens, gardens and enjoys a rural Midwest lifestyle.​
The Medical Rebel
​
​
Reactions: Laron 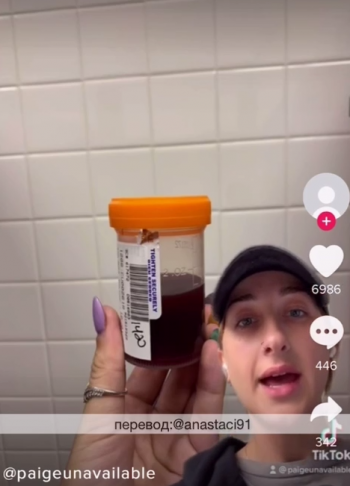 A report from New Zealand today:

More than 100 Ontario youth sent to hospital for vaccine-related heart problems: Report There were 54 persons aged 25-39 included in the tally and 44 persons aged 40 and over
https://torontosun.com/news/provincial/over-100-ontario-youth-have-been-sent-to-hospital-for-vaccine-related-heart-problems

Sent to me by a friend of mine on Facebook today:

I'm making sure everyone sees this so posting it on a few threads:

can it be the video is partly broken? it makes like to lead but nothing more

Alain said:
can it be the video is partly broken? it makes like to lead but nothing more
Click to expand... 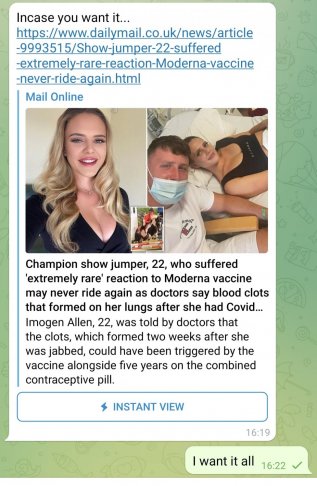 The man is sick, not criminal. He is a victim, as are we all, in varying degrees. What will happen when people piloting airplanes do this?
Vibrate in accord with the universal notes​
​
I see it's time to change my signature message. Out with the old and in with the new! ​
Reactions: Laron 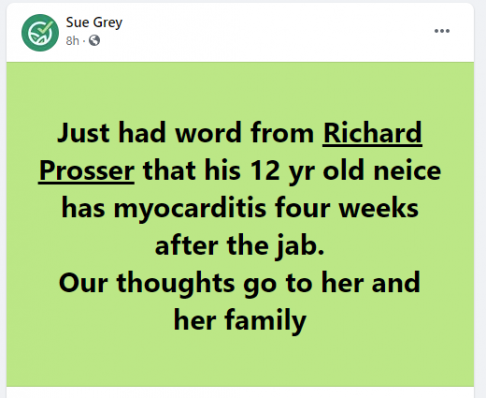 Shared in in my new LaO group from a friend: 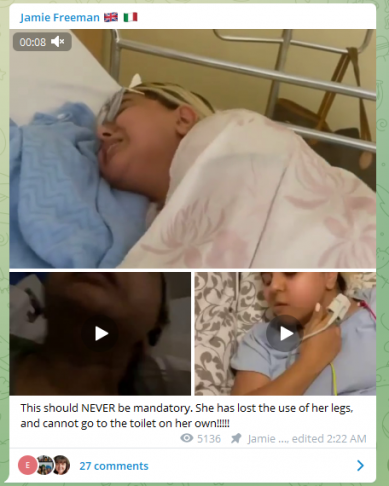 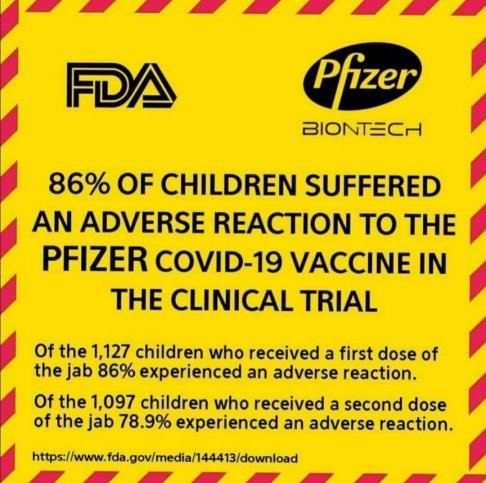 It's been banned on YouTube. Here's their Bitchute channel: https://www.bitchute.com/channel/mGyHAnGhlnPX/

Found the video! Ok I had to format the link as code below.
Code:
And a search on Bitchute: https://www.bitchute.com/search/?query=vaccine blood clots&kind=video