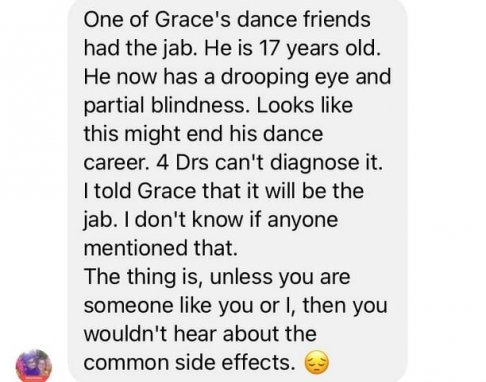 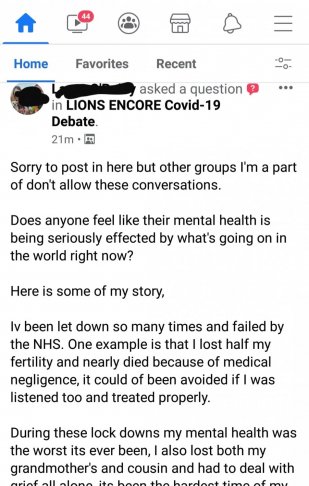 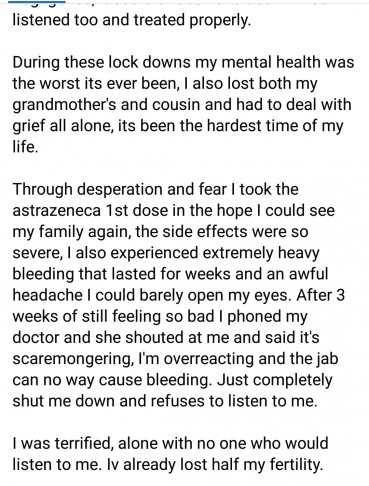 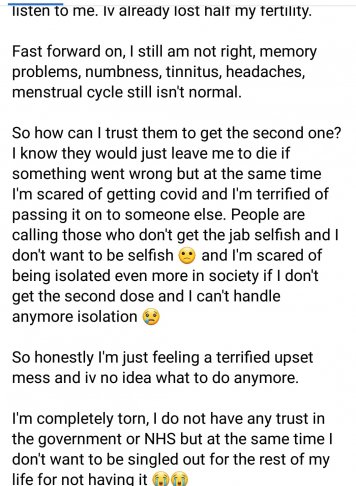 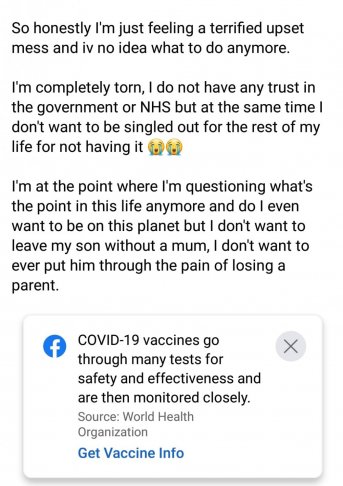 Calls for an Ambulance due to Cardiac Arrest and Unconsciousness have skyrocketed since young adults started getting the Covid-19 Vaccine
"Data published by Public Health England shows that calls to the ambulance service due to people suffering cardiac arrest or being unconscious have increased week on week by huge numbers compared to expected levels ever since young adults started to get the Covid-19 vaccine."
https://dailyexpose.co.uk/2021/07/31/calls-ambulance-cardiac-arrest-unconsciousness-skyrocket

Here's a COVID Vaccine injury group on Telegram which has 20k+ subscribers for those wanting more evidence and information of what's going on:

To contact me or submit a story send a message to: @angelaisawake Gab @AngelaNashville 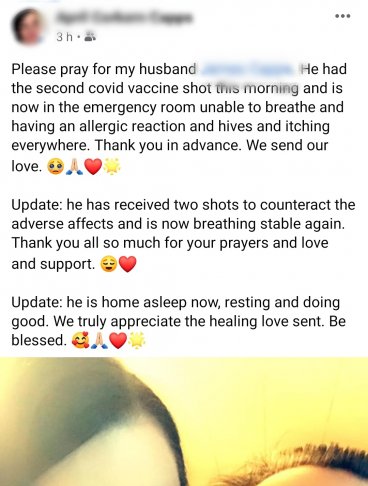 Doctors Share THEIR OWN Vaccine Injury Horror Stories
"Medscape has launched a new portal where doctors can share their own personal stories about vaccine adverse events. And already there are well over 1,000 entries, many of which contain horror stories about how chemical injections are destroying people’s lives."
https://humansarefree.com/2021/08/doctors-vaccine-injury-stories.html

One of New Zealand's great cricket players, and former captain of the New Zealand international cricket team, Chris Cairns, just had a heart attack. It's not known at this stage if he has had the COVID vaccine(s) but the heart is one of the areas that is heavily affected because of the blood clots that form in the body as a result of the vaccines.

Multiple doctors are reporting that around 68% of their patients who take the COVID vaccines develop blood clots within a week.

​
Cricket: Chris Cairns' wife Melanie provides update on New Zealand cricket great's condition after heart attack​
"Chris Cairns' wife Melanie has spoken out over her husband's condition as the New Zealand cricket great recuperates in an Australian hospital following heart surgery.​
​
It's understood Cairns, 51, collapsed, having suffered a massive heart attack last week in Canberra - resulting in an aortic dissection, a tear in the inner layer of the body's main artery.​
​
Melanie Cairns confirmed on Wednesday that her husband has been transferred to a Sydney hospital to undergo further surgery.​
​
"As has now been widely reported in the media, Chris suffered a major medical event in Canberra late last week. He initially underwent surgery in Canberra, but the seriousness of his condition is such that he has now been transferred to St Vincent's hospital in Sydney, where he has undergone further cardiovascular surgery," Melanie Cairns said in a statement."​
https://www.nzherald.co.nz/sport/cricket-chris-cairns-wife-melanie-provides-update-on-new-zealand-cricket-greats-condition-after-heart-attack/H2TK677OIVLJJDBOVTEPV3UWIY/​

This ladies mother goes into a seizure in their car after getting the vaccine. A bit disturbing. 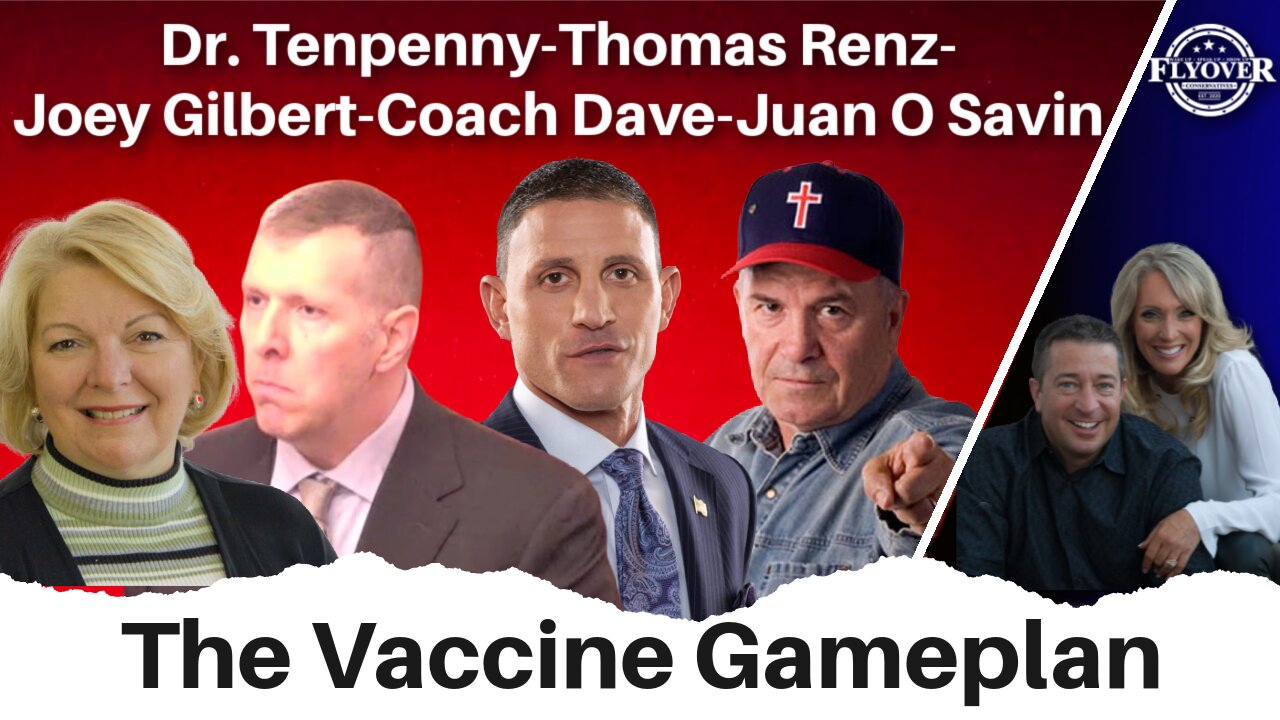 Welcome to the Flyover Conservatives podcast with David and Stacy Whited. Breaking down current events and examining culture through the lens of conservative Christian values. Feel led to donate and s

was send to me and seems to go in this tread, so far it goes on the effects of atlethes and more is long 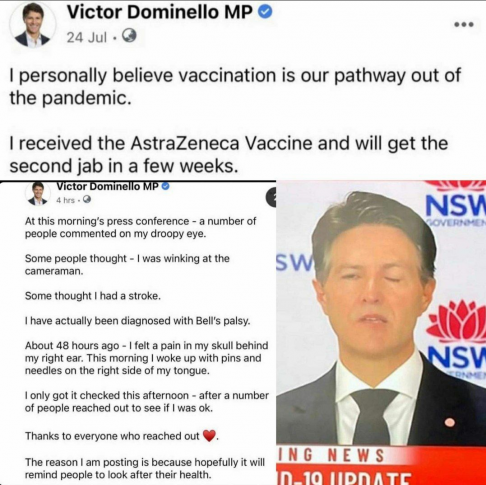 Israeli researchers: 'Rare autoimmune disease' linked to Pfizer Covid-19 vaccine
"The accumulation of cases did not fit. It was not what we would expect to see in a normal year."
https://www.israelnationalnews.com/News/News.aspx/308664

COVID Vaccine Caused a Woman’s Skin to Rot According to Doctors
"A recent case study of a woman from New York shows that at least one recipient of the Pfizer covid vaccine experienced Toxic Epidermal Necrolysis, which doctors have attributed to the vaccine.

Toxic epidermal necrolysis is a life-threatening skin disorder characterized by a blistering and peeling of the skin.

Toxic epidermal necrolysis usually presents as a fever initially, and other flu-like symptoms one to three weeks later, which is also followed by painful skin lesions that tend to coalescence. Erosions and vesiculobullous lesions and epidermal detachment over wide body surface area begin to develop after this"
https://www.dailyveracity.com/2021/08/19/covid-vaccine-causes-womans-skin-to-rot-according-to-doctors/

HOW THE CV V CAN CAUSE EYE PROBLEMS
In Adverse Reaction Databases around the world there are tens of thousands of reports of EYE PROBLEMS following the CV V
These include:
dryness
blurred vision
conjunctivitis
BLINDNESS ( some permanent)
and now UVEITIS (an inflammatory process in the eye that destroys eye tissue)
The Pfizer coronavirus V may be linked to a form of eye inflammation called uveitis, according to a multicenter Israeli study led by Prof. Zohar Habot-Wilner from Tel Aviv’s Sourasky Medical Center.
https://www.jpost.com/.../pfizer-covid-19-vaccine-linked...

Seven News reporter Denham Hitchcock is rushed to hospital with extremely rare inflammation of the heart after getting the Pfizer Covid shot - but still urges Australians to get vaccinated so borders can reopen
https://www.dailymail.co.uk/news/article-9927973/Seven-News-reporter-Denham-Hitchcock-rushed-hospital-Pfizer-Covid-heart-effect.html

People are so brainwashed. They keep on telling others to get the deathjab even after they end up dying from it.