Contradictions Do Not Exist (1 Viewer)

Reading another article, I came across this quote from Ayn Rand (Atlas Shrugged).


“Contradictions do not exist. Whenever you think that you are facing a contradiction, check your premises. You will find that one of them is wrong.”​
I got to thinking - the times I've felt contradictions, I also felt as though I was going nutzo. When someone comes to this situation, they can either stop, think, do a little research, or put their head in the sand and hope it goes away, or cling to their belief and shout it from the rooftop to drown out the other idea. Some call it cognitive dissonance. When someone grows up within a home and educational system that encourages thought and reasoning, they are able to see the opposing ideas, consider the pros and cons, and perhaps come to another conclusion.

In my head I've got a library of ideas, knowledge, and experience that is divided into 4 main categories, which can shift as needed - strong yes, strong no, possibly yes but needs more info and possibly no but might be interesting to consider. I'm very happy with my system, but I know others are not.

I really began to see it as the plandemic escalated - whoa, I was stunned at people I knew that went all in with no ifs, ands, or buts. Nothing in the world is so clearly defined - especially something new. I'm not sure how it came about but guess it had to do with programming.

This idea of programming also is tied into our governing systems. Again, people I know lined up hardened camps. There was no discussion. It was so fast and swift that I was caught by surprise. Valued friendships shifted to another level where nothing resembling political ideas were discussed. It was not so long ago that neighbors could put up different election signs in their front yards and still be friends.

So, here we are in a place of uncertainty - we know little is as it seems, we sense some kind of undercurrent, we know people are working behind the scenes - in addition to the hidden hands who've been managing this planet for their own gain. Yet, there is another element at play - something on the energetic level. Are they involved together? The reason I ask is that as I was sharing ideas with a friend, I wrote that I feel as though I'm on a surfboard - way out from shore and waiting for the right wave to ride in. A few moments later, I had a vision of myself, along with many, many others - all on surfboards and all looking closely for that right wave. A powerful wave is approaching and powerful people are ready to ride it.

Personally, I believe that there is some kind of organized influence that becomes more obvious (maybe in one big move) and knocks us off this path to disaster. However, I do not believe that we will go back to the path we were on before. I sense that after a bit, we will make a leap into a different way of living together.

Anyhow - these are my musings - it is cold, rainy, and the kind of day you stay indoors - the perfect time to catch up with the woo-world videos, maybe a little Ted Lasso, and ponder our place in the universe.
Everybody all around the world - Gotta tell you what I just heard
There's gonna be a party all over the world
I got a message on the radio - But where it came from, I don't really know
And I heard these voices calling all over the world
Electric Light Orchestra
Reactions: Pucksterguy, Lila, Rebekah and 1 other person 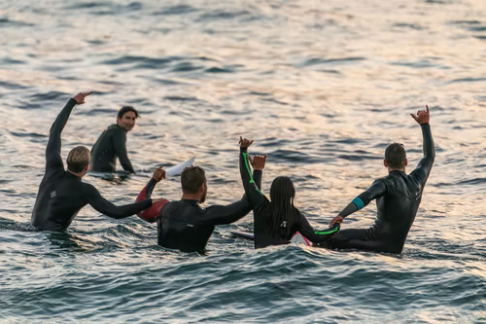 Definitely something like a wave coming if you ask me. That image really captures it for me

You've got this!
Enjoy the ride 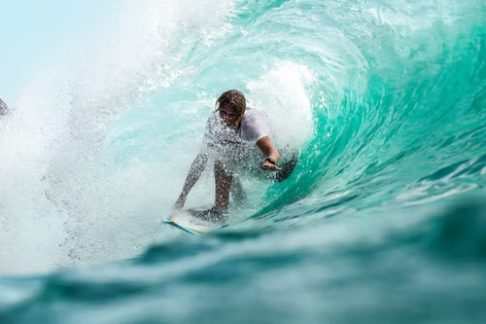 This might be as good a place as any to post this article. It has to do with the psychology of crowds and is pretty interesting (albeit loooonngg)
It actually made me feel a little better in understanding how people could be so duped (including myself!) 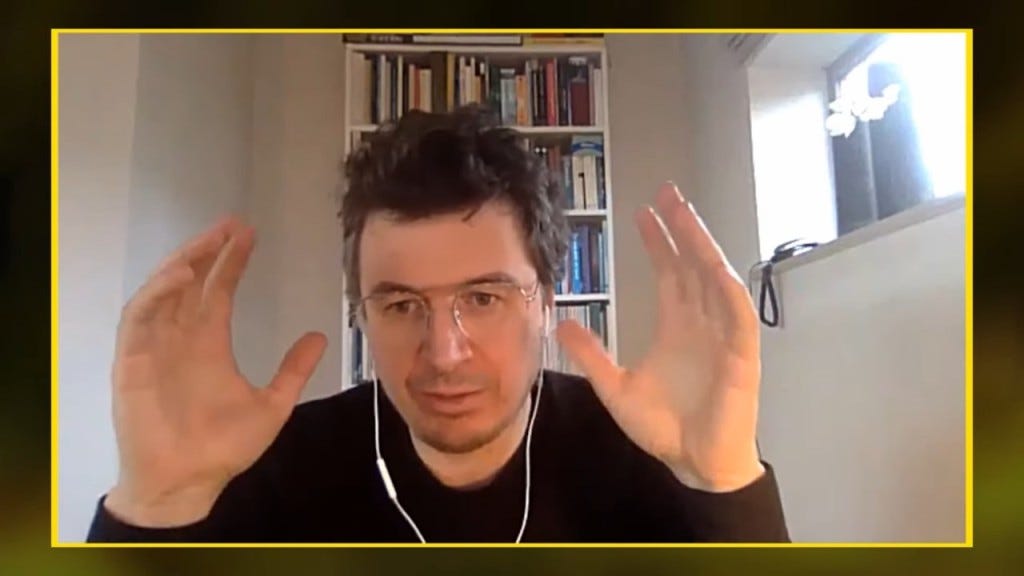 Covid Totalitarianism: The Deification of Error

Belgian psychologist Dr. Mattias Desmet may be the most articulate voice on the most clear and present danger facing us: the mob-baiting now being pursued by formerly democratic governments.

Certainly we will make a leap - I had that dream 4-5 years ago, and in it, I was actually a small, (as in short, thin, not stocky) brown-skinned Lemurian girl - making a giant leap. Yes, I know we had an iteration of all this at that time - but this time - L E A P !!

I just had a personal experience which shows how you stop, twitch your whiskers, sense which way the wind is blowing, commit, while still not knowing, and yet come up trumps.

It was like this: on Monday afternoon, an electronic or electric hum started up in my small house, I thought centred around where I have my computer, scanner, printer, router, land line, and air conditioner. But I couldn't isolate it. This was continuous night and day - today is Friday. On Thursday, I decided to make the jump and ring up an Electronics guy who has helped me out before - Dial-A-Geek. But his callout fee is $140. OK, I thought, I don't want to go through a whole weekend with no way of stopping this. So I booked him for today. And he couldn't find it. After putting his head up into the roof space, he thought I would do better with an Electrician, who could crawl into that space and see if there was a cable bitten through by mice, or something like that. Before I rang him, I was thinking Electrician, which may have been cheaper, but I had decided to follow my gut and go with him.

As he didn't fix it he was prepared to leave with no payment, but I gave him $50 cash and thanked him for coming.

He had turned off everything at the wall and turned it back on again. I used the computer and scanner and it worked fine. But there was no Internet. I had to go out to an appointment for an hour, so I did. When I returned - the hum was gone, house quiet, but still no Internet. Then I realised, perhaps he hadn't turned on the internet router at the wall, since it was in a separate socket. I was facing the prospect of a weekend without Transients, email or Youtube! Maybe it was the router causing all the trouble.

Turned it on, got the Internet back, electric hum still gone.

So, by following my gut, even though I was unsure about the outcome, I got what I desired for the sum of $50. Thank you Universe.
Vibrate in accord with the universal notes​
​
I see it's time to change my signature message. Out with the old and in with the new! ​
Reactions: Lila and June