John Helios said:
As I recall among the ancient Picts, their women went into battle to distract their foes and thus slaughter them more easily.
Click to expand...

I have to revise that statement: They went into battle bare-breasted.
Reactions: Anaeika

John Helios said:
As I recall among the ancient Picts, their women went into battle to distract their foes and thus slaughter them more easily.
Click to expand...

Clever!
I am my potential.

I have to revise that statement: They went into battle bare-breasted.
Click to expand...

Yes, I was thinking it probably wasn't mini skirts as they hadn't come out yet as far as I know.
But clearly something 'distracting', as you indicated.
Reactions: Anaeika
OP

Keira Knightley played Guinevere in "King Arthur", and she was a Woad (Pict Woman). The film was wooden and got panned. The make-up was pretty good though. 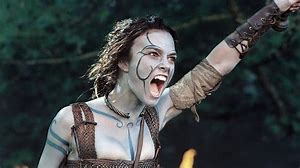 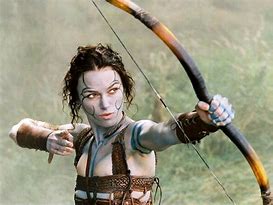 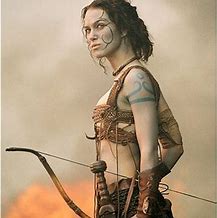 Now some of these women put the frights into me. In this one, the make-up does the job. Forget the sword or if she can use it. She probably can: 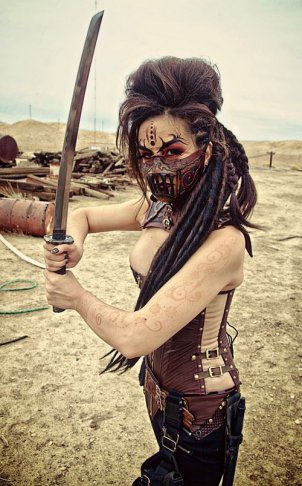 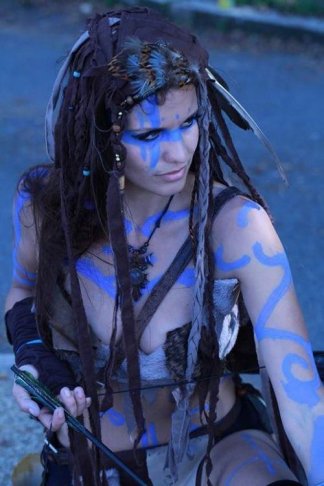 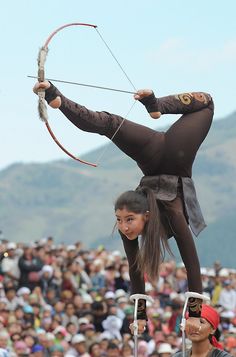 oh yeah, and this one is just funny: 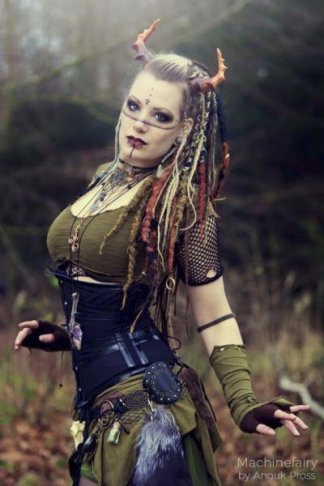 Vibrate in accord with the universal notes​
​
Question: How do you choose the higher vibrational energies in any given situation? "You choose by taking the high road, instead of engaging in the same argument that you’ve had several times with the same person. You choose by spending more time in nature and putting away your electronic devices. You choose by being true to yourself and the impulse that you have coming to you from within, rather than just doing what everyone expects you to do, or what your parents did." Quote from the Arcturian Council, posted December 5, 2019​
Reactions: Lila, Sinera and Anaeika
S

Looks more like a fashion show to me than fighting gear. (But to be fair, so do some modern entertainment-based depictions of men in fighting clothes, too).

I read that some germanic tribesmen went into battle all-naked in their forest while attacking and it shocked e.g. the Roman soldiers to the core. This seems to have happened. I think there is a similar myth or historic theory about some Celtic tribes too.

However I did not hear it of any women so far. We need to ask: Is this variant of the 'amazon myth' really historically verified or just a 'meme' or entertainment plot?

Remember that modern action "historic" shows like Vikings etc. as well as the fancy pics above give us an almost fantasy and entertaiment-based image.

Actually for quite a few years now it is one where women are most often even better fighters than men. So we have lots of scenes where one woman alone (!) can slaughter an entire batallion of attacking wild warrior men easily by the flick of a wrist. Watch Vikings or Game Of Thrones and any other Hollwood output and you see me confirmed.

However, among historians even the existence of e.g. so-called Viking shieldmaidens is still debated and not clear if it is mere mythology. Still we take it as fact. The picture that is implanted into our minds: All Norsewomen were brutish murderers and killing machines just as their male counterparts? So were all of the Picts, Scythians, Spartans or the mythological Amazons. Really?

Yes, in every ancient cluture some female fighters might have existed and they trained for fighting certainly. But for me it is not so clear if they really went into battle regularly with their men in their hundreds as it is depicted nowadays and we are 'made believe' by a politically correct 'feminist' Hollywood.

Of course, there are and were women fighting in battles when they had to, e.g. in defence when their home settlements were being attacked. Or for freedom against invaders, as nowadays for example it's many of the curageous Kurdish women who are fighting Isis, mostly with machine guns though.

But we need to keep in mind that historic fiction of the superior fighting amazon most probably is and remains ... fiction. A lot of it seems myth to me, the same is true of some male hero myths, too.

History is bunk, as Henry Ford said, so we need to be cautious here and see if most of this kind of "history" we see in Vikings and other shows is still fantasy and myth rather than was actually historically true.

Let your truth be authority, never authority be your truth.
Reactions: Anaeika
S

Btw, not to be misunderstood. I like Vikings or GoT (although would prefer it with a little less gore and softporn, but this is the times we live in).
Reactions: Anaeika
OP

I seem to feel the Asian ninjas could be men or women. And suppleness of body probably went a long way with that. That seems to be a Mongolian women on the metal arm crutches practicing yoga and being able to hit a target at the same time! Just imagine the power in the legs driving the arrow so much further. Which is probably where that concept came from.

I agree some of these actresses and models have just stepped onto a photo shoot. But the Pict women really fought to die, so the greater good could win.

Regardless of the wardrobe choices women (and other downtrodden groups through history) have always fought for what we believe in, whether it was with weapons or our voices or our bodies.

Some of the solutions are quite creative. An example that comes to mind is the fan form: Another is the entire martial art of capoeira which was developed by slaves who often had their hands tied or were thrown on the ground.