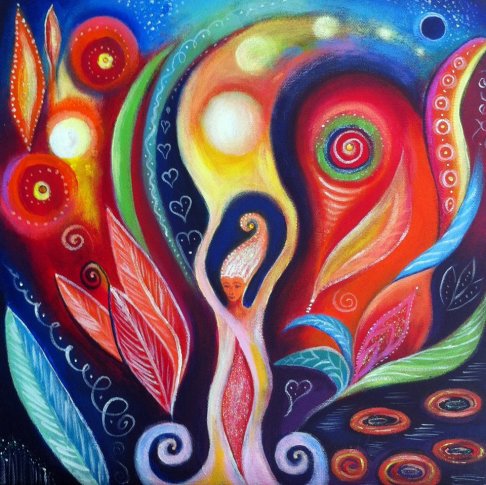 ​
Ceres, which is a very large asteroid and has made her way into our main Ephemerides, and is of the nature of Taurus and Cancer, today moves signs to Aquarius which is so interesting as this sign is under a lot of focus just now and will continue to be in the coming years.
She will stay in this sign until the end of April and then return again at the end of Sept until the 10th of Nov which is near the date Mars will go direct again after Rx in his own sign.

Ceres in Aquarius will be helping to set us all on a new path into the future as the age of Aquarius is almost in full swing with the move of Saturn, then Jupiter into the sign in the coming year. (Jupiter right at the end of the year.)

This is about giving our love and our care to everyone without discrimination and about acceptance of all minority groups and no more prejudice towards gender, age or race.
It’s about unconditional love and fairness for all as equals which also covers our animals friends and all of nature.

Ceres will be working to that end.

And for Aquarians, they will be able to have her full attention in their own lives and gain in their own enlightenment and understanding of what it truly means to be human, walking this unique planet and be inspired by her goodness.

The moon is currently in the very active and direct sign of Aries urging us onwards through the stream of time.

Tomorrow will also be a very interesting day as Haumea will station before going Rx in the sign of Libra at 27 degrees which happens to be the place of my Jupiter.

Haumea is eggshaped and has beautiful colours as well as shape, named for the Hawaiian Goddess of childbirth and fertility, a name meaning sacred birth.

Haumea when active, points us to the need to honour the natural hidden forces within us all that create metamorphosis, giving us a new level of consciousness and co-creative potential in the evolutionary process. Haumea's energy is very pure and very Earth centered, emanating from Nature Herself, the Source of all beings.

Haumea wants us to focus on healing the womb environment of planet Earth so that new physical bodies, temple abodes for evolving plants, animal and human souls can occupy them as they continue to be birthed into manifestation.
This in turn represents a need for dynamic action, movement outwards in a leap of evolutionary consciousness and new birth.

Tomorrow is a point where we get to consider this moreso than usual before the Rx motion of Haumea as she will give us opportunity to help make right any damage we or others have done to inhibit these processes.

Those born around that period or with planets there will feel the presence of Haumea's rays.(27 Libra)

MakeMake also will Station before Rx tomorrow at 6 Libra which is very close to my natal Neptune.

This is a dwarf planet named after the Creator God of the Easter Island Polynesian people and the main effect for we humans is to awaken to the need to become more conscious and climb out of the swamp of density and lethargy when it comes to the care of this planet and the damage done by man that we have all been part to. So the themes of these planets are similar and again the Rx motion gives us all a chance to work hard for that cause.

It is up to the more evolved to set the trend and awaken others to this need.

And those born near that date also should feel an awakening of some kind to new thought patterns on life, the universe and everything around them.

Eris the very powerful outermost planet in our solar system will station before going direct. Eris is of the nature of Libra and Aries and this is an exciting time as Eris is the Goddess who will stop at nothing to bring unity and peace to this planet and unlike Pallas Athene, Eris will fight to the death if necessary to attain her ends.

Eris is still at 23 degrees Aries and moves extremely slowly but has an effect when at station or when other planets activate her energies.

It’s as if she is preparing for action even battle at this time to make right what has been wrong for a while and which she has been working on and preparing, so we can expect some major confrontations on the world stage coming up in future months.

These could come in many forms so I wont even speculate on this but it does mean more action for sure.

Arians born around that degree or those with planets there will surely feel this influence in the coming days in the form of needing to finally make a move after their long term planning or preparations.

Venus will quincunx Juno from 21 Pisces to 21 Libra which is a challenge but also an offer of an olive branch, so we have choices as always, as a quincunx is about bringing together different factions of people, or merging areas that don't always work so well together.
Some will want to bring up the past and cast blame and others will want to take a more peaceful approach and go forward from this point in time, willing to forget the past and focus on more harmony and understanding, discussions etc in the future.

There are exciting stirrings at present of a new era beginning for our evolvement and the future of life on this planet.

Last edited: Jan 31, 2020
"We are endless galaxies but we have seen just one star."
My Astrology focused Facebook Page: Neptune's Magic
Reactions: Alain and Lila

Taurean here. Mon-Wed I woke up very tired but could not sleep later that night. It was very strange. It seemed I was very tired in the morning but had more energy in the evening. During that time I was drinking lots of "green juice" we make by just blending up greens, like a salad. We just buy a large salad box of greens and toss that in the blender, with a bit of frozen fruit, and perhaps some kefir for probiotics. Something is making me motivated to drink all these greens and vitamins (from an electrolyte drink also) in preparation for "something". But that's all my HS will tell me right now.

The electrolyte powder is Dr Price Electrolyte powder on Amazon. It has about 72 vitamins and minerals in it. Minerals that have been locked up by glyphosate in the food system, so your body cannot normally use them unless you get a LOT of them. At least that appears to be the case for me, I need lots of these minerals every day. It has no sugar and uses stevia as a sweetener, but it's a bit too sweet for me. Be careful, it comes with a tiny scoop and I only use 3/4 of a scoop in 10oz of water and that seems good for me.
Reactions: Alain
You must log in or register to reply here.
Share:
Facebook Reddit Pinterest Tumblr WhatsApp Email Link