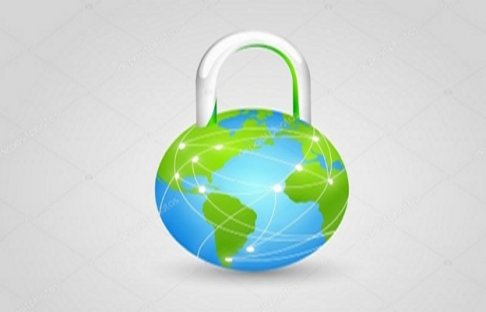 ​
The details for the "new attack plan" are now ready and the idea is to proceed in parallel with what we have in place as we have explained in several articles. While we wait for those who assist Kumar to finish the "sealing" work that is going at a good pace, we will try to continue eliminating part of the potential and power that Assimoss and Amoss, as well as the rest of races, have on the energy fields of the planet, which is still one of the points of absorption of formidable energy to be able to go ahead and counteract many of the initiatives that are launched against it.

To all those who are writing to the school saying that you have information or strategies to execute and help their expulsion, it is perfect, and if you have received them from your own Higher Self or guides use them, but I can only go by publishing the guidelines that are consensual and approved by the Higher Selves to be executed, so that, if any of you for initiative at the soul level or Higher Self has intuitions or receives information directly, it is for your use rather at the "local" level, or by the situation in which you are, while, for the "planetary" level, it only leaves us to accept to start what all the planetary forces, all the Higher Selves, all the beings that work or assist as "guides,” all the members of the hierarchies of nature, etc., have given their approval, since, being all involved, you cannot request something that some group does not agree to or do not want to collaborate for the repercussion that it could have or by the way to be carried out. We appreciate your contributions but the scenario is so complex that it cannot be done otherwise.

That said, the provided "plan" is to withdraw a second "round" of permits that are acquired when you reach certain evolutionary levels to move freely through the fields and planes of the planet in which you are "existing".

What does this mean? We, for example, the human race, can move freely through the physical and solid plane of the Earth. It is something so obvious that nobody has ever considered that this is possible because the planet, its logos, allows us to do it.

For this, every physical and organic body is endowed with codes that allow it to use the "material" plane as a base without limits and without restrictions. But, on the other hand, not everyone can move on the etheric plane, or on the mental plane. In fact, even at the soul level, when we disincarnate, we have permission to climb not beyond the mental plane, so that all processes "between lives" (speaking in linear time) occur only between the physical plane and the mental plane from the earth. This is so because we do not have the evolutionary level of consciousness, frequency and energy to be able to use, perceive, project or work in the upper structure of our planet, something that the rest of non-physical life does have and, therefore, it is there where those "guides" and beings and groups and hierarchies that assist Kumar "live" and "work".

Although Amoss and Asimoss do not have capacity for their polarity to access above the causal plane, they do have the permits for it because due to their evolutionary level it is granted by right, and what we are requesting is to revert these permits so that they can only be maintained in the physical plane, and cannot use etheric or mental resources of the Earth for their use. This will further reduce their capacity for energy interaction that we previously limited with the request and the work that we explained in an article a few weeks ago, and, in this way, we will be able to "corner" them more and more, in the densest part of our planet but not reaching a level as "solid" as ours, which is the 1.1 plane, but will remain confined between sub-planes 1.2 to 1.7. This way, and by not being able to move through higher levels, it will be the equivalent to be enclosing them more and more between energy and dimensional spaces from which they have many more difficulties to be able to move and carry out their intentions.

The request for it, to our Higher Self, and directed to Kumar, our planetary logos, which is the only one that has the power to change something like this in its "domains" and structures. Once is enough.


"I request my Higher Self, as part of humanity, to transfer this request to Kumar, as planetary logos. I request be withdrawn to the members of the Amoss, Asimoss, Zuls, Animiss, Alomiss and those known as the "grays,” as well as the entities, groups, beings, forces and hierarchies that assist them or collaborate with them, the permits, codes and capacities to move outside the physical plane of the Earth, confining them between levels 1.2 and 1.7 of the structure of the same. I request and give permission as part of humanity so that they cannot use any other plane of the structure of the planet for their displacements, activities, plans or actions any of the members of the mentioned races and groups wish to carry out. I request that this petition be communicated to all the Higher Selves of the planet so that it is transmitted to the soul, and that the soul, if it gives the approval and so wishes, adds itself with its energy and conscience to this request even though the its avatar's personality has not come to understand, receive or have this information. I request that this request be executed immediately when the minimum amount of energy and awareness is reached, so that we can restrict as quickly as possible the movements of the groups mentioned in this application to all the structures of the Earth except the physical plane of it. Thank you."​
All right. If any of you are asking, how do you do that? How is it possible that we can restrict passage through a point or move from one place to another? It is possible that many of you know that the planet has its own "guardians" and "protectors" for all the geographic zones that form it. Many ancestral cultures speak of them, work with them, and do nothing without asking permission from the guardians or protectors of a certain place. These "protectors" have a lot of power, but they do not use it, in general, to restrict physical and energetic movements in the areas they administer. A human being, if he did not have permission to enter a place taken care of by these guardians of the planet, whatever he is, and would like to enter, would feel a huge force against him that would prevent him from even approaching that point. The reason why we are not denied access to any place on Earth and that is why we are "mistreating" it in all its aspects, and destroying Mother Nature is another story for another article, but, if asked, they can block a living being from entering any area or some point under their care.

Therefore, if Asimoss, Amoss and others do not have permits or codes to access any plane of the Earth beyond the physical plane, these "guardians" can and will execute the blockade, and Asimoss and others do not have the capacity to revert or prevent it, because the hierarchies under control of the planet have a lot of power, although, as I say, they do not use it for other reasons that we will explain at some point.