By Colleen Morris (editing by Laron): ‘Why we fight for our Freedom—our right to choose. I will tell you why I do. In 1976 you took my rights of a parent away. You took my son from the hospital. He was born in to another.

You then proceeded to do an illegal autopsy on him. You never asked my permission to take parts of his body. You never asked if you could keep my son's body. I did not know it was an empty casket until nearly 3 weeks after a funeral that was held.

In 2001 I found all this out. When this Strontium 90 surfaced I was horrified of what was uncovered. Physically ill. How could any Government do this to their people. But you did.

For 22yrs of my life I never stopped until I gathered every piece of factual evidence to what you did. Strontium 90 was a worldwide program from 1957 to 1978, officially ending in 1980.

First they targeted the First Nation People. From there they cared LESS of who it was they wanted body parts from to do their evil deeds. At no time through all of this did they ask the family’s permission. 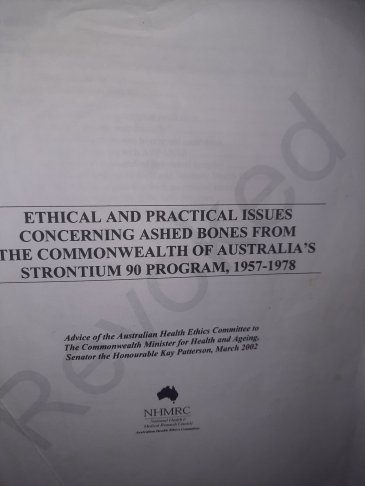 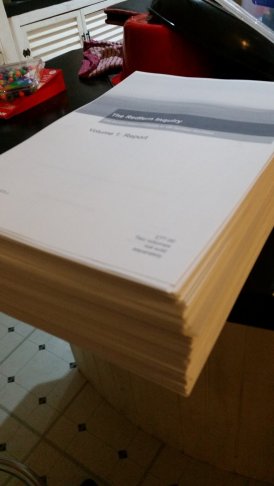 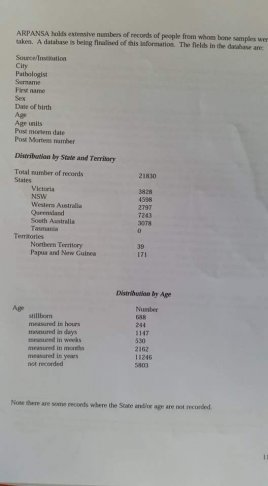 ​
Whatever excuse they gave for doing this is not good enough. You took parts of our loved one's bodies WITHOUT OUR PERMISSION.

Was not Maralinga bad enough here in Australia but you continued with Strontium 90. Both were tests and now with what you are doing, you said it’s a TEST TRIAL! I will never have my son's body returned.

So am I a conspiracy nut job? If you think that, come take a look at the 39 pieces of my son's body in science blocks they handed me back on his 42nd birthday.

I will ask the AUSTRALIAN PEOPLE COME ELECTION TIME, MAKE YOUR VOTE COUNT SO THIS NEVER HAPPENS AGAIN ...GIVE MARIO HIS VOICE.

This is why I will be going out to talk to community groups around Australia and help those who want to find out if their loved ones were involved in Strontium 90.’ (Source)
Last edited: Aug 12, 2022
Social Media: Facebook | Telegram | YouTube | Rumble
Lighthouse at the Oasis: Facebook | Telegram
My Services: laron.nz
Reactions: June, Linda and Jenniflower

Gees, that shakes me up!
Vibrate in accord with the universal notes​
​
I see it's time to change my signature message. Out with the old and in with the new! ​
Reactions: Linda
OP

Hailstones Melt said:
Gees, that shakes me up!
Click to expand...