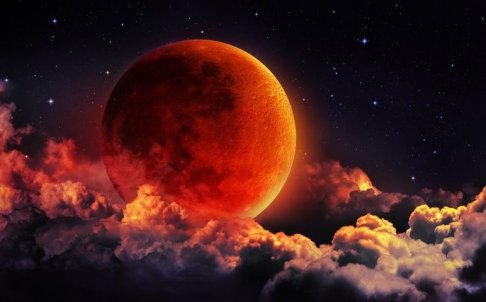 ​
Time is standing still as Saturn is at station prior to going direct which I wrote about a few days ago.

Venus in Leo has been quincunx to Saturn which will exacerbate that effect as well as influence our feelings right now so many of us could feel as if we are in a state of limbo, which we probably are.
This will affect Leos, Taureans, Librans and Capricorns strongly but many of us will feel lacking in support or lost in time and space at this time.

On the other hand Venus also trines Rx Mars in Aries which could put some fire in a few bellies although it may not burn as bright as it normally would. But it will help the more subdued influences of the day especially for Aries type people and the signs already named, so it’s helpful on such an important day as today.

The moon is in Pisces (good for we fish), so this does help to quell any overly fiery influences around at this stage but not for long as the Aries full moon is approaching rapidly in two days time.

And speaking of the Moon, the Gibbous moon phase is now under way, the last phase before the full Moon in Aries in 2 days time. This is the time for organizing, integrating, and planning, getting things right before the big event. Its also a time of interpreting, so I feel at home with this on this Saturn at station day even if a bit low in energy.

This approaching full moon in Aries at 9 degrees is going to be a powerful one like the last Pisces Full Moon was, but quite different in energy as its about fire not water, so opposite in energy but since then the ruler of Aries has gone retrograde, adding a bit of a twist to the energies and bringing a lot of the past back to look at especially so for Aries type people.

Another factor is that Apogee, the “furthest from the earth” moon happens soon after, so this is around the same potency as Perigee only more focused on certain people and locations and extreme in that effect.

As always the aspects surrounding the Full Moon will dictate the actual mood of the moon and happenings around it as the date of Apogee approaches which will be the 4rd on my side of the world and 3rd elsewhere such as USA and Europe, with the full moon being on the 2nd here and 1st elsewhere…

Bear in mind that just after the full moon Venus will have moved to Virgo and Pluto will be at station, which like Saturn will be a trigger date for current transits for those of us that have them and important for Scorpio type people and Capricorns too.

This will happen at 22 degrees Capricorn. Pluto is about power and tells us that things are “powering up”.

And of course the influence of Saturn changing direction to direct from now will gain momentum as the full moon approaches as it happens that Saturn and Mars have been in a square aspect to each other in August around the 23rd, so they have a bit of a bone to pick with each other, and in fact right now as I write this they are in exact square again or will be tomorrow.
So its a very powerful time with a lot going on.

Anyone that has any transits involving Saturn to Mars in their birth chart or vice versa will be no doubt having some aches and pains, or have to front up to someone again, OR deal with an ongoing situation that they may prefer to avoid. But this is the turning point for anything difficult especially involving legal matters or property, finances etc.

The Mars/Saturn aspect is quite confrontational and dominates Saturn’s station point, plus the full moon coming is going to cause some flareups.

I expect this in Gov systems also and for various world leaders.

So take care of your existing wounds and try not to inflict any others on yourself as the Aries full moon does make us more than usually impatient or hotheaded and argumentative, accident prone, as its rather ego orientated and especially so for Aries type people.

Pluto slowing down is also adding to a build up of emotions and grievances.

Slow down, count to ten – avoid sharp objects or speeding or road rage. Channel the energies into productive areas to get things done as safely as you can in the days ahead until well after this full moon.

The full moon itself is also famous for its aches and pains as being ruled by Aries it seems to bring out more then the usual inflammation as we all know that Full Moons increase the fluid content in the body such as around the brain causing tension, high blood pressure for some and headaches, as well as lower back pain, kidney issues or adrenal overload.
Head and face, eyes too, as well as the band around the hip area of our bodies are the health areas. Sinuses too can come under this.

Staying hydrated is a good policy and avoiding people that tend to be a bit quick off the mark with their words or actions.

On the other hand this is a moon that will energise us to action if needed so we can get things done quickly if we have to. And some of the unexpected could happen near the full moon either side, as there is a Uranus aspect as with the last one, a quincunx between the Sun in Libra and Uranus in Taurus soon after, an aspect that is still a part of the Full Moon energy with Apogee involved.

Those signs should take note of this but its part of the overall energy of the Aries full moon for all of us.

A calming influence of Mercury however quintile to Jupiter could save the day from being too extreme.

Most of the signs appear to be involved in this full moon energy but anyone with planets or points around 9 degrees of the cardinal signs, Aries, Libra, Cancer and Capricorn could be in for a bit more excitement than usual in the week ahead or those with planets in the late degrees of Capricorn or Cancer as well as Scorpios in general…

I’m also noticing Eris is very much in the picture as Rx Mars will conjunct her on the 3rd/4th Oct, the day before Pluto goes direct.

This happens at 24 degrees Aries. This also is an ongoing situation that is quite war like as if something is being plotted behind the scenes as Eris does not let a chance go by to make sure we are moving towards unity and equality on this planet and doesn’t care what she has to do to make this happen. So it looks like she is busy helping Mars to assemble the troops to prepare for war “just in case.”

Eris, ruthless or not, generally fights on the side of good, so that is a comforting thing for everyone to know, and she never loses.

The above aspect will happen again just before Christmas this year, so how timely is that to make sure peace reigns again on this Earth at that time.
"We are endless galaxies but we have seen just one star."
My Astrology focused Facebook Page: Neptune's Magic
Reactions: Alain, DebM, Fathima and 1 other person
You must log in or register to reply here.
Share:
Facebook Reddit Pinterest Tumblr WhatsApp Email Link