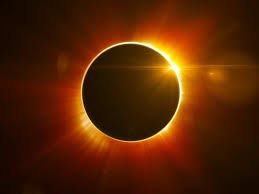 This solstice time of renewal is being experienced in the dark of an eclipse so this is more than usually an auspicious time for us all.

We can use the energies of this day to contemplate on the darkness that has befallen our planet this year, and to meditate on ways to lead us out into the light with renewed vows to focus on the positive and on the light of all that binds us together as spiritual beings. The best way to connect or reconnect with people is to find the things that we have in common, even with people that we may not agree with concerning beliefs.

There is always a common denominator that binds humans where we can connect.So find the things that we have in common to connect or reconnect, even with those we have left behind on the wayside.

And Happy New Moon solar eclipse Cancerians and the same to Capricorns with regard to their relationships.

This also applies for anyone with the signs ascending like moi.

And whats more we get another Cancerian new moon in July, the 20th for some and 21st for others.

Two new moons are known as a “Black moon”. As this is in Cancer it will mean actions taken in this coming month will be more auspicious or have a more special meaning that any other month.

It means that things will happen that do not normally happen. This would mean globally or personally so it could also bring a stroke of luck or a dream come true for Cancerian people but it could happen for anyone in the areas of your life that Cancer “rules” in your birth chart.

This is more likely to be something that relates to the meaning of this sign which is home and family, security which covers a wide area I know.

With a Blue moon which is similar, the event usually turns up at the new moon in between the full moons but with this one its more likely to be near the lunar eclipse on the 4th/5th July, but really it could be any time in the coming 28 days.

With any new moon the light shuts off before it brightens again and moreso with an eclipse so some of the more sensitive people will feel tired or a bit drained of energy.

Go with that and take the day slowly, but try to find time to light a candle and sit and reflect on what you want and need for your future home life and security, reflect on what and whom makes you feel good, where do you want to put your focus in the months ahead? What do you need to feel safe and protected but also fulfilled with your life?

A cluster of planets in Capricorn opposes a cluster in Cancer today, and Saturn in Aquarius 0 degrees is in a 150 degree quincunx with the Sun and Moon.

It's as if a door is closing but another will soon open. This is not the usual New Moon for making major decisions as there is much more to come, as one by one planets will change direction, beginning with Neptune in two days at station and then Rx, and Venus direct from the 24th/25th, then later we have Mercury direct around the 11th July.

These planets represent our spiritual, emotional selves as well as our mentality.

It's best on this New Moon eclipse to wait and let nature take her course as things are quite likely to be taken out of your hands when the time is right in the coming weeks. Then Cancerians get a chance to make the final decisions and tidying up of what has transpired on the last new moon in July around the 21st.

The eclipse chart is a Bowl shape, very focused with Mercury leading and Rx so we may have to go over some old ground before we find the door we are looking for, but trust me that door will find us in the coming weeks so all we have to do is wait and observe and take care of self as well as we can. There will be a lot of processing to do for many.

At the end of June when we are in the shadow of the next eclipse, Jupiter and Pluto will meet for the 2nd time. Globally this means that those who are the highest of the high on this planet will reclaim their power or attempt to.

The issues with this are that there are two forces at play in this time of Earths history, one is dark and the other is light but both have connections with wealth and power.

The last time this Jupiter/Pluto aspect happens will be the first week of November this year around the 7th and this is when the best of this aspect will begin to emerge to work alongside the powerful total solar eclipse to come in December when Saturn again enters Aquarius and then joins with Jupiter in Aquarius to work some miracles with world leaders and Global finances too.

A lot will be revealed in Dec that the world has been waiting for.

In the meantime we must work with these eclipses to let go of our old patterns as each and every one of us has been part of a system that we didn’t realise was so negative or dark, as human beings are fragile and so easily influenced by the repetition of certain concepts and ideas, so much so that we do not even question them, so now we are entering a period which one of my favourite authors Robert Anton Wilson called "Chapel perilous" when anything can happen and probably will.

And I will also quote Nietzsche who said we must have chaos to give birth to a dancing star which is the process that our world is currently in as we let go of the old ways and prepare for the new.