I felt guided to write this note in memory of my father transition to the spirit world last week on January 30, 2018.
What I felt guided to talk about here are the messages I have been receiving and which were pretty enigmatic and hard to understand at first hand. These are the kind of messages a soul sends through another soul when it comes to connect at a multidimensional level.
From many out of body experiences I had during the month of January and even before, where I was sent back to my hometown in Tunisia, doing things like healing, cleansing or just walking there as an astral body, this one was really intriguing and when I woke up I could not find any answer to my question.

An Out of Body Experience in Bizerte my Hometown
January 28-29 at night I was during my sleep time sent to my hometown Bizerte. I was near a high school called “Lycée de Garçons de Bizerte”. My aim was to reach my home. From there I had to ride a sphere which was helping me cross a long straight road until its end near an Elementary school called El Maaref.
Those who are from there and are reading this post will see where I was.
Once there, the three pavements in that second road were all broken. Everything was broken there and I could no more ride my sphere. I took it under my right arm and started running. I run until a district called Al-madda, then once down that district I was in another district not so far from my parents house The Andalusian District (Hay Al-Andalus). I just run again but when arriving to the cemetery which was at the top of that road, I was sent back in my physical body. The cemetery was just not so far from home as it was just located behind my parents house.


I was back in my physical and could not reach my home. I woke up intrigued by this OBE a warm energy was healing me, I could barely breathe and I said “ What’s happening there ? Why was I sent there ?” and to my guides I asked “Why did you send me there ?”
The motives to go home were not specified but I had to go back home because I forgot my swimsuit as I was going to the swimming pool. It was near the High school in that world. But I guess all was a set created by the guides to make it more enigmatic and symbolic.


I woke up that morning of January 29 at 9:30 am and while taking breakfast my daughter came to tell me that her cousin told her my dad fell down and broke his two legs.
After calling my mother I knew about what happened to him and that he fell and broke his two femoral necks in the same area in each one, same place in each one. I was feeling helpless and was only sending healing. He was in the hospital and was going to have a surgery.
When connecting to his soul during his surgery I felt pain and sadness. He was crying, and me too. I took a plane ticket for Tuesday 6 February.


On Tuesday 30 in the morning I woke up at 6 am and was unable to sleep again. So I did mediation and healing on me and then on my father. At exactly 9:30-9:45 I felt fire in my right hand. This was the soul of my dad leaving his physical body. I know that because every time I help souls to pass the gateway to the spiritual realm, I feel that fire in my right hand. Later, when I called my mother, at about one hour after she told me he passed away at the same time as I felt that fire in my hand.
I stayed connected to him for a while. He was still down on the astral plane and was seeing everything. I understood my OBE at that time and knew it was a message for me to tell me that I won’t be able to make it until my home. It was his soul’s message to me.


The day of his burial ceremony, in that cemetery behind our house, he showed a basil on his grave. And I told one of my two brothers about it. He said “I saw it too”. So we were guided to plant a basil on his grave but my mother told me that it has to be done during spring time.
Yesterday February 6, I was meant to take the plane and travel to spend few days with my family, but snow began falling and planes were delayed. So I delayed my travel to April 1 to be able to spend two weeks with my family. This morning his spirit was talking to me and saying that the basil was another tricky message that I won’t be able to go there before spring.


I also understood why I was sent back to my physical when I was in front of the cemetery.
When I came to France on 1991, my father and I used to send letters to each other. I have completely forgot about them until two days ago, I heard “ Go find the letters I sent you years ago and the pictures !”. I found them and when reading the first one of them I felt a warm energy surrounding me. I just let the energy run through me and cried again. It was his way to say hello in a very subtle way.
During my last night’s out of body experience I was in a parallel world, in a kind of SPA where there were many people I know. Then I was in my hometown again with the mini blue bicycle my father gifted me when I was very young and still at the Elementary school. I had to leave it near a nice big white house surrounded by orchards and other trees. I had to reach the beach. So I left the bicycle near that house. An old man got out of it and told me “ you can leave it here in my house and come to take it back once back from the beach”. I did.
It was his very subtle message to me that he loves me and that I am in his heart.

Soul’s way of communication and its language are very different from our way to communicate with each other when we are in our physical bodies. The soul sends messages in the shape of symbols it can be a high mountain you are climbing to tell you that you are struggling with a process you are involved in, or you can see an animal that brings messages through you and so on... But all of the souls’ language is made of images, symbols and it is tricky and enigmatic. My fathers’ soul sent me one like these and I could not understand it before all things had to happen as they had to be.
Souls’ language is subtle, but I find the one I had from my dad was at the same time enigmatic, humorous and dramatic.

When a soul begins its transition it doesn’t take minutes. It takes days. It may take a year or so. The soul knows deep inside that the time to leave has come and sends messaged through the physical body, and to those souls who are from the same family.
As a soul carrier I was engaged in this process to help with the energy healing. I saw things that made me understand the meaning of our life here and what we are here to do.
At the end of the road there is nothing to do even running cannot change things as they had to be that way. 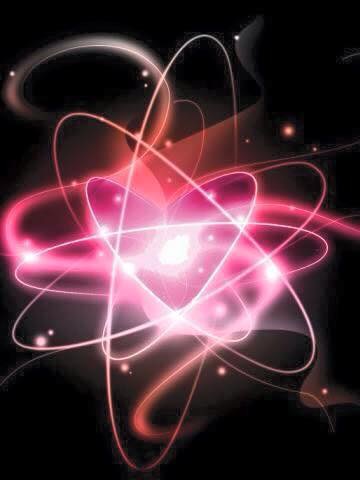 That was a brave description of an apparent loss, but actually, it is all about connection, love, and understanding beyond the framework of this world. Thank you.
Vibrate in accord with the universal notes​
​
Question: How do you choose the higher vibrational energies in any given situation? "You choose by taking the high road, instead of engaging in the same argument that you’ve had several times with the same person. You choose by spending more time in nature and putting away your electronic devices. You choose by being true to yourself and the impulse that you have coming to you from within, rather than just doing what everyone expects you to do, or what your parents did." Quote from the Arcturian Council, posted December 5, 2019​
Reactions: Pucksterguy and Anaeika

Oh Henda , I loved reading what you have written about your father and his after-death communication! It’s very important to talk about these things because they are real and it reduces the taboo to talk about it. Imagine society when we all can speak of the spiritual world this way. Imagine how much more open everyone would be. The veil thins even more when we stop and pay attention to the subtle language between the physical and nonphysical. My grandmother made her presence known after she passed away. She still comes back to let us know she is around.
I am my potential.
Reactions: Pucksterguy
You must log in or register to reply here.
Share:
Facebook Reddit Pinterest Tumblr WhatsApp Email Link