Neil Oliver, a Scottish TV presenter, included White Island in New Zealand's Bay of Plenty, on his Coast NZ series, filmed in 2016. The island, which is actually an active, live volcano rising from shallow coastal waters near the coastal town of Whakatane, was named White Island by Captain Cook, who viewed it in 1769 on his southern explorations, because of its endless clouds of steam.

Neil Oliver said: "We had to land by helicopter and it's a great steaming, sulphurous live volcano. There was a constant sound of roaring, it's in the process of making, of being a volcano and it felt a faintly terrifying place to be because it could, of course, go big. We had gas masks around our necks so we could quickly put them on if the thing decided to do something."

The Maori name for the volcanic island, which obviously pre-dates Captain Cook, is te puia whakaari, meaning "The Dramatic Volcano".

Given that the nature of this place has been recognised in its naming by both indigenous and western visitors to the region over many hundreds of years, shouldn't this have been a flag to adventure tourism companies that this place may be a place to avoid? New Zealand offers many other adventurous experiences, so this could have easily been left off the repertoire.

Look at the landscape here - that is bright yellow sulphurous emissions, coating the rocks and also leaching into the near waters around the island. This natural form of pollution makes diving in the area dangerous - it is not only the dramatic volcanic landscape that promises that adrenalin rush. We are in the aftermath of a natural disaster where many people (tourists and tour guides) lost their lives, because it did "go big", erupting on Monday, 9th December. At the time of the eruption, around 2pm, a tourist boat was visiting the island, a day trip from an ocean cruise, The Ovation of the Seas, which was berthed at Tauranga on New Zealand's North Island. Those intrepid hikers and just ordinary people who wanted to record their "moment" on an active volcano, died needlessly because the risks weren't assessed accurately. The emergency rating (low is 1 and high is 5) had recently been upgraded to a 2. Not the peak of the warning, but volcanoes are unpredictable.

People who visit Spaceweather.com and other cosmic weather sites know that we are in a Maunder Minimum, and volcanic activity increases at that part of the sun's cycle (hopefully the CMEs get less, but the volcanoes and earthquakes (and possible subsequent tsunamis) have an uptick. Perhaps the tourist company, or at least the New Zealand government, could have been better informed. 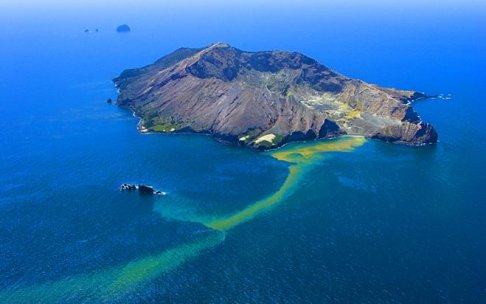 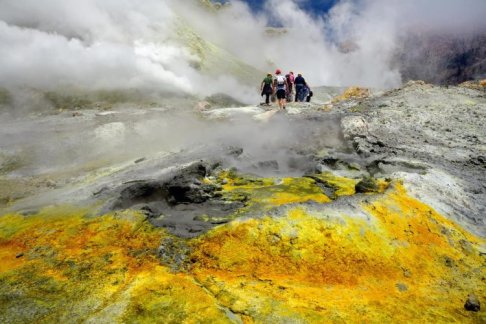 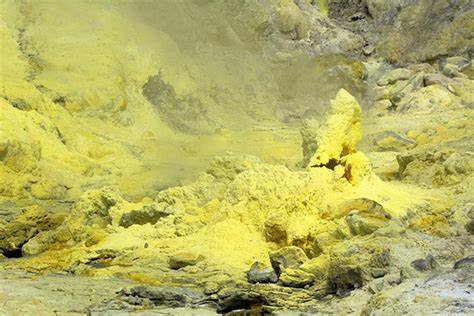 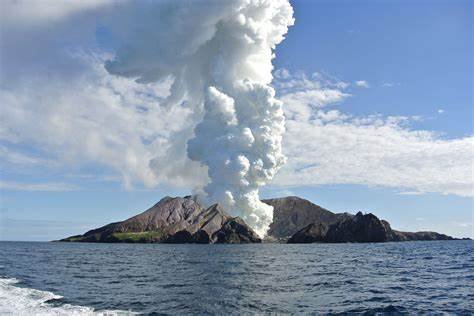 May all associated with this tragedy find peace with the decisions that led a tour boat to be visiting the volcano at that fateful time.
Last edited: Dec 14, 2019
Vibrate in accord with the universal notes​
​
As long as bribery, intimidation, threats and blackmail are used to enforce public health, there is no real public health (Lisa Renee, creative commons 3.0 BY-SA, www.energeticsynthesis.com) July 2020​
Reactions: Laron, One65, Alain and 3 others

Thank you for this summary. This is a dramatic place!
I'll include these thoughts in your special request for our remote group healing this weekend.
Reactions: June

I understand the interest and mystery of volcanoes. I've gone into the crater of a dormant (10,000 yrs) one in New Mexico. However, as others have written, this one was living and active. Once I was cross-country skiing with my brother in Wyoming, and all of a sudden, he stopped and said we need to turn around. Only when we were safely back did he say that he had a funny feeling about a bear.

Rather than criticize the leaders of the tours, I like HM's take on it -

Hailstones Melt said:
May all associated with this tragedy find peace with the decisions that led a tour boat to be visiting the volcano at that fateful time.
Click to expand...

Also, may others take a moment to consider that a nagging feeling about a situation is a valid message.
Everybody all around the world - Gotta tell you what I just heard
There's gonna be a party all over the world
I got a message on the radio - But where it came from, I don't really know
And I heard these voices calling all over the world
Electric Light Orchestra
Reactions: Lila, Alain and Pucksterguy

Hailstones Melt said:
we are in a Maunder Minimum
Click to expand...

Not yet there, fortunately I want to say. We might get there past 2030 or 2040 which will not be good due to the mentioned volcanoes causing the athmosphere to thicken and block sunshine, the ice and cold making the crops fail and impeding food productions, also all energy costs higher and all that. So we would have other problems right now if we were already there.
If lucky it will only be a Dalton Minimum which happened about 100 prior to the Maunder and was not quite as dramatic ... but still bad.
Let your Truth be Authority rather than Authority be your Truth. - Sinera Arenis
Do or Do Not. There is no Try . - Master Yoda

Most doctors continue to practice with comfortable indifference. Some see the errors, damage, and limits of their practices but still walk lockstep with the herd and protect the brotherhood. I don’t know what it will take to get these doctors to resist the dictates who rule over them. I’ve had far more success reasoning with parents and intelligent people who are not attached to traditions that are damaging, unscientific, and not even supported by our own medical literature. - Dr. Suzanne Humphries
Reactions: Lila, Alain and Hailstones Melt