As part of the Time-Cross remote viewing project being run by Farsight, in September four viewers saw the same thing, an area which can be seen with Google earth showing something under the snow that has since been investigated by man — an alien spaceship crash in Antarctica. 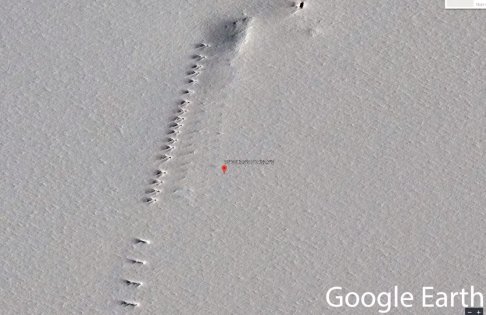 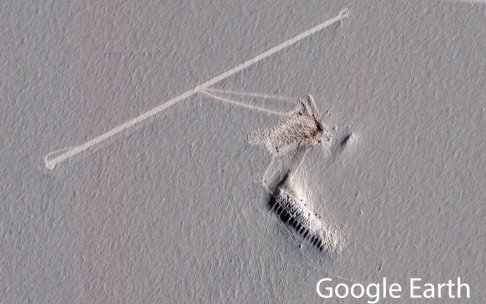 ​
The above 50 minute video, the four viewers go back in time to see how it got there and why.

Below is what Courtney summarises at the end of the video.

“From this remote viewing data, what appears to be under the ice is a spacecraft that apparently ran into trouble and was forced to land or crash long ago. The trouble seems to have originated from within a storm cloud and it appears to have been made to look like a natural disaster like lightning hit. But it also appears that this may have been a ruse, and the trouble may have been a result of a purposeful attack by another surface structure. Regardless of the source of the trouble, the ship we now see under the ice is damaged and was forced to land or crash. This data seems to suggest that the previous inhabitants of our world may have looked at this ship as a sort of a shrine, almost a place of worship.”

Here's a few images by the last remote viewer. 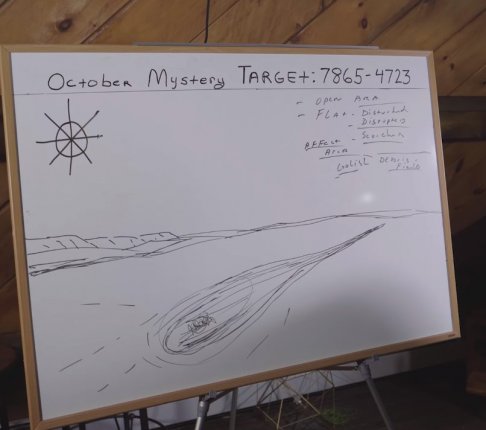 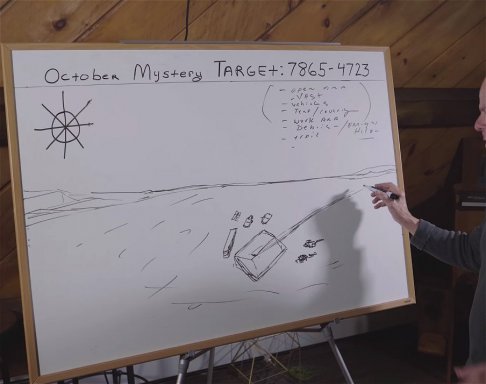 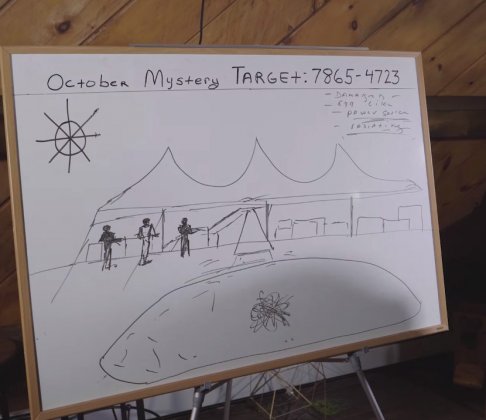 All 4 viewers see practically the same. Courtney and his team did it once again. Truly fascinating!

Just not clear if it was shot down or it was a weather/energy event. If it's a ruse is speculation. But who knows.

I recommend this video. Fantastic stuff.
Let your Truth be Authority rather than Authority be your Truth. - Sinera Arenis
Do or Do Not. There is no Try . - Master Yoda

Most doctors continue to practice with comfortable indifference. Some see the errors, damage, and limits of their practices but still walk lockstep with the herd and protect the brotherhood. I don’t know what it will take to get these doctors to resist the dictates who rule over them. I’ve had far more success reasoning with parents and intelligent people who are not attached to traditions that are damaging, unscientific, and not even supported by our own medical literature. - Dr. Suzanne Humphries
Reactions: Laron
OP

What confused me was that the Time-Cross project is focused on main stream media news and the most popular item of the month. So was this? Or was this something different outside of that scope? I haven't been following recent months so I'm oblivious any changes in the project.

It is not part of the Time Cross because Time Cross with predicting the future ended. I don't know why they call it this way. The cryptocurrency is the future predictions now, maybe that is why it is still called this way. But the Antarctic UFO crash and e.g. before that Jack The Ripper were part of the Mysteries project. I also don't like that they put it under the label "Time Cross" instead of "Mysteries". But only Courtney knows why. At least they do some free stuff now with the Mysteries (although shorter) and not all is 'for sale' on Vimeo.
Reactions: Hailstones Melt
OP

Oh, that's really weird he stuck time-cross on there as from what I could tell, it had no relation to the time-cross project. I agree, it's great he's put this one out for free. I think that will help attract more people so that when he does charge, there will be more people interested.
Reactions: Hailstones Melt