Climate change and space weather expert Ben Davidson just reported that a possible solar kill shot took place on the far side of the Sun, which was about 26 hours ago. (This was not Earth facing as it was the far side of the sun, for all those that may consider this post to create fear.) But the last time we had an X class flare (July 4), which I reported on in the post you can find in the comments, and which was not directly Earth facing at the time, a lot of people felt it in different ways, which they shared in the comments, including myself. 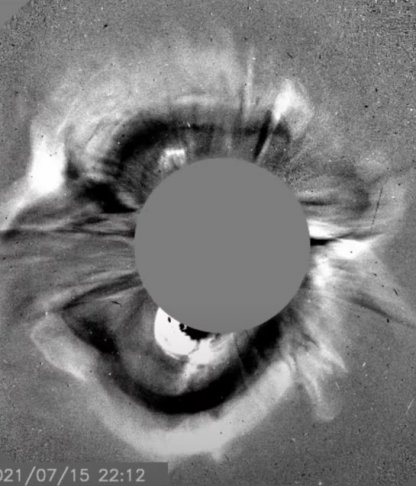 An image from NASA of the large x class CME that Ben spoke of on the far side of the sun.​
Ben went on to say, “That appears to be just shy of kill shot level CME production… That is major heavy density. Electrical issues, possibly up to major grid level may have been expected if that ultra-dense corrugation was aimed at earth. Lucky us.”

The Sun is waking up as it goes through another solar cycle, but the sun is waking up in other ways, as the shift in consciousness is ramping up (Age of Aquarius). This is all about the frequencies rising, including the energies and consciousness expansion. Just because on our three dimensional level the CME was not directed at Earth, doesn’t mean it misses us and we are not affected in some ways.

I’ve been facilitating past life regressions for a decade now, using Dolores Cannon’s QHHT method that she taught me in Melbourne, back in 2011. I’ve had clients regress back into past lives and back in the current life, forward into future lives, and simultaneous lives that are happening as their eyelids remain shut on the beds during my sessions with them. But they don’t always have human lives. I’ve had lives come up as a sun (star).

Point being, our star has consciousness, just like the Earth does, which ancient cultures have a lot of information about. We know Earth as Pachamama (“Mother Earth” in Aymara and Quechua languages — a goddess revered by the indigenous peoples of the Andes), Tellus (Latin, and known as Tellus Mater or Terra Mater, the ancient Roman earth mother goddess), Gaea (Greek personification as a goddess. Mother and wife of Uranus (the sky)), and Prithvi (“the cast one”, a Sanskrit name that’s also the name of a devi (goddess) in Hinduism and some branches of Buddhism).

We produce vitamin D thanks to our sun. If you didn’t realise, there’s been no reported cases of C in anyone who has had a healthy high level of vitamin D. It’s not only important to get sunlight through our skin, but also our eyes. So those who wear sunglasses a lot, block this much needed energy and this affects our spiritual development. Of course, sometimes we are driving and/or need protection for common sense reasons.

The sun is also sending energy our way, but when it’s producing CMEs and coronal holes, we’re receiving extra energy, even if science is showing us on the 3D level it’s not facing us.

I suggest we take notice of today and the coming few days in terms of how we feel, as our emotions, decision making and fatigue levels may all be affected. And again, watch the dreams and downloads for those more connected to spirit.

According to spaceweather.com, there was another huge CME yesterday (the 17th).

Following up on azlynn 's post above, in today’s report by Ben, which I've embedded below. He mentions there was another very large CME on the far side of the sun yesterday, but this one was so big its shockwave got sent through the corona to Earth. He can see this visually from replaying the ripple appearing on the Earth side. 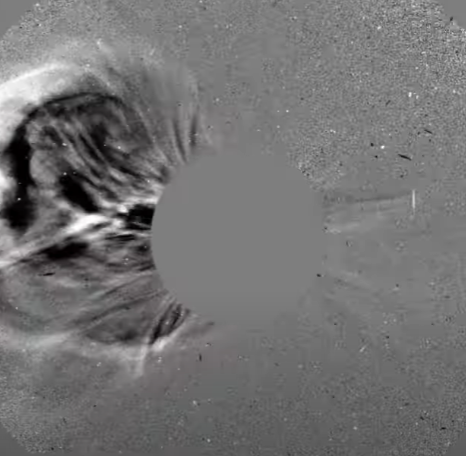