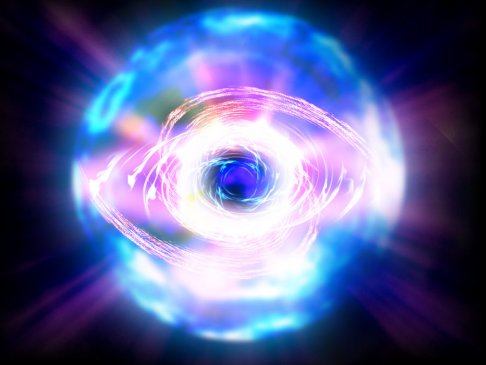 ​
A NEW PORTAL OPENS IN APRIL(IMO)

I'm feeling passionate about planets today and there is something I need to write about now, inspired by another respected colleagues page and comments on his page .

I have also been inspired this morning when out walking in nature with messages from "up there".

A planetary aspect , a major conjunction of two planets, the old and new rulers of my own sign Pisces will meet mid April.
Neptune has not had a good name amongst other astrologers for a long time as they see him as a great deceiver, the father of lies and also illusion, but this belief reflects the lower octave of the planet and Pisces too as every planet and sign has one, and really it reflects the outlook for the observer as well.

Those who think in a lower octave will see what they want to see even though they may hope for the new world to come. There is a need to "see" through our higher mind and continually support and visualise this New Age that is almost here now. It is our own belief and wisdom/spirit that will bring this about.

In Astrology it is not so much a conjunction of planets but squares and oppositions that bring about lower octaves in planets or signs.
Sometimes , rarely conjunctions, depending on the nature of the planets but mostly a conjunction will bring out their strongest and best especially involving Jupiter.

I believe , know that Neptune and Jupiter together reflect the best and highest qualities of Pisces and both planets and if anything can "reach for the stars" this conjunction can.

We are looking at expansion, higher consciousness, a raise of dimensional levels , freedom and help from the heavenly places whichever form it comes in.

An event will be part of this yet to be revealed, but its about personal freedom and planetary freedom. A massive lift in consciousness, (imo one we have never seen before ).
I have dreamt this for a while for what is to come.

This April event in turn will bring retaliation triggered by powerful eclipses.

People have to reach a certain percentage/level of consciousness before we can begin the move to the next dimensional reality for Earth and ourselves.
Earth has got to this stage before but never made it past this point.

Now there is help whether we know it or not from other sources , the ones that helped Earth begin in the first place. We can no longer look at Earth life from a 3 dimensional perspective.

When together these high level planets will not cause a deception, or a downfall for humans, but an opening to a new portal although some may see it differently depending on their own level of development at the time.
"We are endless galaxies but we have seen just one star."
My Astrology focused Facebook Page: Neptune's Magic
Reactions: Lila, Alain, DebM and 2 others

Thank you for a most important message.
Vibrate in accord with the universal notes​
​
I see it's time to change my signature message. Out with the old and in with the new! ​
Reactions: Alain, DebM and Janne
You must log in or register to reply here.
Share:
Facebook Reddit Pinterest Tumblr WhatsApp Email Link