I received this free .pdf from the Foundation of the Law of Time (89 pages). It is most timely. Never are there more people on the planet right now who would love to have a 9-year map of what the future might bring, or what we need to do to get us to a place where we want to be. Stephanie South, the author of the attached booklet, carries on the work of Dr Jose Arguelles, and the Noosphere. 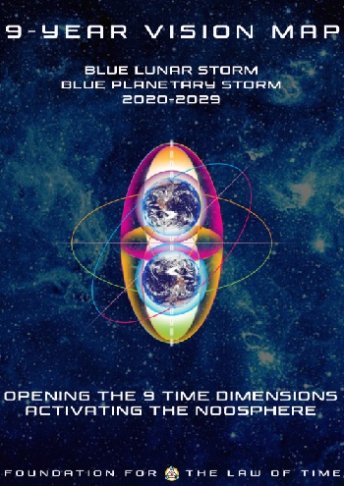 NOTE: I can only post a snippet of the beginning of this document here , as it was too big to attach here as a file (9.3 mB). If you would like the entire .pdf let me know by PM and let me know your email address and I can send it in full to you. This is a gift from the Foundation of the Law of Time, so I want to gift it on!

A note of gratitude for all of you fellow time travelers who are on missions of healing, memory retrieval and liberation for all sentient beings.
In light of these Stormy times, we offer you a gift of Light and Memory.
May it activate your memory codes and inspire the Quickening of a New Collective Dream, filled with Love, Kindness, Compassion, and activation of our Cosmic Memory:

Contents
1. Where Are We in Time?
2. Breaking Old Dream-spells and Healing Ancient Trauma
3. Galactic Maya on Earth: Vision of Our Potential
4. New to This? 12:60 - 13:20
5. Context: G.O.D. and the Law of Time
6. 9-Year Vision Map: Education, Art/Culture, Community
7. Navigation Tips and Memory Cues
8. 9 Years at a Glance: Opening 9 Time Dimensions
9. Meditations and Star Map


“When we understand the scale of the mega crisis,
we realize there is nothing that can be done
about what is going on within the
old system of behavior and belief.
You cannot stop an evolutionary shift that is
encoded into the whole system process of a
living planet like the earth.
The only meaningful response to such a transition
as is now occurring is to
shift our consciousness to meet it.
And this is precisely the prescription
that augments and affirms
the coming of the
Noosphere.”

Dr. José Argüelles, Manifesto for the Noosphere
​
ONE

Where Are We in Time?


Only through the unification of your consciousness will you successfully escape the disasters and catastrophes
that are now pending. And keep this in mind:

—Dr. José Argüelles, Manifesto for the Noosphere​
The last battle being played out on Earth determines the destiny of the Human Race. We are at a turning point of historic magnitude exceeding anything that we have known in the whole of our history. We are in the Great Unknown, where the Ancient and the Future are colliding.

The entire world appears to be under a mass hallucination or Dream-spell, a legacy of false timelines that has been handed down for generations that no group or individual has yet been able to alter. The original Mission of the Foundation for the Law of Time put forth by Dr. José Argüelles/Valum Votan was predicated toward this day 12-21-2012 as a consciousness shift to return Earth to its natural order at the closing of the Great Cycle. Though many experienced a shift of consciousness, the world still entered into a time of increasing fear and chaos.

We are now eight years (2020) from this prophesied date. Human civilization is increasingly disconnected from Nature and enslaved to an unconscious mental matrix governed by artificial Time (12:60). This 9-year vision map was inspired by the urgent Time we are now living in. We can no longer afford to be unconscious. If you are reading this, you have a significant role in remembering the keys to steer Timeship Earth into a more optimal future. We are being called to take back the wheel and integrate the powers of knowledge, compassion, and action.

The first step is to realize that the root of our enslavement originates in unconsciously following the 12:60 timing frequency: 12-month calendar, 60-minute clock. It is an artificial mind control grid that is superimposed over the natural (13:20) grid. This artificial grid is held in place by the Gregorian calendar, an instrument of control, which has now been in operation for 438 years (as of 2020). The Gregorian calendar is a device invented by the Vatican in 1582. It forms an integral and dogmatic foundation of the European-Western dominance of the world. The current world mind is overflowing with contradictory, fragmented, and disharmonious thought forms, creating a catastrophic cacophony. Who owns your time, owns your mind.

This 12:60 frequency has been institutionalized into every facet of our society and seeks to turn humans into automatons. War and violence have been so engrained in our consciousness that many people think it’s normal. Living out of synch with Nature and our Divine Essence, is the root cause of the multiple crisis and dysfunctionality of our species at this time. This disconnection results in a loss of collective vision, depression, mental and physical illness, confusion, inequality, loss of purpose, and increasing cognitive dissonance.

In Time and the Technosphere, Dr. José Argüelles demonstrates how the Gregorian calendar runs in 28-year cycles: “... If this 28-year Gregorian calendar cycle (starting in 2001) were to go unimpeded until 2029, it is not certain what would be left of the biosphere. But there is one thing of which we may be certain: artificial, linear time has run out.” He prognosticated that the artificial technosphere will eventually culminate in the awakened noosphere, the planetary sphere of thought, and collective intelligence. The technosphere is the artificial sheath of technology that emerged from the biosphere and now permeates the Planet. When the noosphere becomes fully conscious, it will invoke a new field of awareness with possibilities yet undreamed.

The key function of the Law of Time is to make conscious what has previously been unconscious. All falsity and outdated belief systems are now being exposed and brought into the Light of consciousness. It is the only way the Noosphere of the New Earth can manifest. Noosphere is the first stage of genuinely cosmic civilization on Earth. It is the Awakened Planetary Mind and its inherently magical interactive Intelligence System. This nine year Vision Map outlines a parallel universe potentiality, where we synchronize with Nature and open our hearts to Divine Love so that the new wondrous creation can emerge.

This Vision Map takes us from Blue Lunar Storm Year to Blue Planetary Storm Year(2020-2029). It is a rough outline or template that serves as a guide as we make our way from one stage of evolution to another: the Noosphere. The first step to enter the Noosphere is to adopt the attitude that no matter how dire our current world situation may appear, everything is always possible.


In such myths of the Hopi, the people are warned and given signs to take action in preparation for the wiping away
of the old world and emergence into the new creation of the next world.
This concept is applicable to the Noosphere as a Planetary Rite of Passage.

—Manifesto for the Noosphere​ 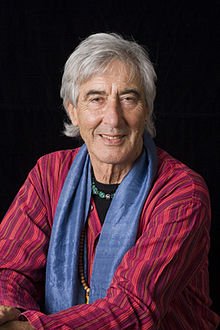 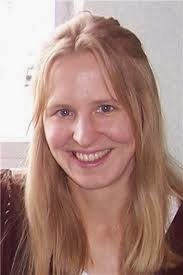 Dr Jose Arguelles (1939 - 2011) Stephanie South
(aka Valum Votan)
Last edited: Oct 16, 2020
Vibrate in accord with the universal notes​
​
I see it's time to change my signature message. Out with the old and in with the new! ​
Reactions: Linda
OP

Some people have availed themselves of this offer. Any one else?
Reactions: Tania

thank you for posting this! I remember reading Jose Argüelle's book about the Mayan Calendar in 1993 and was totally mesmerized...Yes, I would be very happy to receive this pdf! My email is
Last edited by a moderator: Oct 18, 2020

Me too please
Last edited by a moderator: Oct 18, 2020
You don't need anybody to deserve all of your friends, it's just the Love you've given... Yes
Reactions: Tania
A

I also would like a copy. Thank you. Anneire
A

I also would like a copy. Thank you. Anneire
Forgot email, lol.
Last edited by a moderator: Oct 18, 2020

Siggie Pucksterguy adi - I edited your replies to remove your email addresses and put them in a private message to Hailstones Melt.

If anyone else wants a copy, use the private message feature (upper right of screen - little mailbox next to your name) and send it on the HM. This message thread is open to the public, and perhaps you do not want your email address out there.
Everybody all around the world - Gotta tell you what I just heard
There's gonna be a party all over the world
I got a message on the radio - But where it came from, I don't really know
And I heard these voices calling all over the world
Electric Light Orchestra
Reactions: Siggie and Pucksterguy
C

Can I get the PDF too? Thank you.

carmen said:
Can I get the PDF too? Thank you.
Click to expand...

Is there a way to put this PDF on Dropbox or Mega.nz? Then provide a link to the file? I'd like to get the file.
Hailstones Melt
"When you censor a person you do not prove him a liar, you prove you fear what he has to say."
OP

carmen said:
Can I get the PDF too? Thank you.
Click to expand...

Carmen, if you can PM me your private email address, I can pass the pdf of the book along.

therium said:
Is there a way to put this PDF on Dropbox or Mega.nz? Then provide a link to the file? I'd like to get the file.
Hailstones Melt
Click to expand...